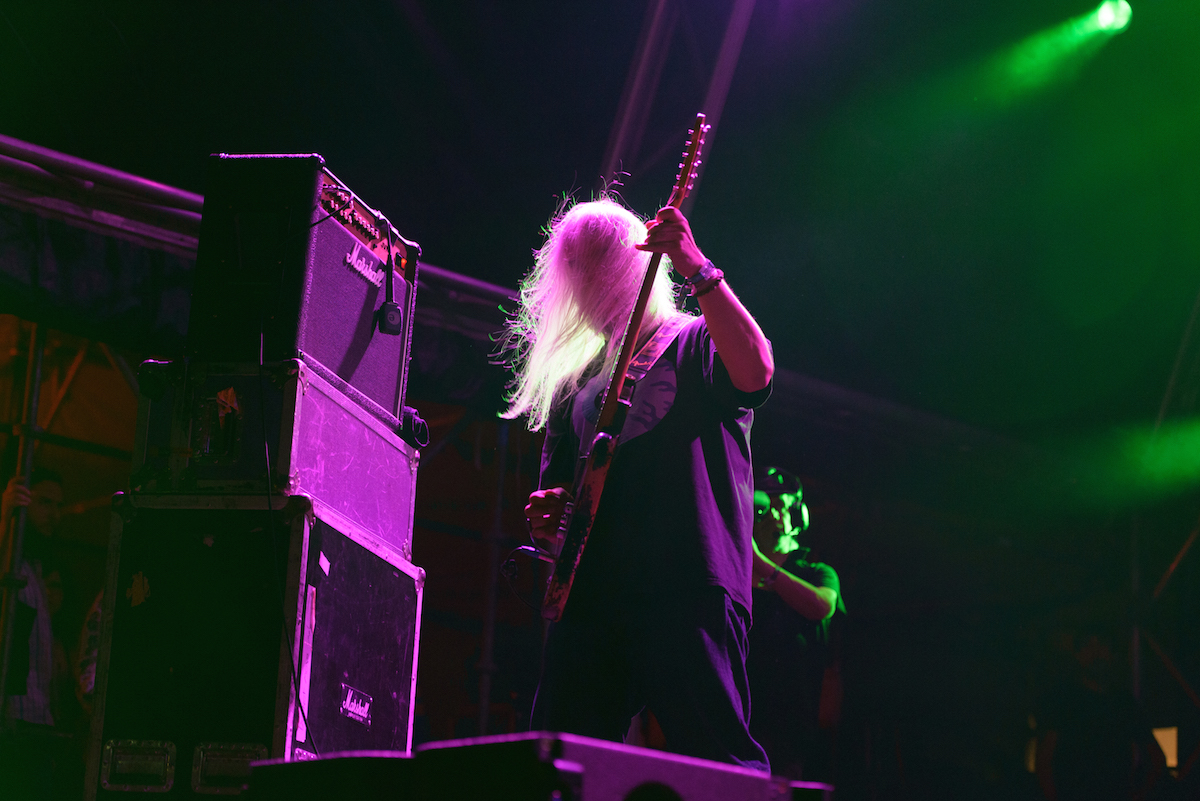 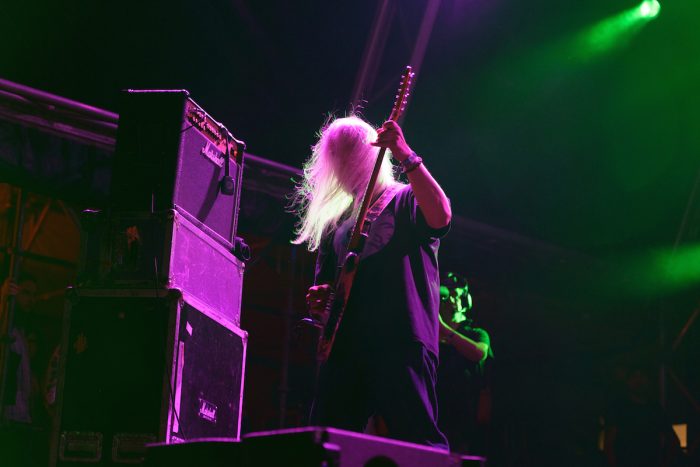 Another awesome day in the baking sun on the Spanish coast at one of the planets greatest festivals, today Dungen, Savages and Dinosaur Jr. all shine!

Day two starts in a flurry of psychedelic noise, with White Fence opening the Primavera stage but our sights are firmly set on the H&M stage where Dungen are about to take the stage. Opening with Fredag it’s immediately apparent they’re in top form, filled with swagger their expansive swirling guitars are still as powerful even on this huge outdoor stage. 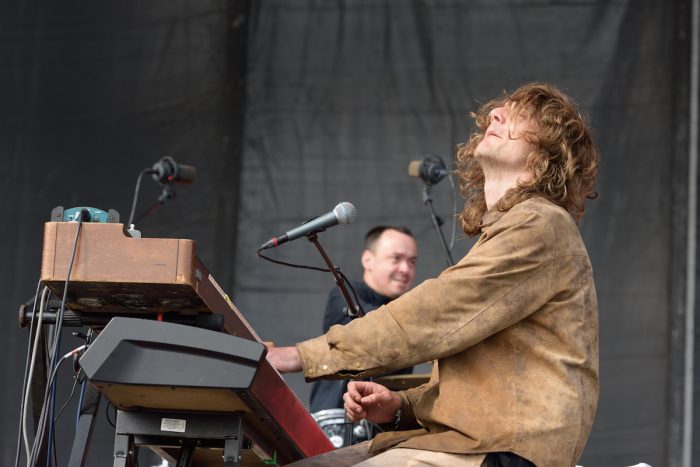 They’re the perfect way to kick off the second day, as the hype the crowd with tracks like Panda. There is a softer element to the band though so its not all overzealous huge soundscapes as they bring the tone down with Sova. From Dungen though we head over the other side of the festival where Ben Watt and Bernard Butler are serenading a packed crowd.

His infinitely delicate sound is perfect in the early evening sunshine; he croons through this incredibly powerful set. Packed with heartfelt ballads, his passion exudes from every track, Watt and Bernard Butler compliment each other perfectly. They seem to feed off the crowd’s energy, as they start early and even over run their set time its all appreciated though by this huge crowd that they’ve amassed. 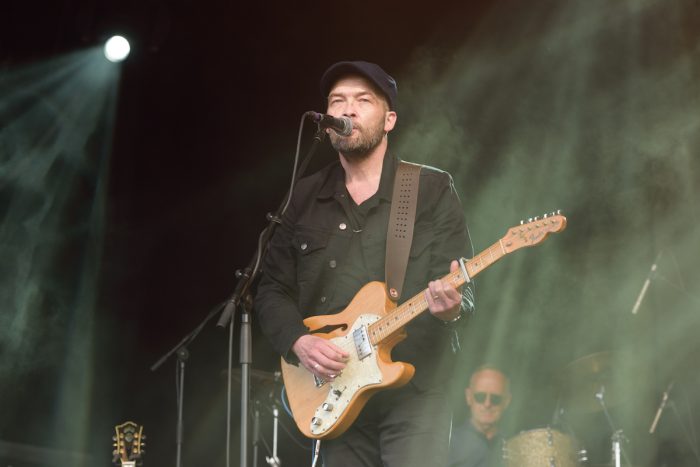 Titus Andronicus on the other hand tear through Primavera in a blaze of huge riffs and angst filled vocals, frontman Patrick putting in an exceptionally powerful performance. Early crowd favourite Fired Up sees the band in visceral form, as does Fatal Flaw. However, it falls to a riotous cover of The Ramones Blitzkrieg Bop to incite a huge crowd singalong. The band go on to close out their set in typically raucous fashion with A More Perfect Union. 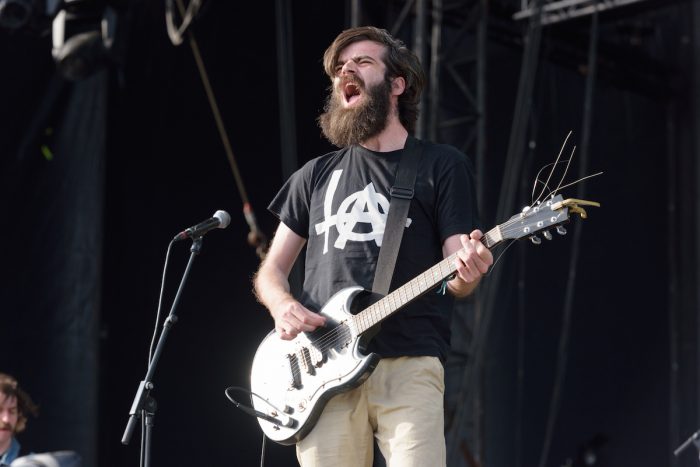 Its an intense set from the American rockers that leaves everyone pumped, Savages are quick to follow them with an equally urgent set. Jehnny Beth is like a force of nature, goading the crowd and spending more time atop the barriers than on the stage. With one of the albums of the year so far its no surprise that the crowd stretches back as far as the eye can see.

With a slew of hits, the likes of Sad Person and Husbands get an early airing as this fervent set whips the crowd into frenzy. There is something truly exciting and powerful about Savages tonight, Jehnny Beth’s inspirational performance she is a complete force of nature. As they close out on Fuckers they leave everybody spellbound, in awe of their passion and excitement. 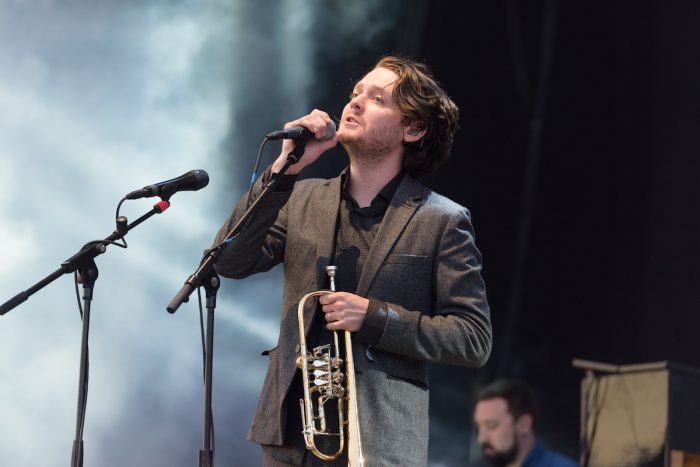 Unfortunately, the same cannot be said for Beirut, their set starts out full of promise but quickly fades in the shadow of the ferocity of Savages. Considering they start up on the opposite stage mere minutes after Savages it is a little unfair on the band, but they do very little to ignite similar passions.

With the imminent arrival of Radiohead the far end of the festival was filling up rapidly, so we make our exit and head down to the smaller stages. As the Cavern of Anti-Matter take to the stage, in a flurry of bleeps and beats they provide one of the most enjoyable and soothing sets. There is a depth and a real beauty to their set, these exquisitely crafted tracks are the perfect antidote to the blusterous goings on elsewhere. 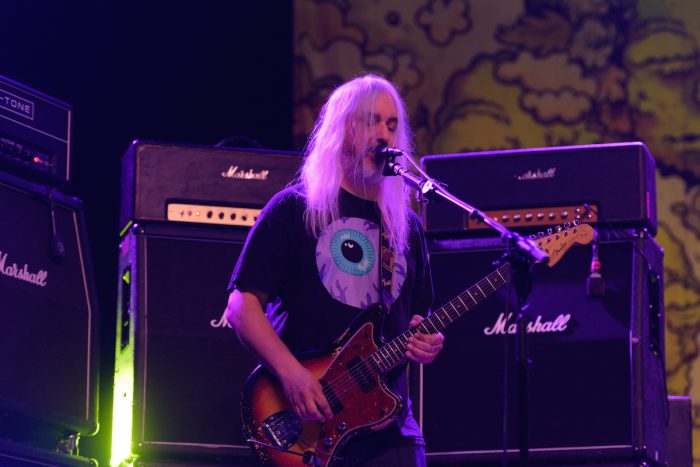 As the aforementioned Radiohead take to the stage, the incredible noise rockers Dinosaur Jr. take to one of the other stages. Cloaked in smoke they set about thrilling this crowd with an epic set that covers their entire back catalogue, as well as two tracks from their new album Glimpse Of What Yer Not. J, Lou and Murph are all in stellar form, with humongous riffs and primal drums.

Their insatiable set features the likes of Little Fury Things, Pieces and Freak Scene. However, new track Goin Down is an early highlight as is the thunderous Tiny, its no wonder that Glimpse Of What Yer Not is one of the most highly anticipated albums of the year. Live these tracks sound out of this world, Dinosaur Jr. at there absolute best. 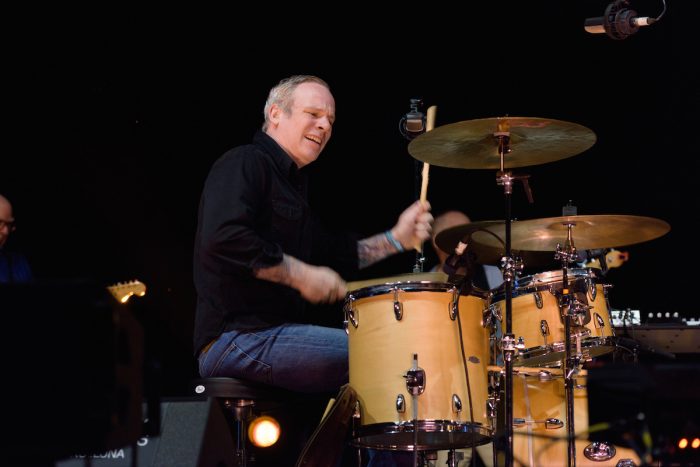 Today seems to be the day of chilled out electronic beats though as the almighty Tortoise are next to take to the stage, with The Catastrophist now out. The band bring their brilliant live show to Primavera, as they swap instruments at will their spiralling bleeps and beats augmented by their double drumming. A spellbinding set from the Americans as they draw everyone under their hypnotic spell, a truly brilliant and exciting set. 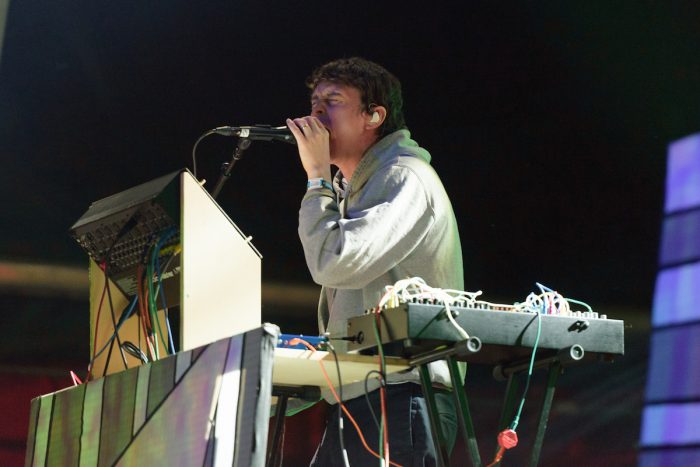 Animal Collective fail to inspire though, in spite of all of those who’ve thrilled us today, we had the highest of hopes for Animal Collective and with Painting With being such an excellent album. The expectations were high but their set seems to lack energy and enthusiasm, their expansive synths don’t resonate as they normally do. They pick things up at the very end with what is meagre compensation in the form of FloriDada but it is all too little to late as by this point the damage is already done.

Day two though has been full of thrills and spills, in spite of the majority of the crowd deserting every other stage but the Heineken stage whilst Radiohead were on. The likes of Tortoise, Dinosaur Jr. and the almighty Shellac all put on incredible shows.