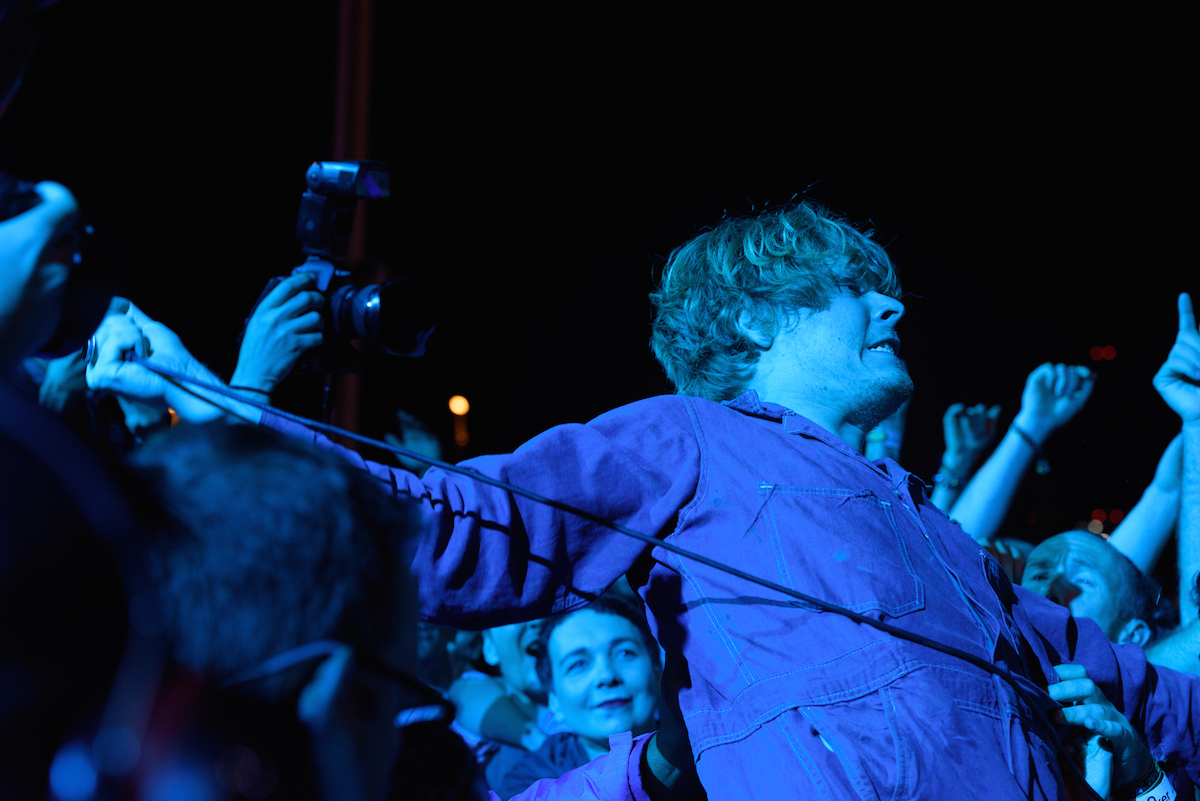 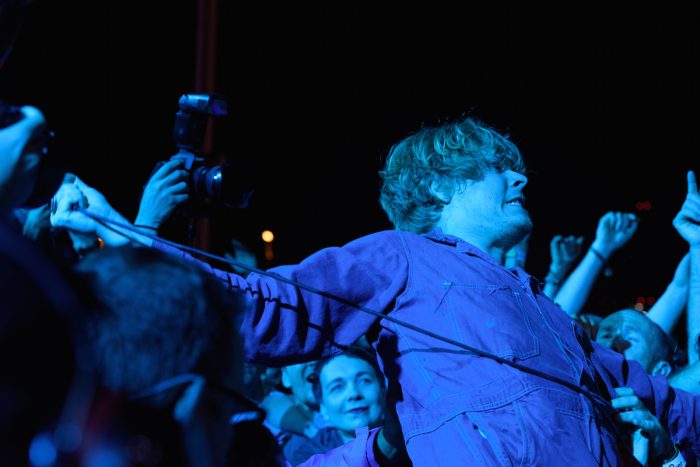 The final day where Primavera seem to have saved the best until last, with two legends both putting on awe-inspiring sets and Ty Segall rounding off proceedings in rather ecstatic fashion.

As with the other two days of the festival there are a flurry of acts to start the day, today though is slightly different as two of these acts are on Primavera’s own label El Segell Del Primavera. First up is the gentile Americana infused tones of Joana Serrat, her sweet tones kick the day off to a beautiful start. However, it’s The Saurs who pique our interest early on their ferocious garage rock has hints of many names on todays bill as they tare through an exciting set that raises pulses early on. 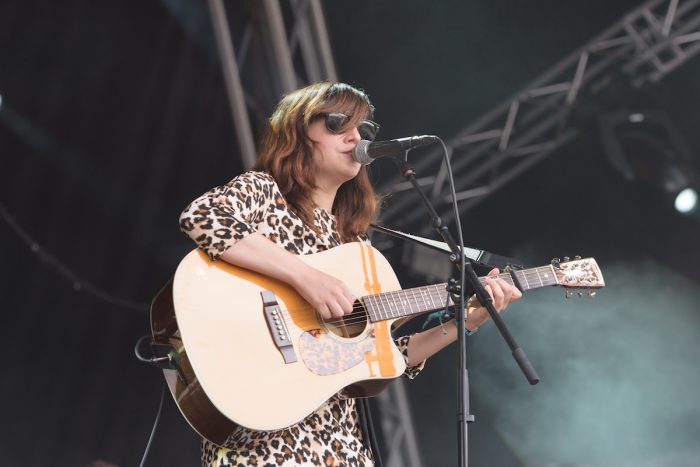 Following on from this flurry the first band we settle in for is The Chills, with new album Kaleidoscope World dominating todays set. Early favourite is the title track Kaleidoscope World, and there are a raft of old tracks thrown in for nostalgic purposes, including the likes of The Male Monster From The Id, Night of Chill Blue and Heavenly Pop Hit which closes out the set. For this being The Chills’ first ever Barcelona show, they draw a hugely enthusiastic crowd who dance and sing along throughout this brilliant set. 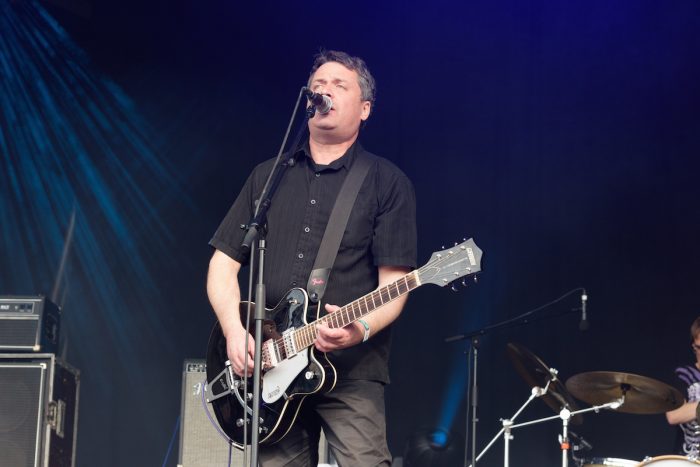 There are few artists steeped in so much history as Brian Wilson, safe to say he has drawn one of the biggest crowds of the entire festival. He takes to the stage in particularly high spirits as he explains how this set is going to go. Before launching into a rapturous rendition of Wouldn’t It Be Nice, what follows is quite simply euphoric. Pet Sounds still sounds as amazing as ever, as it causes huge karaoke style sing-alongs throughout the set.

However, it fortunately doesn’t end with Pet Sounds as Wilson delves into The Beach Boys catalogue with exceptional renditions of some of the bands biggest hits the likes of Good Vibrations, Fun Fun Fun, and I Get Around all getting an airing. By far one of the biggest highlights of the festival a true legend who put on one of the most endearing and brilliant sets of the entire festival. 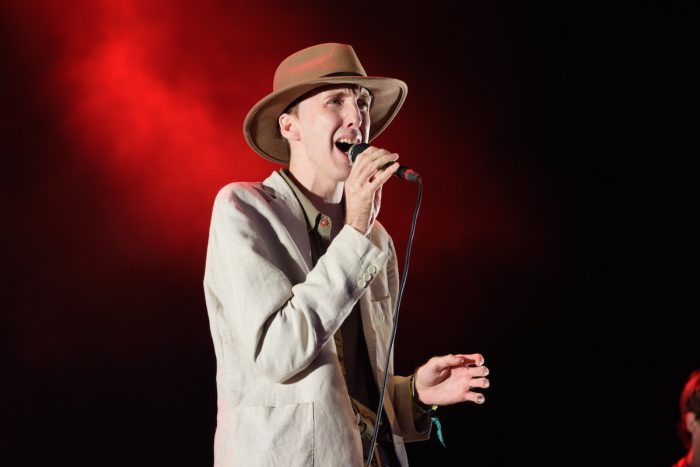 Deerhunter tonight provide a breather between two legends, Bradford Cox bounds on to the stage filled with excitement. He confesses to being particularly excited to be sandwiched between two of his heroes, as they set about getting everyone excited for PJ Harvey. Opening with Rainwater Cassette Exchange it set the pace for an enthusiastic set, tracks from Feeling Frontier shine through the likes of Duplex Printer and Snakeskin are particular highlights. Alongside the likes of Agoraphobia and Helicopter, Cox’s boundless energy is impressive as he flings himself around the stage with wild abandon. It’s the perfect warm up for PJ Harvey.

As the opposite stage darkens and a tub thumping rhythm begins as PJ Harvey marches on to the stage with her all star band to a riotous reception, as they open with Chain Of Keys she is incredible from the off. The Hope Six Demolition Project gets aired almost in its entirety the only omission being Near The Memorials of Vietnam & Lincoln, her potent lyrics as influential as ever, even in a sea of thousands Harvey is utterly captivating. The harsh tones of The Words That Maketh Murder though is a particular highlight, its rousing drumbeat and snarled lyrics.

That said though the likes of The Wheel and The Community Of Hope are equally compelling, it’s a masterful set though exquisitely choreographed and delivered with otherworldly passion. The word legend is apportioned all to easily for my liking, but in the case of PJ Harvey it is not used often enough. Her insatiable stage presence, her phenomenal tracks and her incredible band all culminating in this astounding set. 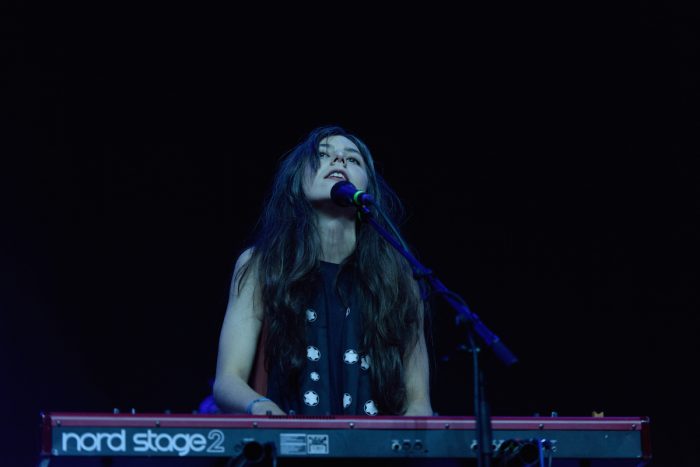 You would think this would have been the end to the festival, yet the party kept on going through into the wee small hours. We had a brief dalliance with Julia Holter whose beautiful brand of synth pop provides a soothing soundtrack after the thunderous set from PJ Harvey, Everytime Boots is the early highlight of her set.

However, the packed Primavera line up is the gift that keeps on giving as Parquet Courts take to the stage, a packed crowd has assembled at the Pitchfork Stage hyped up and ready to party. Opening up with Master of My Craft its clear from the off that this is going to be one of the most energetic sets of the whole festival. With numerous crowd surfers tipping over the barrier, the band feed off the crowd’s enthusiasm. 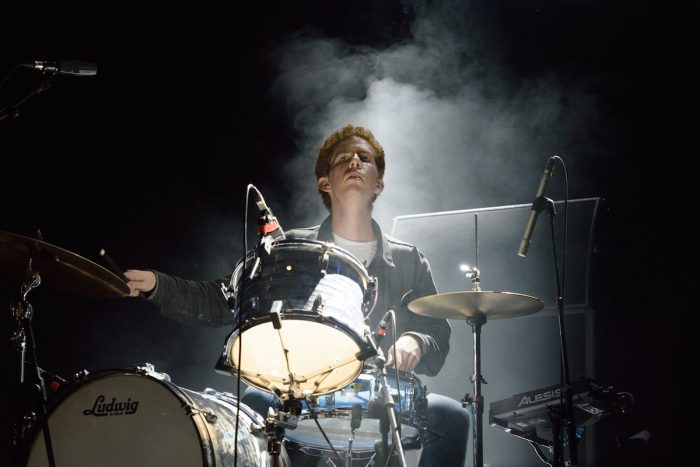 New album Human Performance dominates the set list with a couple of older tracks thrown in for good measure, Parquet Courts are quickly becoming a very prolific band. Their distinct brand of American indie once again setting them apart from so many other landfill indie bands. It’s a high octane and fervent set from Parquet Courts an undoubted highlight of the whole festival.

The best was still yet to come, in spite of fulfilling childhood dreams with Brian Wilson and being dazzled by PJ Harvey, Ty Segall bounces on to stage with his current band The Muggers. He’s full of bravado in his baby mask, immediately getting the crowd on side throughout opener Squealer. Segall doesn’t remain on stage for long though, quickly diving headlong (literally) into the photographers’ pit where he caused havoc before heading into the crowd.

It’s a roller coaster ride throughout, with Segall’s latest output the likes of Candy Sam, Breakfast Eggs and Mandy Cream all feature. They’re truly on top form tonight, his superstar band hold everything down as Segall at times stands in the crowd watching them. It’s the perfect way to end this years festival, an insane set by one of the planets most prolific and finest artists.

This years Primavera Sound has been the most diverse to date, with a line up that caused so many heartbreaking clashes. As well as so many highlights, this year has been the best to date and we can only see this trend continuing, we will certainly be back next year!