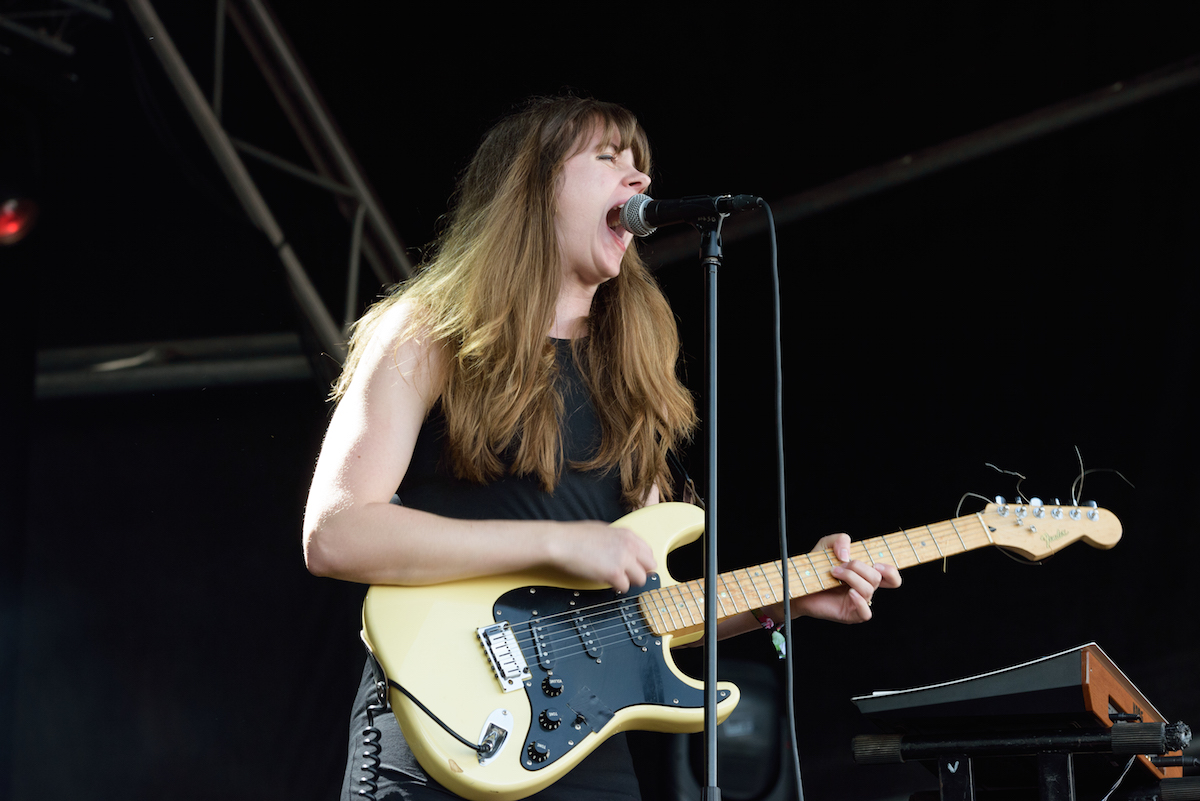 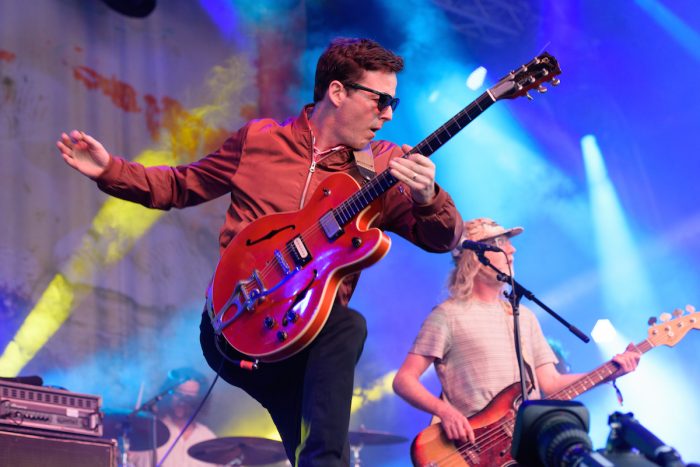 An incredible first day at the brilliant Primavera Sound Festival that saw so many highlights including NOTS, Broken Social Scene and many more!

With so much going on on site, it’s hard not to feel compelled to arrive early and soak up all of the atmosphere of this crazy festival. As the first day begins the ever familiar sight of a huge queue for the info point where the hidden stage tickets are given out, with both Jens Lekman and Aldous Harding playing this stage today its understandable. We opt for a more sedate start with Pinegrove who are playing the first of their two sets (which are almost twelve hours apart).

With a crowd that stretches as far as the eye can see, it’s a welcome start to the festival for Pinegrove and they respond in kind. Despite the baking heat the band tear through an awesome set that features the likes of Size Of The Moon and New Friends, their heartfelt and passionate songs resonating with this huge crowd. There is a real buzz around the site even this early on in what proves to be a long day and night, Pinegrove’s excitement and humbled manner is always endearing but today it feels like everything has been escalated. 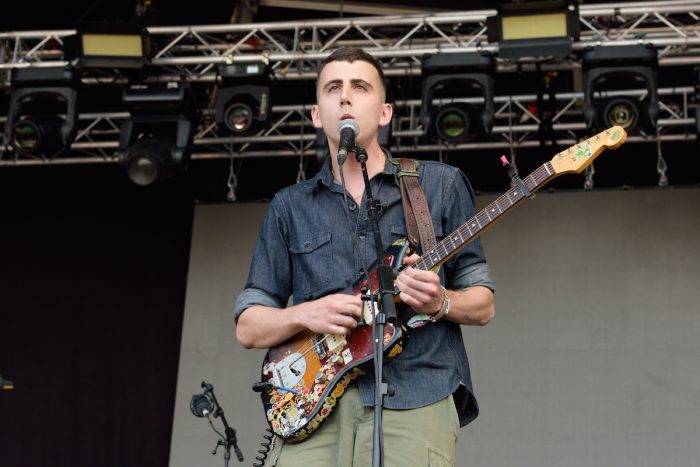 Another humble band are quick to take to one of the larger stages on the festival site with Cymbals Eat Guitars, playing tracks from their last two albums dominating the bands set it’s a heavy indie rock affair. There is a huge love for the band exuding from the crowd as they thrill everyone with the likes of Laramie and Have A Heart, the depth and feeling that pours out of their lyrics can be felt throughout the crowd, undoubtedly one of the more thought provoking sets of the day.

Memphis band NOTS are quick to take things up a level, with their short sharp tracks are packed with tight riffs and screamed vocals. They’re the first band to set pulses racing today, their infectious energy and excitement adding to this raucous set. With tracks from both of their albums it’s those from Cosmetic, which appear to stand out this evening. The likes of Rat King and Entertain Me are particular favourites. However, their whole set was an intense barrage of brilliant noise without doubt one of the highlights of the day. 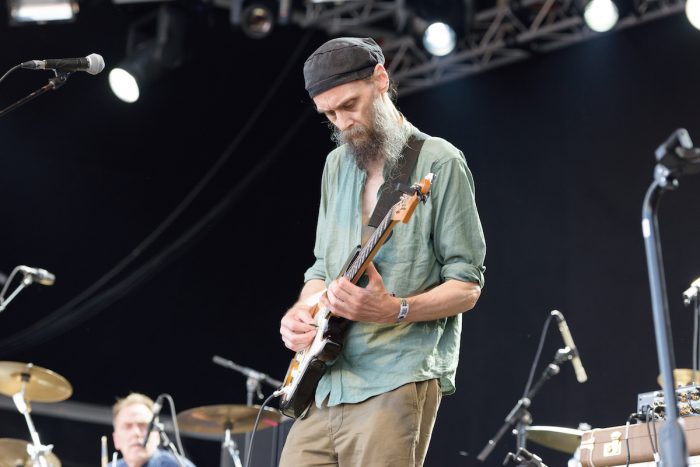 Alongside This Is Not This Heat of course who have amassed a huge crowd by the time their set starts, tonight Charles Bullen and Charles Hayward are accompanied by a talented crew of guests including members of Hot Chip. The expanded renditions of their classic tracks are met with ecstatic approval, with the likes of S.Q.P.R. featuring early on, the crowd appear to be completely in awe of the experimental legends. This is all in spite of the first Unexpected Primavera shenanigan that is occurring right next to the stage. It’s a truly mind bending brilliant set that delivers on all levels.

Whilst Arcade Fire spark up their warm up set we join another huge crowd which has amassed for the incredible Broken Social Scene. With cuts from their as yet released album Hug Of Thunder and a choice selection from their back catalogue it was always going to be an intense set. With so many talented musicians packed on to the stage its amazing how it all comes together, especially as they constantly swap between instruments. 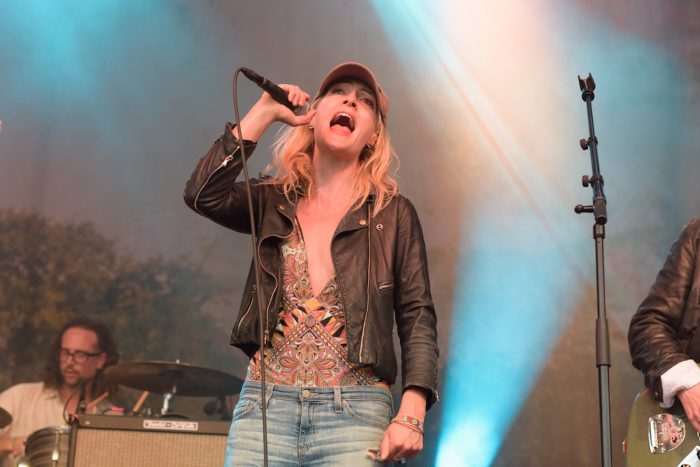 Ultimately though its their beautiful love songs that shine through tonight as the sun sets behind the band Halfway Home and Anthems For a Seventeen Year Old Girl seem to strike a cord with the crowd. As well as a rather wonderful rendition of Ibi Dreams Of Pavement which is cut with bits of Total Eclipse Of The Heart, which can be heard being sung back at the band from across the festival sight.

The Afghan Whigs are quick to follow Broken Social Scene on the same stage, Greg Dulli and company are in fine form this evening. As they delve into their new album In Spades with the likes of Birdland and Demon In Profile being particular favourites. They also indulge the crowd in some of their back catalogue with John The Baptist and Algiers also making an appearance this evening. It’s a dark and brooding set a complete contrast to Broken Social Scene, but a welcome one Dulli taunting the crowd who respond in kind. In all though this set just serves to prove how exceptional The Afghan Whigs are. 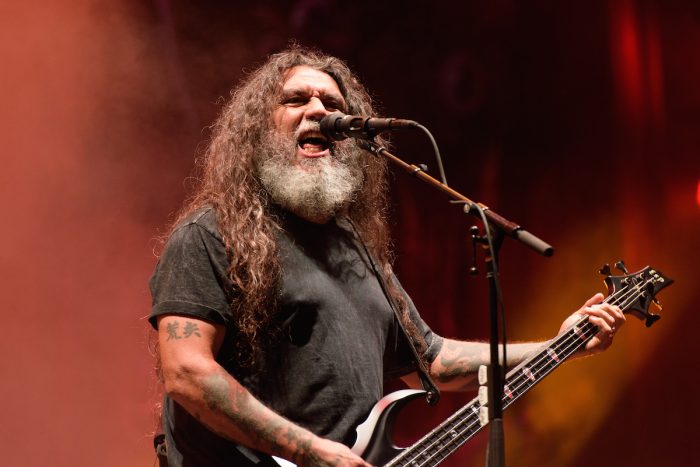 With the diversity of the Primavera line up there is always a curve ball just around the corner and tonight’s comes in the form of Slayer. By far the most intense band on todays line up, they take over one of the huge stages, directly opposite the stage that Bon Iver has just closed out his set on, with the most delicate rendition of Skinny Love. The stark contrast is obviously undeniable, thunderous drums, huge riffs and an incredible stage setup. You really cannot fault Slayer on this occasion.

They came, they saw and they conquered, with a set that including Raining Blood and Angel Of Death they owned the stage with their exceptionally polished performance. This set really helps to explain the sheer brilliance and slight madness of Primavera’s booking policy as they were followed straight after by Aphex Twin. There are very few other places in the world that you would get to see this combination of bands in such quick succession. 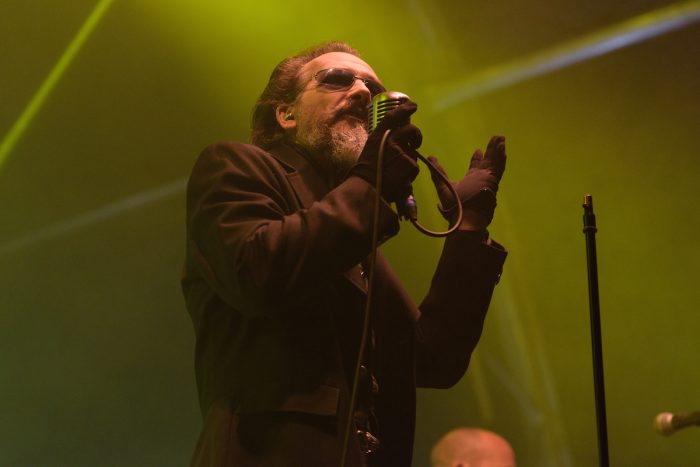 Instead of Aphex Twin though we opt for The Damned, playing on one of the festivals smaller stages it feels a bit unfair as the crowd they’ve drawn significantly outweighs the size of the stage. Their set is packed with classic tracks that enthuse the packed crowd and has everyone singing along to the likes of Disco Man and I Just Can’t Be Happy Today. Along with a cover of Love’s Alone Again Or, The Damned are in particularly upbeat form tonight as they tear through their set with wild abandon easily rivalling the energy of any other band.

Our final stop on day one is King Gizzard and The Lizard Wizard, the prolific Australians kick their set off with Rattlesnake which is arguably their biggest track. However, they appear to maintain the initial excitement that this creates, they continue to fly through their set at pace barely pausing to take a breath. Their energy is insatiable, their grooves undeniable, and what they lack on record they certainly make up for live. It is beyond impressive on this occasion, King Gizzard and The Lizard Wizard are one of the most captivating bands around, a truly exceptional set! 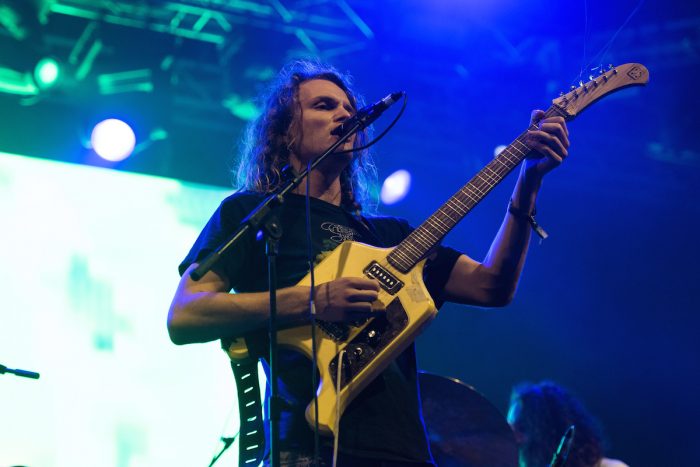