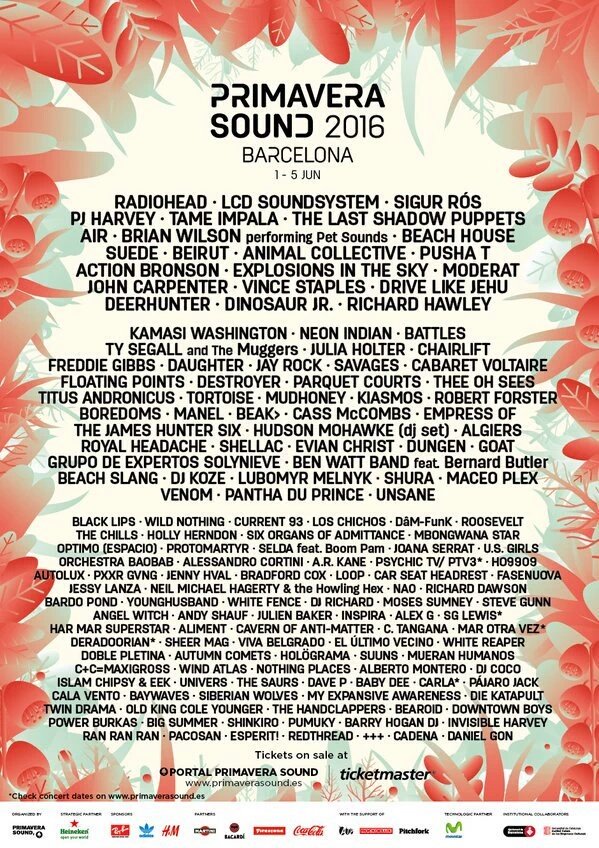 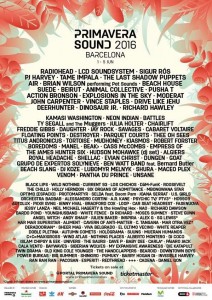 Primavera Sound is one of the best festivals on the circuit, with a balance between big names and some of the most cutting edge artists around.

Its set right on the seafront in Barcelona’s Parc Del Forum, this years bill boasts the most musically diverse yet from stadium rock gods like Radiohead to Unsane and from soundtrack legend John Carpenter to Vince Staples.

With LCD Soundsystem, and PJ Harvey also set to perform.

Not wanting to leave out their sister festival, NOS Primavera Sound in Porto they’ve announced that French duo Air will play this years festival. With a further announcement coming soon.