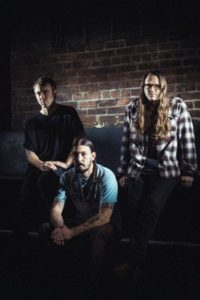 Louder Than War today premier the brand new video by LA-based Alt-Rock trio The Primals. ‘Hello Cruel World’ is a typical slice of riff-heavy rock showcasing the bands gift for melding distortion with the infectious nature of a pop melody.

The footage for the video was gathered during The Primals (John Henry, Chad Fjerstad, Andrew Black) first ever visit to Europe and is released just as the band announce support dates in the US with Cave In later this year.

‘Hello Cruel World’ is taken from the bands debut album ‘All Love is True Love’ which was produced by John Reis (Rocket From The Crypt, Drive Like Jehu, Hot Snakes) and which is out now via Southern Lord.

The Primals can be found via Bandcamp   or Facebook