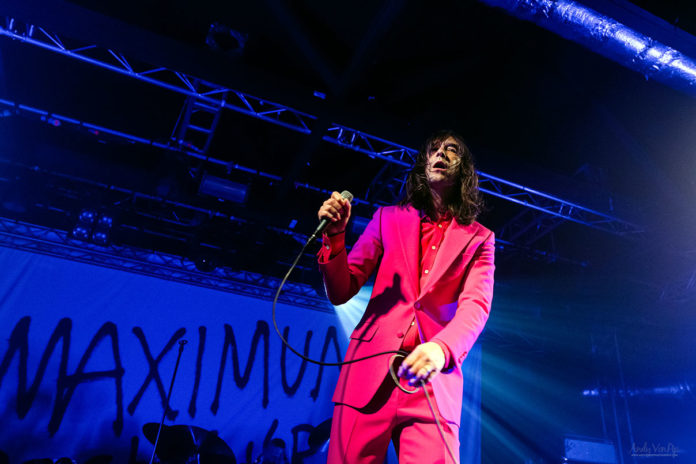 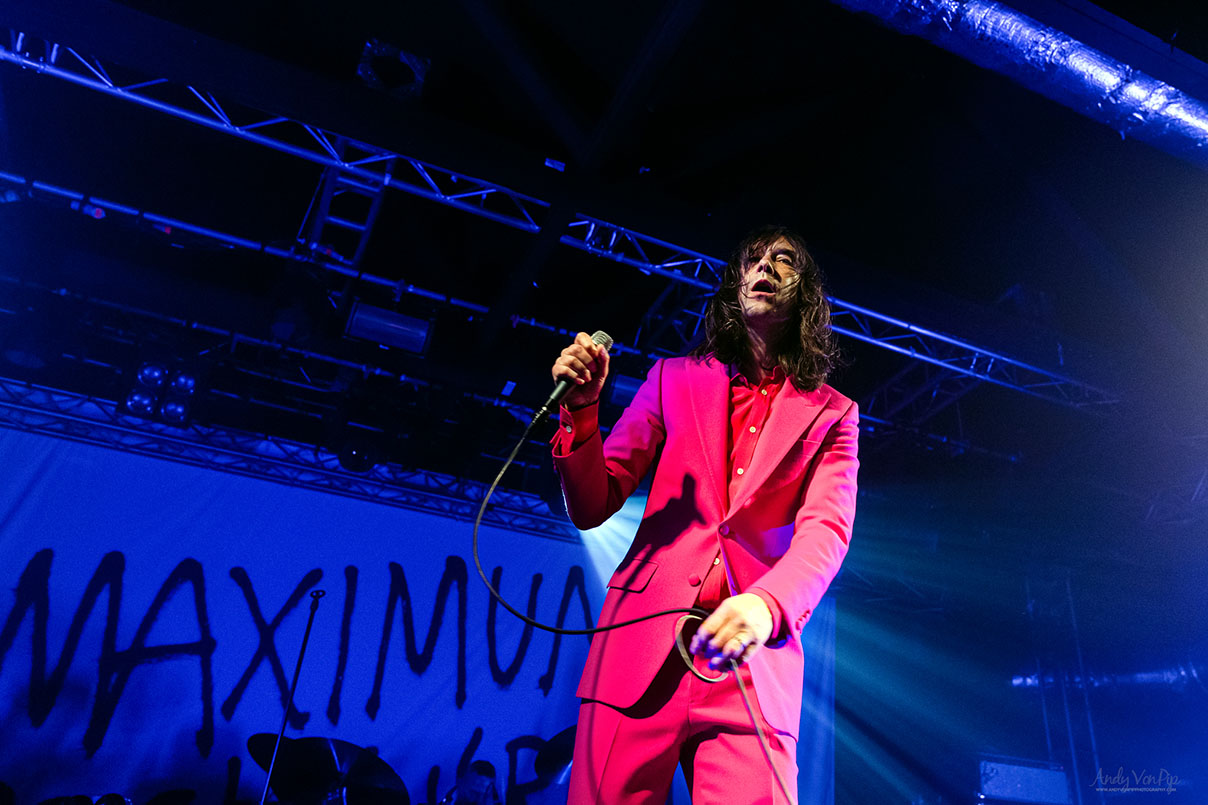 Jake Breeze watches music giants Primal Scream at work on their ‘Maximum Rock ‘N’ Roll’ journey as it stops off in Manchester.

The Albert Hall is a beautiful venue. Let’s start with that. If you haven’t had the chance to check it out yet, go. Even if you don’t like a single band on the bill, it’s worth 20 quid on its own just to see it. Stained glass, glints with the reflection of the dim low of lighting on the seating in the upper deck. There’s history in here. And tonight, a piece of the UK’s musical history is taking to the stage. Primal Scream needs no introduction. The crowd are mostly 35+, I overhear veterans swapping stories of gigs long passed, and everyone is there for the music and the music alone.

There’s not so much excitement as an expectation in the air; everyone knows it’s going to be good. It’s just a question of how much. I love gigs like this, everyone is here to observe some masters of their craft do their thing. There are die-hards at the front from 7pm when the doors open, I take the top deck seating, which fills up quickly. Whilst not really part of the gig, it’s worth noting that I have never seen a gig fill up so quickly. This is my first time watching Primal Scream, and I get the sense that you really want a great spot to see some masters at work. Just as I sit down, Wild Daughter takes to the stage. I’ll be the first to admit that I don’t get it, but the crowd certainly do, so who am I to pass judgement. The band strike an imposing scene on stage, decked out in leather, the lead singer sporting so impressive assless leather pants. They don’t have a drummer with them and are pumping out their riff-heavy punk rock to a backing track- a bold choice that they still manage to carry. But they do leave an impression: ok their music is nothing game-changing, but the striking glam/punk fusion certainly sticks in your mind. 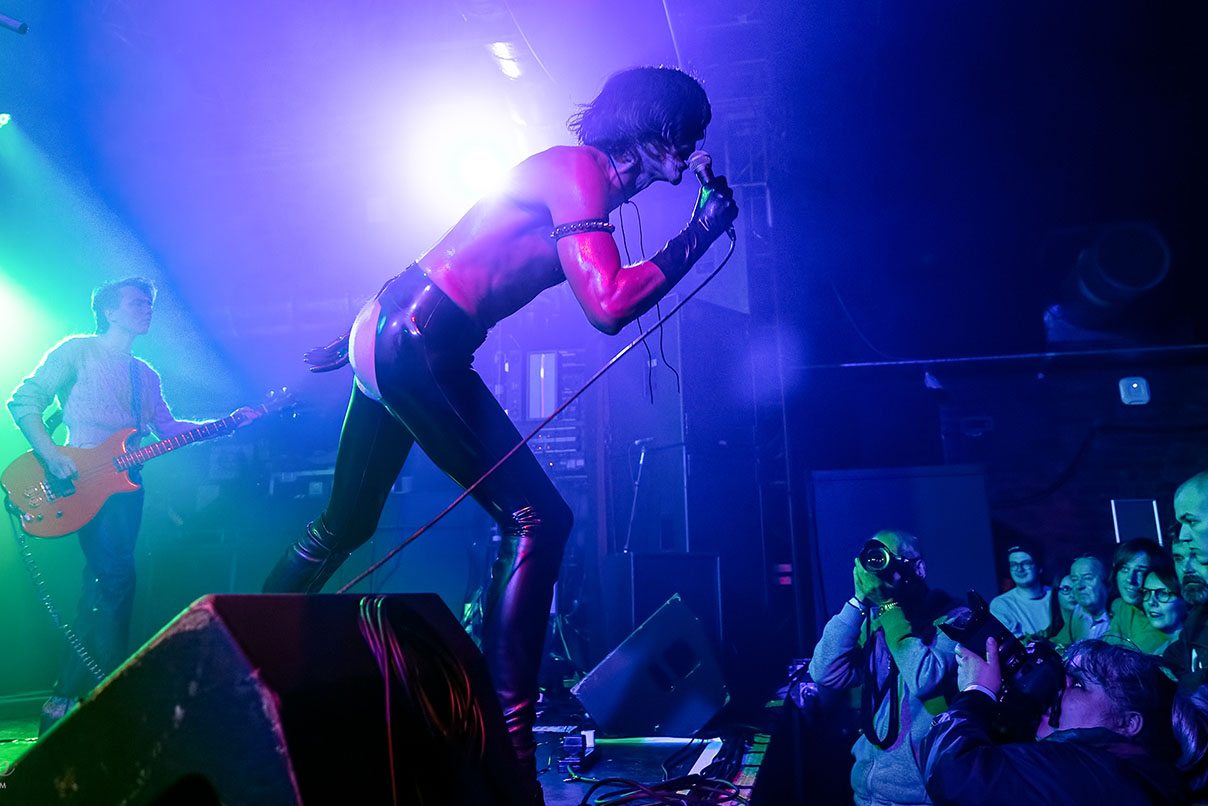 Wild Daughter leave the stage and are replaced by booming 70s and 80s classics. London Calling by the Clash hatches a spontaneous sing-along from the crowd. I’m soon proven right in my estimations that this crowd are going to be mad for it. The lights dim, and instantly the entire crowd from top to bottom is on their feet, bathed in blue light. That old 90s guitar sound was built for this kind of room. What’s more, it translates into a more laid-back time for music. The head-nod replaces the headbang: there were no mosh pits in Madchester. ‘Get high til I die’ is the refrain, the innocence and abandon of Primal Scream’s party-rock is timeless. Gillespie’s voice hasn’t aged a day. Watching the crowd is almost as entertaining as watching the band. You’re talking a room of people who are mostly old enough to remember when the Soviet Union was still fielding football teams; making the room shake with their voices alone. The crowd sways and writhes, and if you closed your eyes you’d swear you were at a small festival rather than a fairly intimate show in one of Manchester’s larger venues. That’s the odd thing that struck me about Primal Scream, the way they held the stage complemented the feel-good heart of their songs. There’s no need for outlandish athletic displays or 18-minute guitar odysseys: the music just takes you through all the ranges of emotion on its own. In a way, it feels as though the band are just a conduit to music that’s always been there. I’m not claiming divinity, but it’s just very rare to see a set with such variety and scope move a room of people that have seen it all before, the way that Primal Scream manages to do. 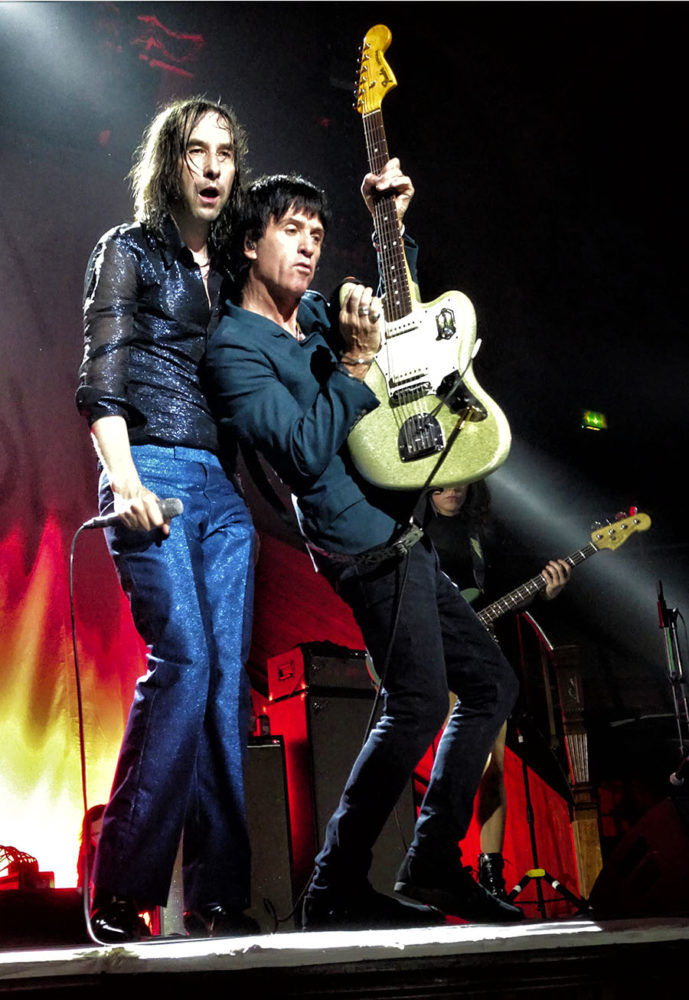 In an age of music where our ageing heroes are seemingly as confused as we are about where things are headed, Primal Scream just keep it real. Play the songs the people want to hear, remember that it’s all good. And that I think is the general take-home feeling from the gig: it’s all good, man. And to be honest, the rest of the gig is just that: an amazing band playing an amazing show. The crowd loved every minute of it. Even in the slower parts the energy somehow maintains. Throughout, the classics just keep coming, yet it doesn’t feel forced. The band clearly still loves to play those songs from their back catalogue, and they still care about the fact that some of these songs have defined the tastes of a generation of people. Yet still there’s more. During the encore, none other than Jonny Marr appears from the darkness. At this point, fully grown men are screaming like teenagers, they can’t believe their luck. ‘I wanna get deep down, deep down’. Legends combine, and it is transcendental.

Catch these guys while you still can, giants still walk among us.

All words by Jake Breeze, Jake is also in the band Rivet City. You can find Jake on Facebook.

Bobby Gillespie and Johnny Marr photo by Ian Corbridge. You can find more of his writing at his author profile.