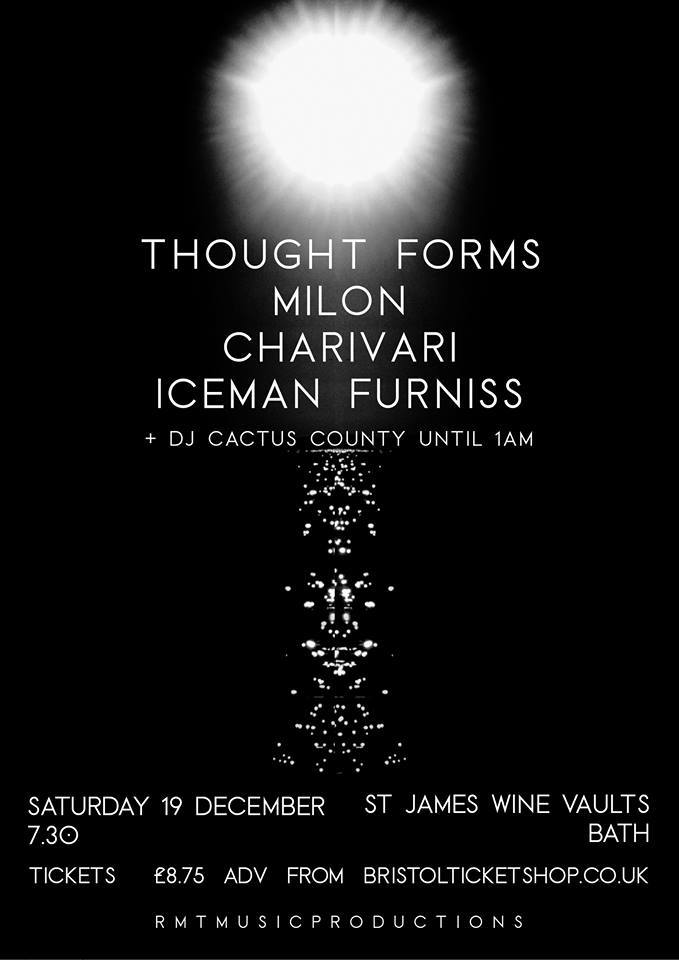 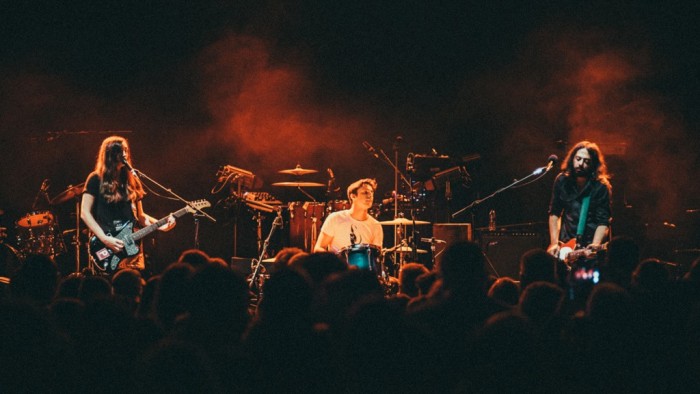 This Saturday (19th December) Thought Forms play a hometown Christmas show at St James’ Wine Vault in Bath. They will be playing some of our new songs for the first time and will be joined in noise by the very excellent Jim Barr (Get The Blessing / Portishead). The first part of 2015 saw the band tour the UK with Marmozets and join Portishead at Montreux Jazz Festival. Also playing with that night are Milon, Charivari and Iceman Furniss (featuring members of Repo Man) plus DJ Cactus County will be playing tunes until 1am. 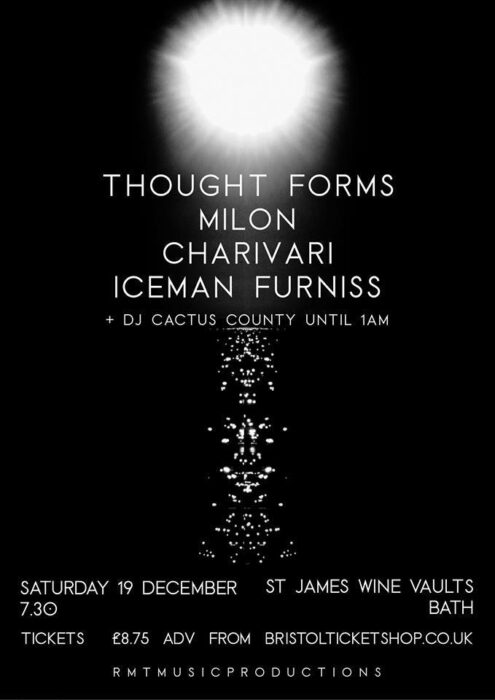 Thought Forms are now deep in the process of recording their next album for Invada Records.

Since their initial connection in 2006, the three members of Thought Forms have together explored an ever-changing sonic terrain. Harbouring a shared love of guitar abuse and pedal worship, they found themselves at home on the acclaimed Bristol-based Invada Records and if their 2009 debut for the label was about finding the dynamic limits of their atmospheric sound (gently prodding and probing varying elements) then the huge great slab of guitar that greets you instantly on ‘Ghost Mountain’ roars with confidence of a band who’d found their level from which to fully explore their creative expression, having spent the intervening years touring extensively and releasing a number of experimental, improvised recordings.

Veering between two opposites, from brisk, scuzzy American garage rock to brutal, anguished noise constructions of ethereal psychedelic doom, the scope of Thought Forms sonic arsenal is vast and the groups familial bond has aided them in making their mark live; tour support slots with Portishead, 65daydsofstatic, Beak>, Kaiser Chiefs, and Chelsea Light Moving as well as appearances at festivals such as Green Man, Supersonic, Incubate and ATP have seen them cultivate a colossal sound that bands twice their number would struggle to recreate.

It was during a tour with Brighton’s Esben And The Witch that a plan was hatched to release a split LP together in the spirit of the camaraderie that was prevalent in the alt rock scene of the late 80s/early 90’s. This was released in 2014 to great critical acclaim and saw both bands record live sessions for BBC 6 Music.

RMT Music Productions have recently hosted shows for a whole host of artists such as Ken Pustelnik’s The Groundhogs (yeah! The 60’s Blues legends), This is the Kit, Kelley Stoltz (Castle Face), Dirty Ghosts, Eyebrow (Pete Judge of Get The Blessing), Nick Harper, Mike Doughty (Soul Coughing).  RMT Music Productions are developing a name as leading independent promoters around the West Country showcasing a diverse and eclectic array of current artists as well as named artists from all eras of music gone by. 2016 promises to be a progressive year with a whole host of new diverse jazz / psych / rock / singer songwriter shows to be announced. With it will see further exclusive performances and interviews released via the RMT Music Productions Youtube channel and also a live compilation album featuring artists that have been multi-track recorded at the shows.

Tickets can still be bought here.