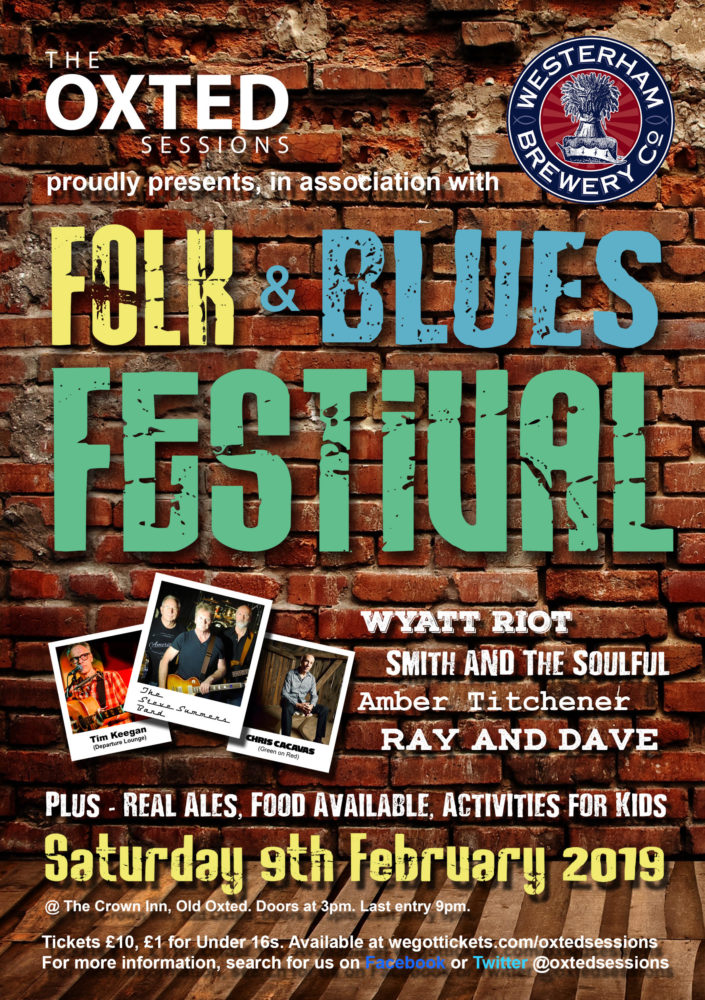 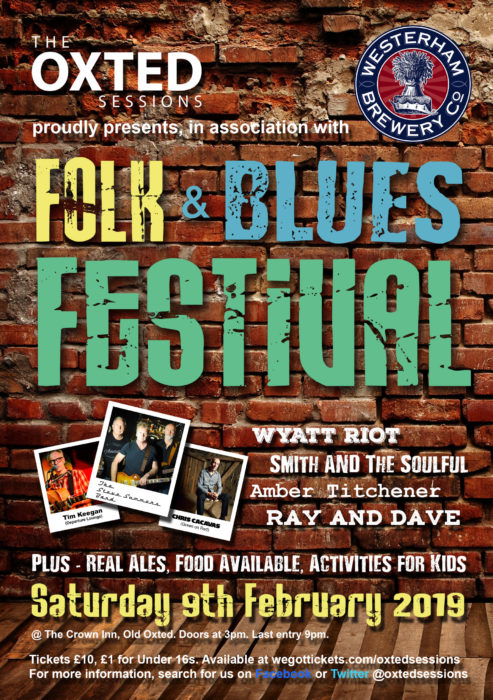 The Oxted Sessions, in association with Westerham Brewery, are proud to present the first Oxted Folk & Blues Festival. The one-day music festival will be held at sixteenth-century pub The Crown Inn on Saturday 9th February.

The Steve Summers Band, a superb three-piece blues-rock band rooted in the traditions of American blues, heads the bill. They are joined on the line-up by the folk-rock stylings of Tim Keegan (Departure Lounge, Robyn Hitchcock), who plays a full-band set; and Chris Cacavas (Green on Red,The Dream Syndicate), who is flying in from Germany for a rare UK solo appearance. Four of the best local Folk &amp; Blues acts – Wyatt Riot, Smith & The Soulful, Amber Titchener, and Ray ‘n’ Dave – complete a stellar line-up.

The festival will also feature a range of Westerham Brewery’s excellent beers, while The Crown’s acclaimed kitchen team will be providing a barbecue. And for families, there will be activities to keep the kids entertained.

Tickets are on sale now for The Oxted Folk &amp; Blues Festival, priced at £10 (or £1 for under-16s), and are available here. More Info on the acts can be found at the Festival’s Facebook page.