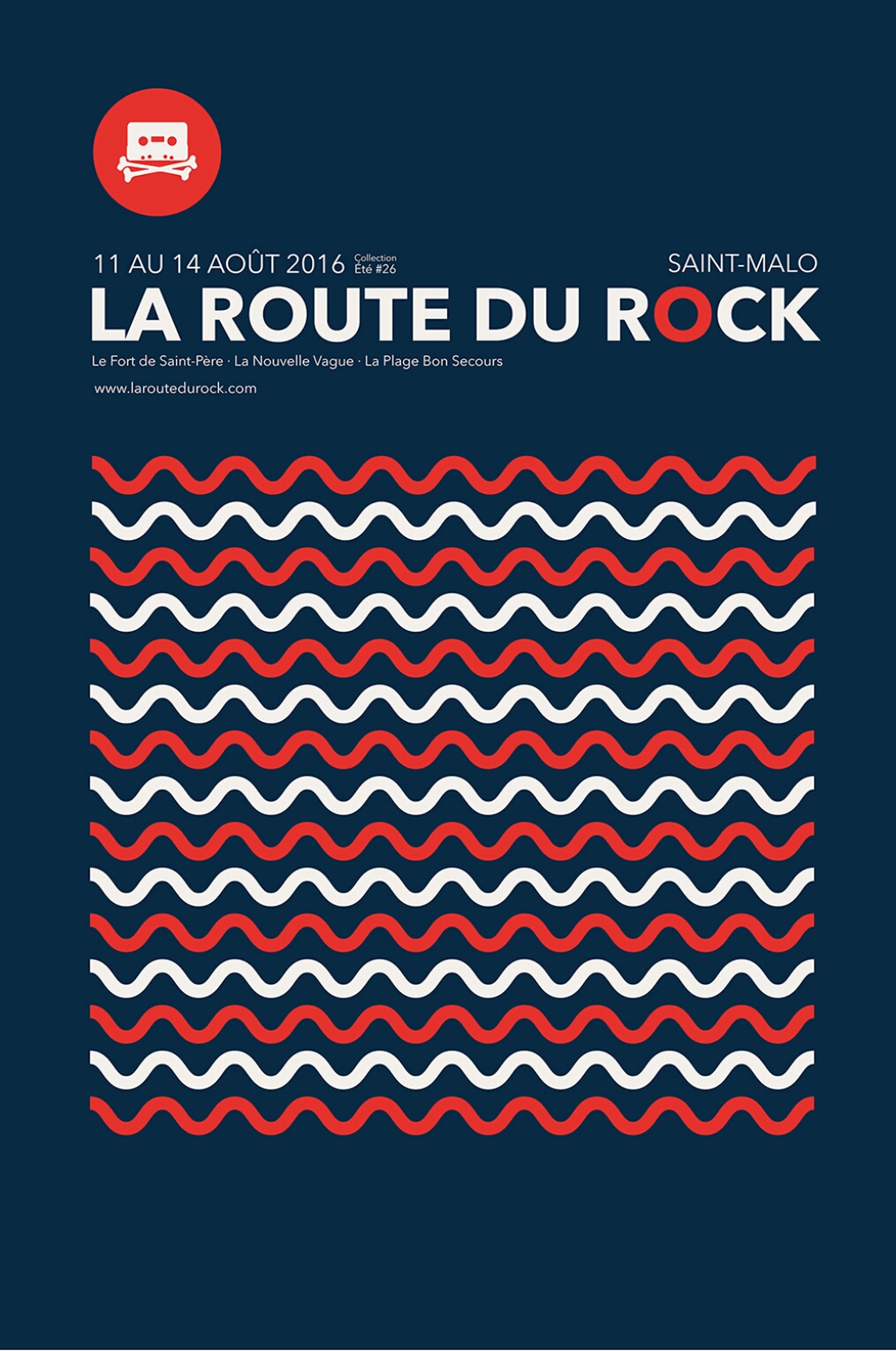 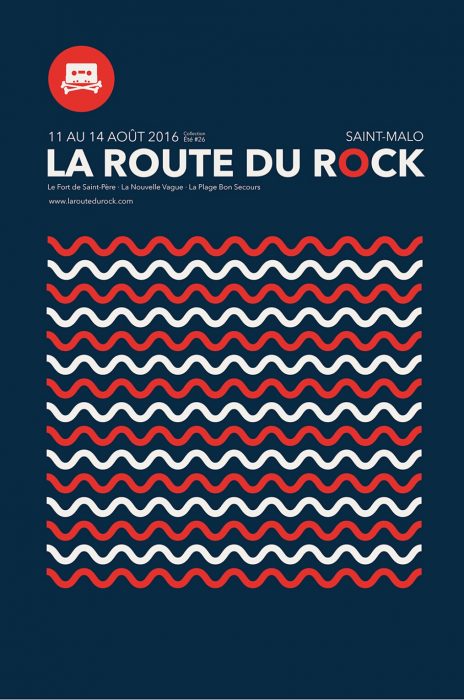 A personal view of La Route du Rock festival in Brittany, which this August plays host to Savages, The Fat White Family, Belle and Sebastian, Tindersticks, La Femme, Suuns, Battles, Julia Holter and Sleaford Mods and many more…
When I first stumbled off the Portsmouth ferry onto St Malo’s harbour in August 2009, I felt like I’d come home. Not because I’d arrived in France, where I’d eventually settle, but because St Malo reminds me so much of where I come from in Cornwall. Les jolis bateaux and le port pittoresque could be a scene from Newlyn, or Mevagissey, or any of the other quaint fishing harbours dotted around the Cornish coastline.
The similarities don’t end there. Both regions share a similar history and a closely related Celtic language; Kernewek and Brezhoneg. Both are pushing for greater devolution, fly distinctive black and white flags, and are famous for their food; the Cornish introduced the world to the pasty, the Bretons, the crepe. There’s even an almost identical castle floating in the water if you look out to sea from the stunning beaches on both westerly coasts; Saint Michael’s Mount in the Mount’s Bay shares the same tidal island characteristics and the same conical shape as Mont Saint Michel, though it is in fact much smaller. To encounter a place so familiar and yet so different at the same time takes a while to adjust to, like stumbling upon some coastal Twin Peaks equivalent. In a good way of course.
Some of the shows take place in Saint Malo itself – at La Nouvelle Vague theatre, or sur la plage – though the main festival is a bus ride away, located at the Fort Saint-Père next to Chateauneuf Ille et Vilaine, un petit village bucolique!
“The festival site is relatively peaceful in the afternoon, before the main influx of rosbifs arrive festooned in their crosses of St George and their bad manners,” I wrote on The Quietus in 2009. “European kids are nicer. They dye their hair black and kiss each other on both cheeks.”
These days there are three stages, though the main stage still very much takes precedence. The acts never overlap, meaning you can reasonably get around and see everyone. At a festival like Glastonbury, there’s so much going on that it would take a decade to see everything, and we all know that’s not possible in three days. At La Route Du Rock, it’s all about the music! If you want to see jugglers then go to the circus.
What’s more, the main stage has the best sound of any festival I’ve encountered (and I’ve encountered a few), while the loudest show I ever saw took place on the first ever night of my arrival. No prizes for guessing it was My Bloody Valentine. Other stunning performances that weekend included Andrew Bird, Bill Callahan and Deerhunter. It was also the first time I ever laid eyes on St Vincent, who would subsequently become one of my favourite artists.
I had such a majestic time that I vowed to return. It wasn’t possible the following year, though I managed to get back in 2011 and witness remarkable sets from Aphex Twin, Josh T Pearson and Mogwai. Again that year I was staggered by an act I’d not come across before, Vancouver’s Suuns, who stole the show for me. It has been a feature of La Route du Rock each time I’ve ventured there, that I’d come away with a new favourite band. In 2013 I moved to Paris, and this time got the train to Brittany instead of the ferry. That year brought unmissable sets from Nick Cave and the Bad Seeds, Fuck Buttons, and Jacco Gardner, a Dutch baroque pop protagonist who again I had not heard before.
2014 brought disappointment. I longed to see Anna Calvi at the old fort, shredding majestically into the night sky, but fate and ill health conspired against me (I also missed Angel Olsen, Baxter Dury and Liars). 2015 was a write off too, but this year I’m back!
Here are the six acts I’m most looking forward to seeing.
Savages: I’ve caught them twice already this year, but they never put on anything less than an amazing show. Savages owned Pahoda Festival in Slovakia, which you can read about here
Tindersticks: I was once lucky enough to see Tindersticks play the Royal Albert Hall with an orchestral ensemble from an elevated box seat. The tenebrous ambience of Fort Saint-Père may be more romantic still!
La Femme: A great band, and their shows are preposterous. Expect to see an all singing all dancing cast and plenty of crowd surfing. I mean actual surfing with a surfboard.
Suuns: They’re back! In fact, they might be one of the few bands to have played LRDR three times. This time promises to be no less special.
Battles: John Stanier is one of the mightiest drummers you’re ever likely to witness, and his band are pretty great too. I wussed out from seeing them in 2011 when there was a mighty downpour, electing instead to sit by an inviting fire back at a Brittany farmhouse. Shame on me and my warm feet.
Julia Holter: I interviewed Jean-Michel Jarre last year, and he spoke about Holter being “the muse” of his Electronica project. I’m looking forward to seeing for myself what such a living legend found so inspirational.
La Route Du Rock might have a scintillating lineup this year, as it does every year, but my affinity with the festival runs far deeper than just what’s on offer musically. Some people love Glastonbury, some people love Reading, well for me it wouldn’t be August if I wasn’t thinking about making a trip to Saint-Malo for North-West France’s finest summer event. It’ll be just like going home again, and I expect I’ll find my new favourite band while I’m there too.
Tickets for La Route Du Rock 2016, including ferry and festival passes that cover the journey and the event itself can be purchased here.