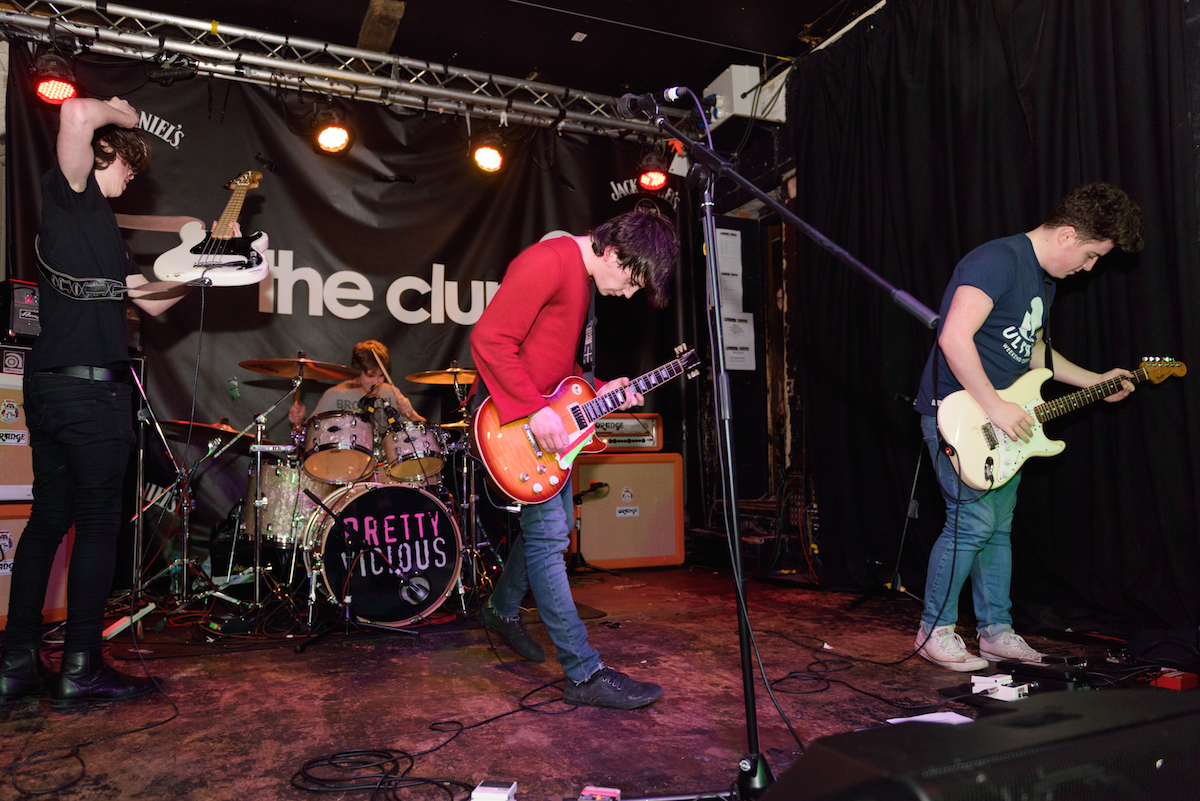 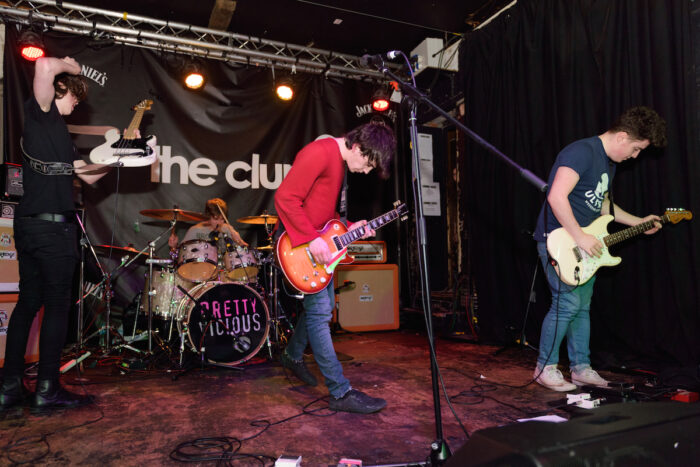 Up and coming Welsh rockers Pretty Vicious prove why they’re hot property right now, off the back of major support slots they tear apart Newcastle.

Pretty Vicious have been gathering pace of late with high profile support slots, including The Vaccines and the Manic Street Preachers. They’ve cemented themselves as some of the hottest property in music right now, tonight sees them taking the headline spot away from the shadow of these bigger bands. They’ve become known for the exceptional live sets, we’re filled with high expectations for tonight.

We arrive as Hull’s Fronteers take to the stage, despite their upbeat sound it’s all rather reminiscent of a bygone era. At times sounding like Mersey Beat cast offs and in the next breath a poor Brit Pop covers band, their set is lacklustre. They lack any originality, the band are talented but don’t even come close to igniting the touch paper.

The same cannot be said for Pretty Vicious though, bursting on to the stage in a fervent manner immediately rallying this crowd with their punchy sound. The frenetic performance of lead singer Brad is incredible, his power and excitement set the venue alight. The ferocity of National Plastics is inspiring; it’s tracks like this that set them apart from the bland indie rock of so many others.

The highlight of the evening though is a rousing rendition of Are You Entertained? With Brad once again harnessing his exceptional vocal power. The set is filled with unbridled passion and angst, and this tracks sees the band truly unleashing. Whilst at times their sound descends into a cacophonous discordant mix of wailing guitars, it still exudes the aforementioned passion.

Pretty Vicious rightly have a swagger about them, they’re hotly tipped and undoubtedly one of the hottest tips for the future. Tonight proves this and so much more, they have the enthusiasm and the boisterous nature required to become something special. All whilst having a fresher sound, they transcend the blandness and boredom of the current crop of indie rock bands.