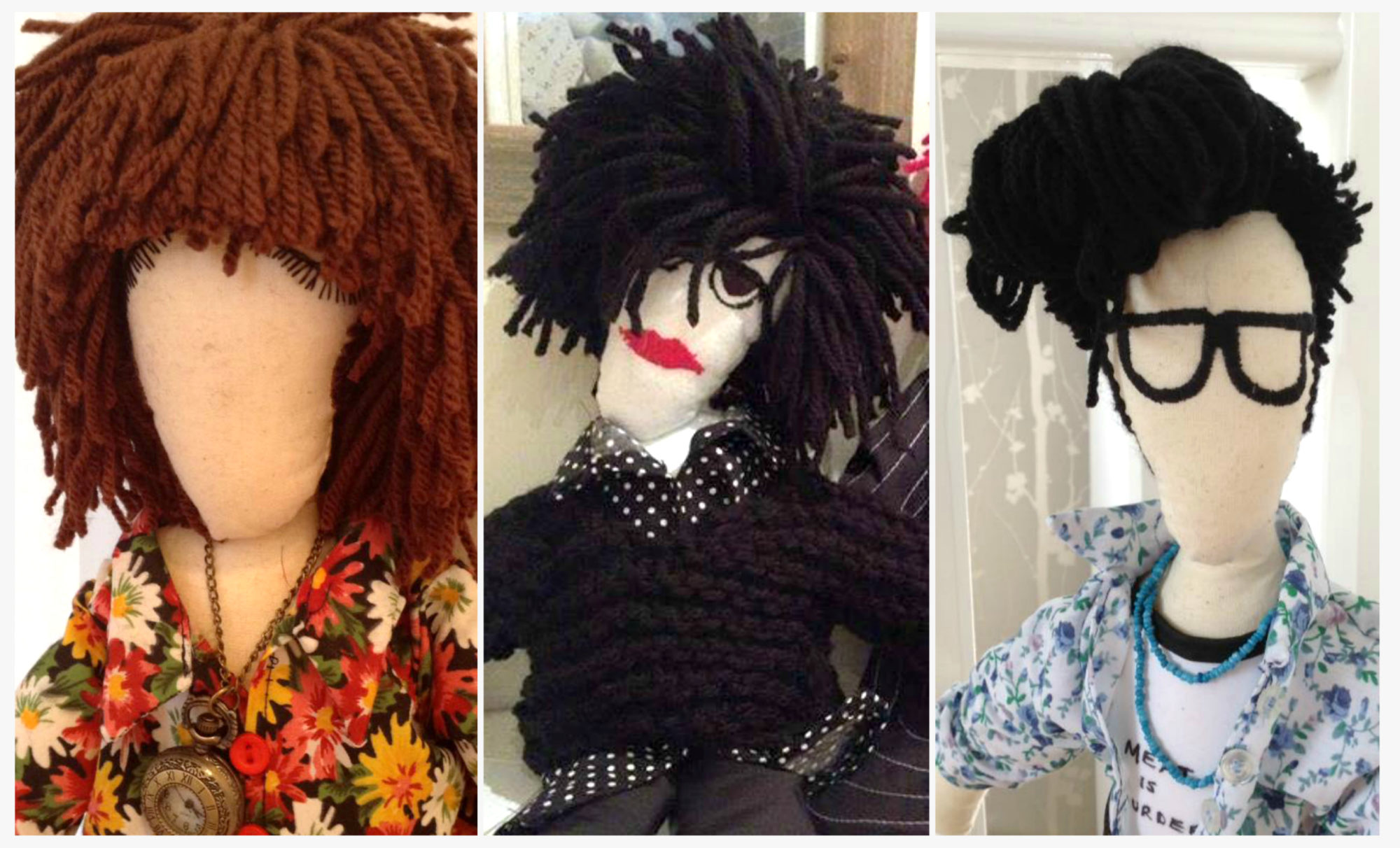 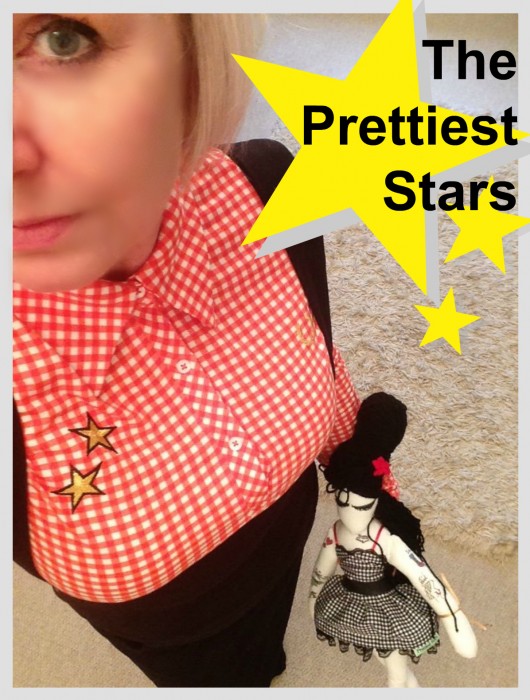 The internet has allowed many a music fans memorabilia collections to flourish; at times in unexpected ways with music fans turning to artists to commission representations of their favourite musicians in illustrations, paintings, broken vinyl colleges even elegantly carved stone plaques.

While The Prettiest Star dolls are tributes and touchable homages to an artist’s and a representation of their look at a particular time. They are, rather than being a mere copy of, inventive, unique and a real work of art. The Prettiest Stars visionary is Nottingham based textile creative Tracy Humphreys, who inspired by her own musical hero creates dolls with a distinct rock star edge.

Tracy has created a wealth of famous musical dolls embodying the likeness of Sid Barrett, Robert Smith, Ian Brown, Jarvis Cocker, Clint Boon, Bjork, Kate Bush as well as the many personas of David Bowie. “The most unexpected request I’ve had is for Paul Dukas, the composer of The Disney Fantasia sound track” explains Tracy “I am currently working on a space age Betty Boo and have commissioned a props designer, Reality Challenged, to create props for her”.

It was in 2014 that Tracy started making family and friends Bowie dolls, this soon expanded due to interested generated from Twitter, which meant a dozen more dolls were being made for sale in the summer and at Christmas time. “When Bowie died, I made some for friends to cuddle and the demand became so great that I started to increase the amount I was making”. The rise in awareness lead to entranced Tweeters making bespoke request and a fast increase in production as Tracy explains “I now make up to 10 dolls a week I have a long waiting list of six weeks. Also I make one doll each week of my choice which I advertise only on Instagram and Twitter. A Babushka Kate Bush and Scary Monsters Bowie have been the most intricate. I am planning a Brian Jones wearing lots of contrasting Paisley and Janis Joplin in velvet cape trouser suit”.

The appealed has not gone unnoticed by the very people that inspired some of Tracy’s dolls “I have had orders from Paul Weller and am currently making him a Bowie for each decade which is great for me as my love of Bowie dominates my music taste. Andy Crofts the lead singer of the Moons is also a customer and Clint Boone and Lauren Laverne are both fans of the dolls.”  It is not only home grown fans falling for the charms of The Prettiest Stars dolls as they find themselves being sent around the world with customers as far away as America and Japan. It seems once they arrive, they have no problem winning over their new owners as Tracey explained “A few people have bought them as gifts for others and have subsequently kept them. One lady has ordered 5 so far and I’ve bulk orders for the Beach Boys and for Bowie dolls “. 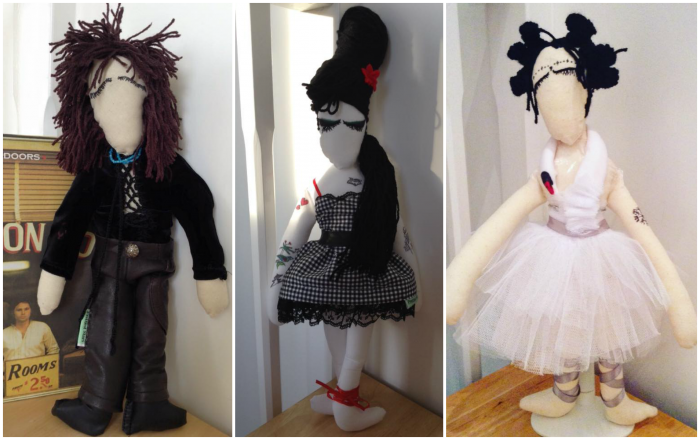 The joy is not just felt by those that are requesting and receiving custom dolls as Tracey invests a lot of time, consideration and emotion into creating the forms, hair and clothing. “I loved making Siouxsie Sioux, Sid Vicious and Björk and her swan dress. Amy Winehouse and all her mini tattoos, she went to live with a 34-year-old man who claimed he’d never considered owning a doll before; most of my customers are male”. Illustrating the effort and thought taken Tracy explains that authenticity is a key factor in her creations “I try hard to use vintage fabrics from the period the stars come from. Steve Marriott and his cream snakeskin shoes were lovely to recreate using vintage 60’s fabrics”. Due to the uniqueness of Tracy’s imaginative style she now has copyrighted the dolls and the corresponding clothing patterns.
Recently undertaking a poignant project of The Prettiest Stars original muse was a challenging experience “I made Bowie Lazarus only last week for my son’s 20th birthday, it made my eyes shiny”.

The Prettiest Star experience was one I had to try: I placed a request for a Gerard Way doll from the time My Chemical Romance toured The Danger Days: The True Lives of the Fabulous Killjoys album. There is plenty of inclusion as Tracy requested me to send as many photos and details of his clothing, hair and accessories as I wanted and while she was creating Gerard Way I would get updates with photos of how he was progressing. By the time he arrived and I was lifting him out of his tissue paper I was hooked and already thinking who next … Joey Ramone? Morrissey? All four Stone Roses, of course Bowie and that Robert Smith is so amazing!

All images courtesy of The Prettiest Stars.