Home Best of the Web Pretend You’re in a War, The Who and the Sixties by Mark... 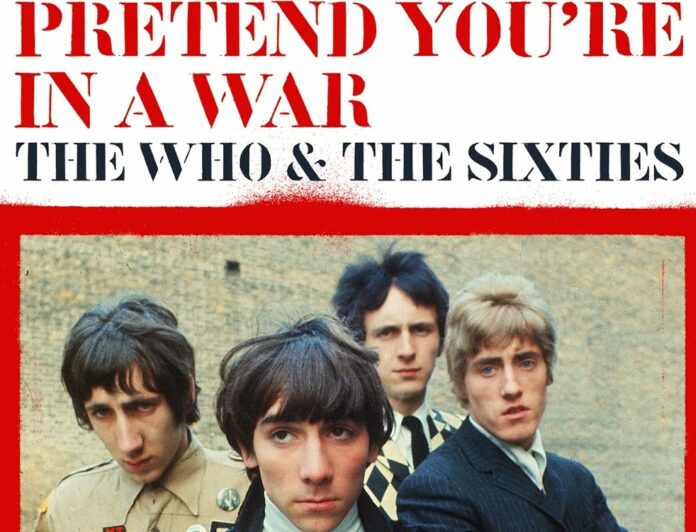 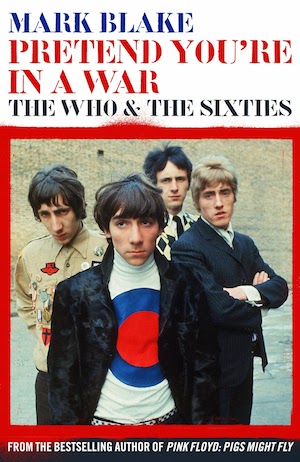 Pretend You’re in a War, The Who and the Sixties (Aurum Press)

Great Analysis of The Who and the 1960’s in new book by Mark Blake. Louder Than War’s Dave Jennings reviews.

In many ways, the title of this latest offering about The Who is appropriate. Most of the main protagonists of the British ‘60’s scene were born during, or soon after The Second World War. The reshaped society and landscape, described so vividly in the early chapters of Mark Blake’s thorough examination of this period, must surely have influenced the likes of The Beatles, Stones and Kinks alongside the members of The Who.

The title is actually drawn from a Pete Townshend quote when asked to describe how he summoned the aggression for the legendary Who live performances. So in many ways, a band whose image was largely formed on aggression, controlled or otherwise, emerged from a London landscape still bearing the scars of conflict. Blake skilfully weaves this backdrop into the development of the individual members of the band alongside their personal stories. Daltrey showing none of his later aggression was a model student; Moon, a hyperactive time bomb, Entwistle the quiet musician and Towmshend with the disturbed childhood that would never be far from his lyrical inspirations.

Mark Blake has previously written acclaimed biographies of Pink Floyd and Queen and the quality of research and analysis here is unsurprisingly of the highest standard. The context of the 1960’s is subtly developed and we read of Pete Townshend’s fears of world destruction during the Cuban Missile Crisis and his intense disgust at the subsequent failure to disarm which was apparently reflected in Won’t Get Fooled Again years later. Harold Wilson presented The Beatles with their Variety Club awards which helped him tap into the emerging youth vote that would assist his election seven months later. An early example of politicians seeing the value of identifying with pop musicians.

The Modernist movement, shortened to the more familiar Mod, originated in 1959 and was a scene where dress sense was everything, with its own style of speaking and a definitive taste in music. This was a fashion that would come to be important to The Who in time, but is also important to as an early indication of the youth cults that would come to dominate the 1960’s and become increasingly linked to music. A further indicator of the shifting trends is the battle between Roger Daltrey who wished to continue to perform the early Who set of largely Blues covers and Townshend who sensed the way the wind was blowing with the need for a songwriter within the band. This was heightened by the discomfort Daltrey felt at singing I Can’t Explain as it required him to articulate insecurities of the ‘dislocated boys’, as Townshend called them, about girls and sex.

Then of course, we have the confrontational lyrics of My Generation, one of the defining songs of the 1960’S, that Pete Townshend is still having to answer for today. Whilst it may be pedantic to continue asking about the ‘hope I die before I get old’ aspect that was probably a throwaway line to differentiate the ‘60’s youth from their parents, The Who are still very much identified with a certain violent approach. There is ample coverage of the violence at shows, which the band ignored and carried on playing in a departure from tradition, and of the often choreographed destruction of equipment at the end of the show with Keith Moon very much centre stage in every respect.

Keith Moon, such a complex, compelling and often misunderstood man, the subject of Tony Fletcher’s masterly tome was also one of the finest drummers in rock history. His legendary 21st birthday party with a food fight that escalated until a semi-naked Moon was responsible for a brand new Lincoln ending up in the hotel swimming pool. Or maybe not as there seems to be as many who deny it as claim it happened. However, tales of his wild behaviour are legion and are not neglected here; blowing up his own hotel toilet in a misguided attempt to send a ‘bomb’ through to next door and causing an explosion whilst wrecking his kit on US TV that Townshend still blames for the start of his hearing problems. For better or worse, Keith Moon will forever be identified with the 1960’s.

Townshend` was determined to make the landmark musical contribution to the 1960’s and saw ‘I Can See For Miles and Miles’ as the perfect antidote to what he viewed as ‘post-psychedelic wetness’ embodied by the kaftan wearing hordes who swarmed forth after Sergeant Pepper. This was to be an obsession with him through to the realisation of his dream of creating a rock-opera in the form of Tommy. However, it seems the importance of this landmark is still a poisoned chalice for Townshend years later as the spiritual message of the project became diluted, much as many other intended gestures of this period probably did too.

Mark Blake has done an excellent job in placing The Who in the context of the 1960’s, so good in fact, that it leads to the only criticism. On reaching the end of the book, the reader may ask why it ends when it does. The Who certainly adapted to the environment of the 1970’s very well and continued to develop their brand of ‘maximum R and B’ in increasingly complex ways. This is a superb biography that feels unfinished in some ways, but certainly does a great job of examining both subjects, The Who and the ‘60’s, very well.

Pretend You’re in a War, The Who and The Sixties by Mark Blake is published by Aurum Press and is out now.