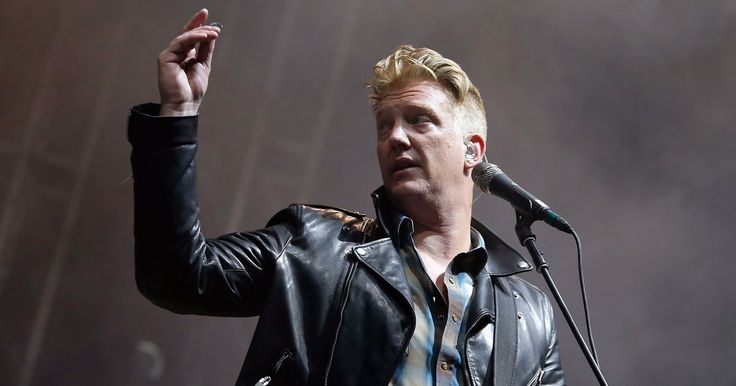 Josh Homme’s recent assault of a photographer surprisingly divided social media, despite the Queens Of The Stone Age frontman readily admitting his error. Sam Lambeth writes on why photographers and press deserve more respect, from performers and the public alike.

“Rock and roll is a wonderful thing, but it’s supposed to save and help people – not mess them up.” That was the closing statement of a lengthy but emotionally genuine apology from Josh Homme. The QOTSA curator is certainly a curious case in the world of rock music – for every crazy onstage occurrence (whether it be blading, calling the audience “retards” or attacking an autograph hunter) there is a delightfully-twee CBeebies bedtime story. His recent mea culpa has arrived after assaulting a female photographer in the face, but the question that has emerged is not why Homme was wrong, but rather who was wrong.

Grassroots performers, ardent Homme fans and those bristled by shutterbugs aligned themselves in the singer’s defence, claiming the photographer, Chelsea Lauren, had invaded Homme’s personal space. She’d got too close. She was asking for it. However, if a photographer did not get close to the stage, how would we end up with sublime shots of sweat-riddled singers in mid-song? The point of gig photography is to capture the performance, and you can’t do that if you’re standing in the foyer. Regardless, even if Lauren had overstepped her mark, it is not a viable excuse to kick someone in the FACE; perhaps next time we find someone lingering too close in a cashpoint queue, we can justifiably knock them down with a roundhouse?

The most prominent of rationalisations was that Homme had, technically, kicked the photographer in the camera rather than her actual head. While this is true, it feels like clutching at straws; if you punch a doctor, can you wriggle out of punishment by claiming it was a mere southpaw to the surgeon’s face mask? The camera was close enough to Lauren’s face to justify it being called a kick to the head. If anything, a kick to the camera was worse, no doubt hardening the blow rather than cushioning it.

Abuse of photographers is, of course, nothing new, but QOTSA’s transgression was not the only case that month. On the other end of the rock spectrum, Britpop anachronisms, Ocean Colour Scene also courted milder controversy when their guitarist, Steve Cradock rather blatantly booted someone square in the Canon. In video footage, it is clear the kick is intentional, Cradock nonchalantly stretching out, in order to give the pap a firm feel of his desert boot. It slipped under the radar, but there is no excuse for such churlish behaviour, even if OCS are currently marooned in touring Moseley Shoals in toto.

Once again, however, fans were quick to leap to their defence, needlessly turning to victim-blaming and saying it’s their “own fault.” Even when Homme grovelled, supporters were still adamant such a public apology was not necessary. If anything, it is needed more than ever – both Homme and Cradock’s actions stink of supremacy, and there are many others guilty of the same crime. Treatment of those in the pit, whether it be a reviewer or photographer, is often courteous and friendly, but actions like the above show abject levels of disdain, disregard and distemper.

Homme’s apology may not be satisfactory enough for Lauren, but his authentic explanation (that, in short, there wasn’t one) showed a refreshing amount of humility and self-reflection. Other performers may not be as courteous. Whether or not photographers receive better treatment remains to be seen, but photographers should be allowed to document those integral moments onstage – close-ups or not – by taking a trip to the dark room rather than the emergency one.