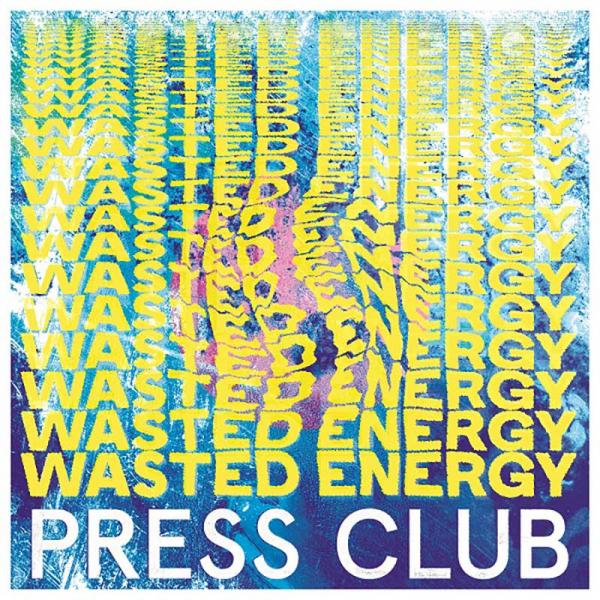 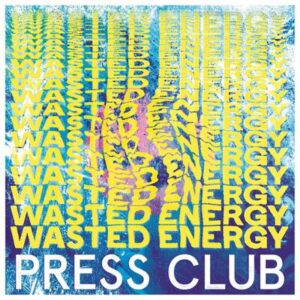 Melbourne’s Press Club follow up debut album Late Teens with Wasted Energy: this powerful slab of rootsy rock with a massive slice of edgy punk attitude and unending energy, certainly not wasted, and driving passion for good measure, is a joy to behold.

My inbox recently has been full of Antipodean bands – the flourishing punk scene down under is definitely, and defiantly, hitting a purple patch. In the short time since their debut album in 2018, Press Club have become one of the prime exports of this scene.

First and foremost, what strikes you is the emotionally powerful vocal from Natalie Foster, complementing the primitive raw energy of the music. There is a palpable live feel to the music on offer, I can mentally and aurally imagine these tracks creating a vibrant and high-spirited live show.

The album has spawned two singles to date. Get Better flashes between speeding visceral rage and a more laid-back chorus urging us to, well do what the title of the song expresses, whilst Thinking About You tells the story of unwanted advances and the impact on the target of these sinister obsessive behaviours.

Musically the album ranges (and rages) between the rootsy-type punk stylings displayed by bands such as Gaslight Anthem or Social Distortion, on tracks like the dialled-back mellow vibe (musically maybe, but certainly not lyrically) of Obsessions, and on the foot to the floor driving rhythmic energy on Chosen Ones, from which the title of the album comes, Foster’s vocal ultimately ending the track with a visceral edge not unlike Brody Dalle/Courtney Love. Build into this the primal passion on lead off track Separate Houses with its added power pop dimension. The track builds to a vigorous peak, barbarous musicality, all the instruments coming together in a ball of fury, the rage and ire in Foster’s vocal rising to an apex, a display of raw emotion in her voice indicating a desperation at the situation.

The other end of their spectrum allows the band to vent their passions through edgy, high octane, full voltage, in your face punk rock on the likes of New Year’s Eve & Dead or Dying. Elsewhere, Thinking About You adds an element of NYC garage punk to bolster their vast soundscape.

Lyrically the album is the sound of a band baring their soul and crying out for change – demanding it from individuals, or the wider socio-political environment in the world around them.

Wasted Energy is a step change from Late Teens, demonstrating a growth in the sound of the band, both musically and lyrically. Taking nothing away from the debut, Wasted Energy is a solid and most welcome follow up. Most certainly not a waste of your energy.