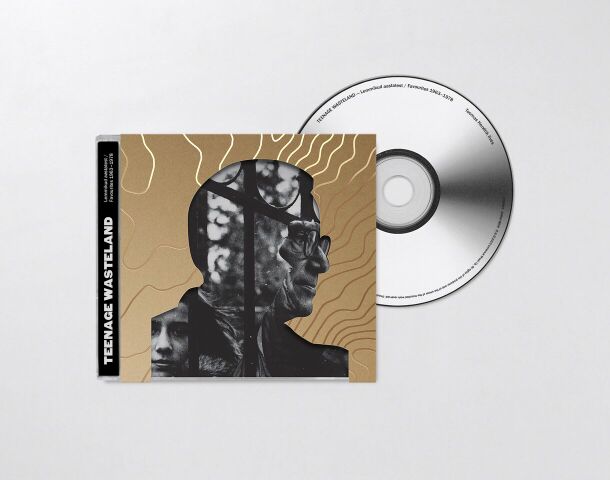 Today, on 4 December President of Estonia Toomas Hendrik Ilves releases a compilation album called “Teenage Wasteland – Favourites 1963-1978”. A donation will be made from every album purchased to the Minu Unistuste Päev (My Dream Day) charity project, which makes dreams come true for seriously and chronically ill children in Estonia.

President Ilves is known to be a passionate music fan with a wikipediac knowledge of pop culture and a passionate spokesman for freedom of speech and self expression. The delegates of Tallinn Music Week have heard him quoting PJ Harvey and Jello Biafra and reminiscing about his days at CBGBs in New York.

“Ilves — perhaps the world’s only president with a competent knowledge of and sincere love for rock music — stated that freedom and rock and roll went hand in hand. In his speech he said that rock musicians suffered alongside many other people in Estonia under the Soviet rule and referred to Elvis Presley, John Lennon and the Sex Pistols, who were seen as offensive at their time in the West. “That is the role played by rock ‘n’ roll,” he said. “To offend sensibilities enough to cause people, societal attitudes and government behavior to change.” – Sergey Chernov, The St. Petersburg Times, 9 April 2014.

According to Ilves, the songs in the “Teenage Wasteland“ compilation have all shaped his later tastes in music, from new wave to punk, grunge down to today’s Wolf Alice, Palma Violets and the ruler of Estonian indie, Vaiko Eplik. “These were the songs I listened to at night with a small 12 transistor radio when I was growing up, which provided much needed redemption for life in what The Who called a Teenage Wasteland. Funny to say now, turning 62, but back then my life was saved by rock ‘n’ roll,” he admitted.

The compilation includes 16 songs from 1963-1978 that influenced the President when he was growing up in the United States of America. There are gems from Motown’s prime and 60s teenage symphonies, trippy blues and quirky artrock, proto-punk and glamrock, observational tales and rabble-rousing anthems.

Four Tops – I Can’t Help Myself (Sugar Pie Honey Bunch)
The Temptations – My Girl
The Shangri-Las – Leader of the Pack
The Beach Boys – Help Me, Rhonda
Cream – Tales of Brave Ulysses
The Band – The Weight
The Velvet Underground – Rock & Roll
Roxy Music – Virginia Plain
The Who – Baba O’Riley
Lesley Gore – It’s My Party
New York Dolls – Trash
The Troggs – Wild Thing
David Bowie – Panic in Detroit
Ramones – I Wanna Be Sedated
Peter Sarstedt – Where Do You Go To (My Lovely)?
MC5 – High School

“This isn’t a complete collection of my favourite songs. That would include all kinds of songs from 1963-78 most Estonians know – the Beatles, the Stones hits, for example,” said Ilves. “They also do not include bands that wouldn’t give permission for a collection of this type, which means crucial songs such as the Kinks “You Really Got Me” and “All Day and All of the Night” are missing. As are the We Five’s “You Were On My Mind” which a mere year later paled before Jefferson Airplane’s “Somebody to Love”. Missing too is the musical and spiritual father of Pearl Jam and Nirvana, Neil Young, in his “Cinnamon Girl” phase. As is the early garage punk band Music Machine’s “Talk Talk”.”

The collection is being released by Universal Music Baltics; it will be available from 4 December on CD and via Spotify from record stores throughout Estonia.

The album sleeve of the compilation is based on series of photographs by Herkki-Erich Merila, designed by AKU Agency.

Ilves presented the compilation on Thursday, 3 December at Cinema Sõprus in Tallinn with a DJ set, where he was joined by the head of Tallinn Music Week Helen Sildna, Estonia-based Russian journalist Artemy Troitsky, musician Vaiko Eplik and DJs Orav & Drummie.

President Toomas Hendrik Ilves’ traditional opening speech of Tallinn Music Week’s international music industry conference is always a special treat to look forward to. The 8th edition of TMW’s conference will be opened by the President on 1 April at 10 am at Nordic Hotel Forum conference centre.
Minu Unistuste Päev (My Dream Day) is an organisation based on voluntary activities and funding from supporters. Its aim is to make dreams come true for seriously and chronically ill children in treatment at Estonian hospitals. For additional information go to:  minuunistustepaev.ee