Home Blogs Louder Than War Interview: Tracey Donnelly – one of the people behind... 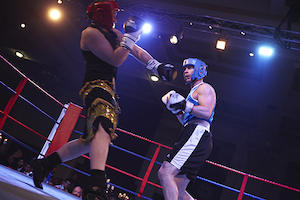 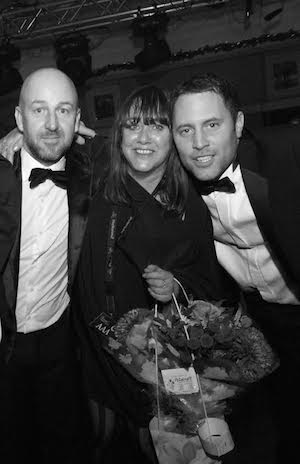 Louder Than War’s Carl Stanley talks to Tracey Donnelly, one of the people behind Manchester’s premiere boxing nights, Formal Fight Club, about them and the 5th annual white collar charity boxing event The Warriors, due to take place on 3rd May.

In the short time it’s been since Manchester’s Formal Fight Club boxing promotions staged their first boxing night back in 2011 the event has gone from strength to strength, making it one of the biggest events of its kind in the whole of the UK. Attracting famous faces from Manchester’s music, acting and sporting scenes as well, as an array of avid boxing fans from all over the northwest, Formal Fight Club has brought the glitz and glamour of quality fight nights to Manchester once again.

The nights have been put together by Tracey Donnelly of legendary fashion street wear clothing label ‘Gio Goi’ and their latest label ‘Your Own Clothing’. Along with her brother Chris they have not only built these boxing events up to what they are today, but they’ve also raised money for the charity Forever Manchester in the process.

Thanks for taking time out to talk to Louder Than War Tracey … May 3rd is sizing up to be another fantastic night of boxing as Manchester’s Palace Hotel plays host to Formal Fight Clubs latest event, ‘The Warriors’. In fact, it’s actually now the biggest event of its kind in the North West isn’t it?

Tracey Donnelly: Yes, we are now firmly established as the premier White Collar Boxing event. The shows take about six months to put together and it’s hard work, but we get to meet and work with some great people along the way. The process starts with recruiting fighters for the bill and then, if we can  match them up, they are on the bill and the lads start their training. I couldn’t put these nights on alone, we  have built a great team around us. Rick Scott of Synk Events does the production, Rob Reid Olympic Medalist is our Ref and Nige ‘Wingman’ Clucas of Capital Radio comperes and holds the night together. We and the fighters put 110 per cent into the nights and it shows. We have had a few people jump on the bandwagon and try to do the same thing over the years, with not much success. The fact that we were the first and are still putting the nights on says it all 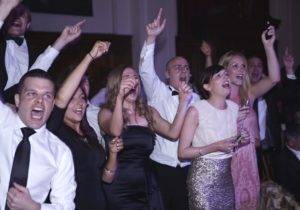 I guess you get a lot of local support for these boxing events, with the night made up of bouts between Manchester’s white collar sector. Teachers, chefs, students and engineers all take to the ring for what will be their first ever fight … how do they differ from pro events and what’s the atmosphere like?

A lot of the audience is made up of the fighter’s family, friends and work colleagues and mine and Chris’s friends from the music and fashion industry. Although the fights are not at Pro level, being able to cheer on someone you know personally makes it just as exciting. It takes a lot of guts, win or lose, to get into the ring. Some of the lads who sign up have never done any fitness training before and none of them have boxed in a ring, so the audience is right behind them all. We have an audience of 500 and a lot of them have been to every FFC night. Even though they don’t know any of the contenders they come along as they know they are guaranteed a great time. The atmosphere is electric.

The nights build up includes reception, drinks, a three course meal and after the bouts everyone goes to The Palace Hotel’s nightclub, with DJs spinning tunes til 3am. It all sounds like a really great night out, loads of entertainment and all hosted at a wonderful venue.

The Palace hotel is such a beautiful venue, we start with reception drinks in the hotel Tempus bar and then go down to the main event room for a three course meal and the boxing. The show is as near to a major professional show as you can get with the fighters entering the ring from the catwalk with lots of glitz thrown in. Nige (Wingman) does a brilliant job of hosting the night, he’s done every show for us and gets better & funnier at each one. Once the fights are over we have exclusive use of The Palace Hotels nightclub till 3am. For the lads who have fought this is the first time they will have had a drink for months. Me & the crew get to have a drink at the after show too.

…and what’s more you raise funds for the charity ‘Forever Manchester’?

Yes, we work closely with Forever Manchester raising money and increasing awareness of the charity at our events,  it makes the evening really worthwhile. FM are a community based charity and all the money goes to community groups and causes within the Gtr Manchester Area. It ties in really well with the boxing as they support a lot of youth and sports club as well as working with the elderly, theatre groups. I am an Ambassador for the charity and I love the work they do, so I’m hoping everyone will dig deep in their pockets on May 3rd.

Formal Fight Club has been a great success since its first event back in 2011, which you initially planned as a one off boxing event, but together with your brother Chris you’ve both worked Formal Fight Club into one of Manchester’s newest and most exciting sporting events. What have been some of your favourite moments during Formal Fight Club?

The obvious one is watching Chris win his fight at our first ever event. Having Emma Wilkinson of Viva Mag on the bill stands out as it’s the only female fight we have ever had. Although it sounds a bit corny I love the buzz of the fighters and the audience and knowing that everyone has had a great time. It’s great to see the sportsmanship shown by the lads. You will watch the fights and then see the opponents sat together at the after show having a drink and a laugh together. 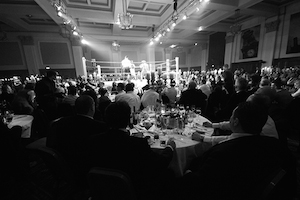 Coming from your background within the fashion industry (Chris and Anthony established the now legendary clothing label Gio Goi, which was created in the 1980s, and they now have Your Own Clothing) how did you initially get into staging these boxing events?

Well, if you had told me four years ago I would be organising boxing events I wouldn’t have believed you. My family has always been big followers of boxing and when my brother Chris started doing  fitness training at Collyhurst & Moston ABC he really got the bug and wanted to take it the whole way and fight at an organised fight night. That was it really, we just decided to put a WCB event on. It was always meant as a one-off event but it was such a success that here we are today on our 6th. I think the fact that we are from a fashion & music background makes the nights different from your run of the mill boxing nights. We are coming from a different perspective and add a lot of glitz and glam to the night. Clothes do play a big part in the night though, with everyone dressing up to the nines. All the men are in their suits and the ladies are planning their outfits for weeks before. We love putting a party on and this is a boxing party!

Following on from Chris and Anthony’s book release ‘Still Breathing’  (an amazing read on not just the history of Gio Goi / Your Own clothing labels and the brother’s lives, but on the roots of Manchester’s music, fashion scenes and culture as a whole – read more about it on Louder Than War here.) What’s the reaction been like and what plans do they have next, any more books? I could just imagine their story on the big screen, Still Breathing would make a fantastic film?

All the feedback has been really positive, it’s an honest account, warts and all. I’m really proud of what Anthony & Chris have achieved, they have a great history which they have now documented. Things that have happened off the back of the book are really exciting, a global high street brand is launching a diffusion range of Your Own and the brand has been signed to the same clothing agents in America as Pharrell Williams’ Billionaire Boys Club, so  it’s all about the future with the Your Own Clothing being what we are most passionate about. There will be another book, Still Breathing part 2, and Anthony & Chris have been invited to the Cannes Film Festival to meet with film producers for talks about turning the book into a film. Stephen Graham has already agreed to play Anthony.

…and lastly, Tracey, what’s the future for Formal Fight Club? It’s an event which seems to have already established itself firmly within Manchester’s sport and entertainment scene, bringing something new to the city’s night-life and events, are there plans for future events to come?

It’s a fun event to do, but really time-consuming, so we have made F.F.C into an annual event. So yes, F.F.C will be back next year. Other plans – Your Own Clothing has now hit the shops and the office is relocating to Ibiza for The Summer … which means plenty of parties. We have also launched a range of boxing equipment and kit, Undisputed Boxing, & The Madchester website (a Manchester “what’s on” guide).

To buy tickets for The Warriors boxing event, on the 3rd of May, and for all info on the night go to Formal Fight Clubs website.