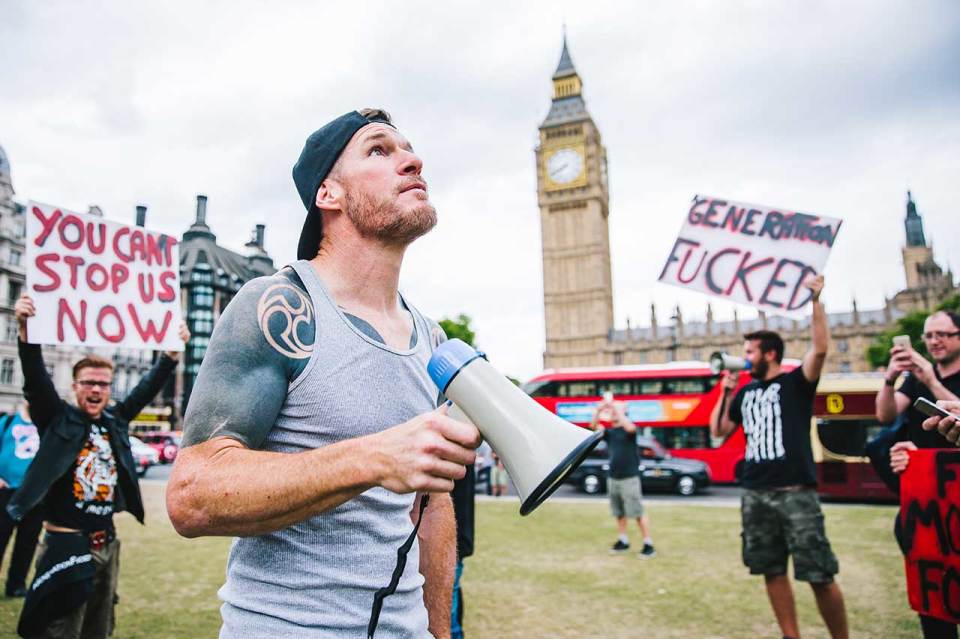 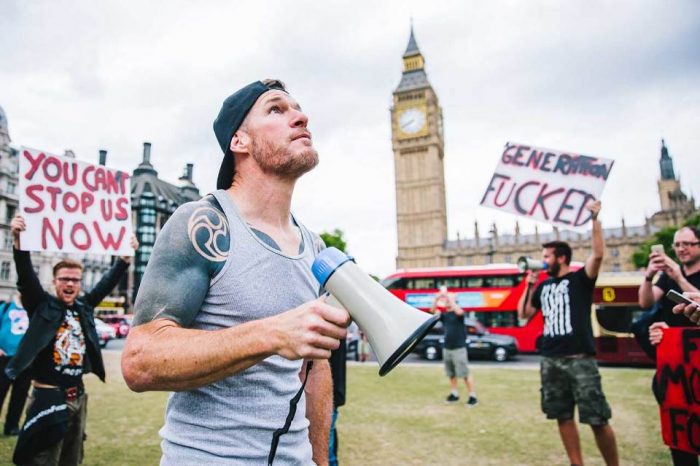 Watch this new video, Smashing the Grid, from WAKRAT – the punk rock trio of Rage Against the Machine bassist Tim Commerford.

Smashing the Grid premiere’s on Louder Than War today and shows the band’s formation, the creation of their self-titled debut album, their use of different effects and sounds, and much more.

WAKRAT guitarist Laurent Grangeon comments: “We need to do something completely opposite of that boxed-in, overproduced, gutless type of music that’s hammered every day.”

Along with drummer Mathias Wakrat, the group recently led a protest through the streets of London, declaring a brand new micronation in what was formerly known as Parliament Square in an audacious effort to expose the failings of the current political system.

The band say: “The ‘Republic of Wakrat’ proudly welcomes everyone of all ethnicities, backgrounds, genders, generations, sexualities, dis/abilities and faiths, and offers a fresh alternative to the current system.”

Arriving in London the band travelled through the capital on a iconic red bus decorated with the hashtag #generationfucked – take from their new single. They invite everyone to join their Republic.

The band’s album will be released digitally on 8 November (to coincide with US elections) and physically on 11 November as an ultra-limited, hand-stencilled and signed vinyl, signed CD and coloured vinyl, regular CD and vinyl. You can pre-order here. You can also pre-order on iTunes to get an instant free download of Generation Fucked.

The band are on a US tour in August, September and October. You can find dates and more information on their website.