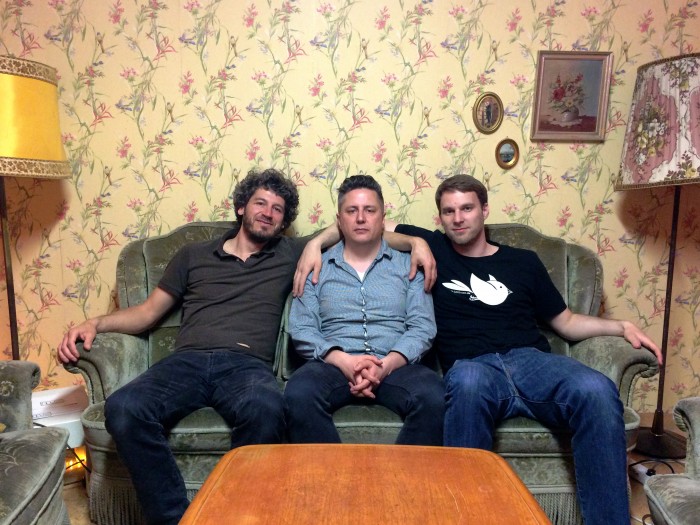 Watch the new video for The Only Witness by The Antikaroshi, ahead of the release of their fourth album, due in May.

German three-piece The Antikaroshi are pushing their post-rock sound further on forthcoming album 11 Songs Written and Played on Wednesday Evenings by a Band Called The Antikaroshi.

“With being a 9-to-5-human being understanding of the world, it’s structures and social developments only can remain fragmentaric and mostly yields more questions than answers. If words fail or seem not adequate to cover other ways of expression come to the party: tones and sounds f.i. There might be conventions and limitations here as well.

“But music also creates a certain amount of freedom in expression, dealings and surprises for one’s self and others with regards to attitude and approaches to current socio-cultural topics. That’s what these Wednesday evenings mean for us.”

11 Songs Written and Played on Wednesday Evenings by a Band Called The Antikaroshi is released on Exile on Mainstream on 6 May. You can find the band on Bandcamp.