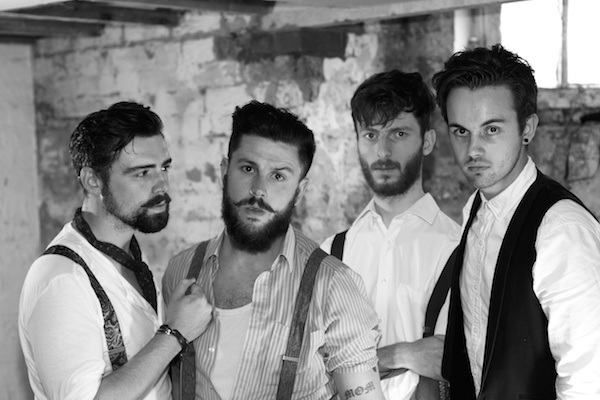 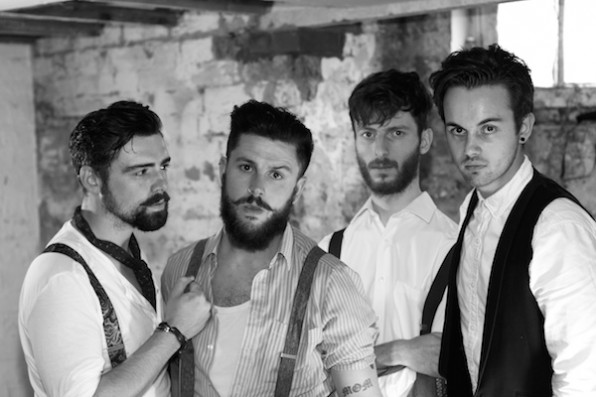 Singer-songwriter Sean Grant specialises in contemporary punk folk songs with a political and social slant, as witnessed by his and his band’s debut EP, We The Working Class. His latest EP continues in a similar vein being led off by another track inspired by the past and yet important to today. Said track is called War Machines and we’ve been given the opportunity to premiere the lead video off it – an opportunity we’re thrilled to accept. Check it out below, along with more info about the EP.

Due out on December 8th via The Shipping Forecast, War Machines celebrates the wartime work of the code-breaking mathematician Alan Turing at Bletchley Park and the rest of his team, especially Tommy Flowers who inadvertently invented the world’s first computer. With the group’s work about to be brought to the big screen, with starring roles by Benedict Cumberbatch and Keira Knightly, now seems like the perfect time for a track inspired by Flowers’ machine, the one that helped decipher Nazi codes during WWII.

The video itself was made with the help of “the good people of The National Museum of Computing at Bletchley park” who gave them access to “Colossus” – the machine that cracked the code – and it makes the video even more poignant.

In the words of the press release accompanying the video, the track itself was inspired by “…the secrecy and intrigue of the Codebreakers and the park itself”, many of whom went generations before telling their loved ones what they did during the war. Of the track, Sean says:

“I wanted to write about it because these people mattered, they made a huge difference to the world we live in today, it’s on our doorstep and not everyone knows about it.”

Quoting from the press release again:

Other tracks on the EP include ‘Fairground Fighter’ – inspired by Sean’s grandmother’s uncle – a photo of whom makes up the EP’s artwork.  The track tackles the effect that war has on the young men who return from it, if indeed they return at all. ‘Freedom of the World’ was written based on a dream Sean had following his interest and research into WWII and is told from the perspective of a soldier, looking up to the sky and asking God why… “the lord was sent here to save me but look at what my lord gave me”.

Closing with ‘Operation Mincemeat’, a song about a fascinating and bizarre plot which proved to be one of the biggest turning points in the war, the War Machines EP is an insightful and thoughtfully executed collection of heartfelt songs.

Sean Grant and the Wolfgang are currently on tour, full dates on which can be found below the video, as can the EP’s track list.

You can find Sean Grant and the Wolfgang online here: seangrantandthewolfgang.com and on Facebook. Sean himself is on twitter as @seangrantandtwg.