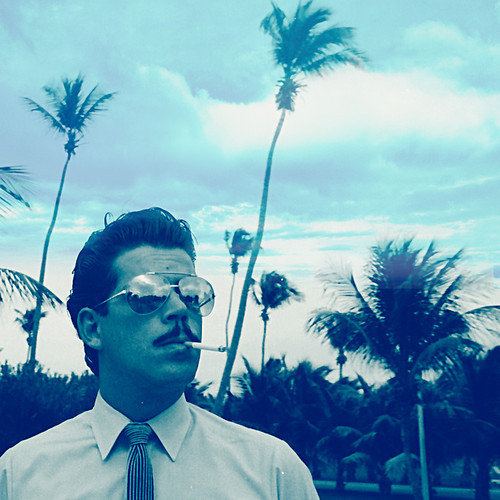 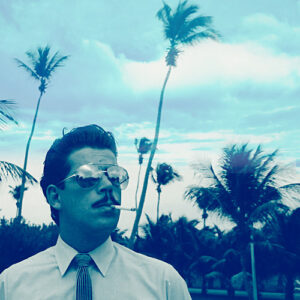 Yello founder and electronic music godfather Boris Blank is to release a boxset of unreleased soundtrack material spanning from 1977-2014. It’s to be titled Electrified and the video for the title track can be streamed below alongside details of how to you can help realise this release.

The box set is being funded via a Kickstarter campaign which easily reached it’s target of £50,000 with some time to spare. As I write the campaign is still “live” and you have ten more hours to contribute to it. So head over to the website sharpish is you want to pledge.

Although not too sharpish of course – only after clicking “play” on the video below.

Before we get to the video a few words about the the box set:

Electrified is a collection of soundtrack work from the celebrated composer. This limited edition solo box-set will contain 3 hours of unreleased music spanning 5 decades, from 1977 to 2014.

Alongside machine music cornerstones like Africa Bambaata, Kraftwerk, Gary Numan, and the Bellville Three (Juan Atkins, Derrick May and Kevin Saunderson) the influence of Boris’ music (as the founder of Swiss duo Yello) has been immeasurable since their inception in the late 70s on pop, plus house, techno, electro, and the myriad sub genres proliferating to this day.

Yello’s unique combination of music, video, art and humour has left a lasting impression on a generation of artists and fans, with subsequent indebted intelligent avant pop purveyors including Lady Gaga, Pet Shop Boys, Metronomy, Peaches, The Knife, Björk and the KLF.

Boris Blank (along with Dieter Meier) as Yello are one of the most influential electronic bands of the last 40 years, with pioneering tracks like ‘The Race’, ‘Oh Yeah’ and ‘Bostich’ impacting as hip leftfield dancefloor anthems and world-wide hits alike. Their music also made big waves in the movies – most notably on John Hughes’ ‘Ferris Bueller’s Day Off’, Michael J Fox’s ‘Secret of My Success’.

Over the years, Boris wrote many soundtrack ideas that were never publicly released. ‘Electrified’ is a collection of 58 unreleased soundtracks presented across four formats. In the analog domain, there are 3 vinyl LPs (180gm) and one metal-reel audio cassette. For those who prefer CD, the mini-box contains the 3 vinyl LPs as a double CD. Twelve films and animations are included on the DVD.

‘Electrified’ contains new pieces written this year, plus ‘Rote Fabrik’, a rare album from the 1977-83 archive and a fascinating insight into the building blocks of ‘Solid Pleasure’ and ‘Claro Que Si’. Finally, there’s a 36-page booklet of rare personal Boris Blank photographs, biography and comments.

Boris Blank, never set out to be a rock musician. He never learned to play an instrument or read music. For him the world – whatever he heard, a motor, a clock – was still music. When Yello started recording, the sampler hadn’t even been invented. Boris diligently sampled sounds by recording directly onto tape loops. No-one had heard such innovative electronic music before, not even the masters of the genre.

And so to the video for Electrified: