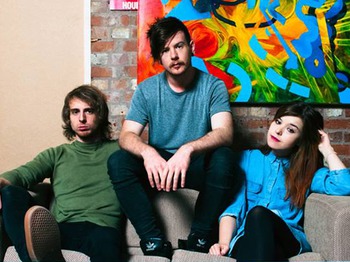 We’re pleased to bring you the premiere of the new single from False Advertising. Listen to You’re Too Slow here!

Due for release on Friday 22 April 2016 the track is taken from the band’s Brainless EP which is out the same day. Both tracks will be available through the band’s Bandcamp page.

Speaking about You’re Too Slow the band said: “Driven by a love of pop melodies and hooks, You’re Too Slow is our attempt at fusing that sensibility with something loud that we can all jump up and down to at gigs.

“I was also quite angry about someone who did something really stupid when I wrote a lot of the lyrics, so I guess in all it comes across as resentful, punk / noise-pop that makes you want to dance aggressively.”

False Advertising are on UK tour this month: