Home Music Bands Premiere: MJ Hibbett and The Validators ’20 things to do before you’re... 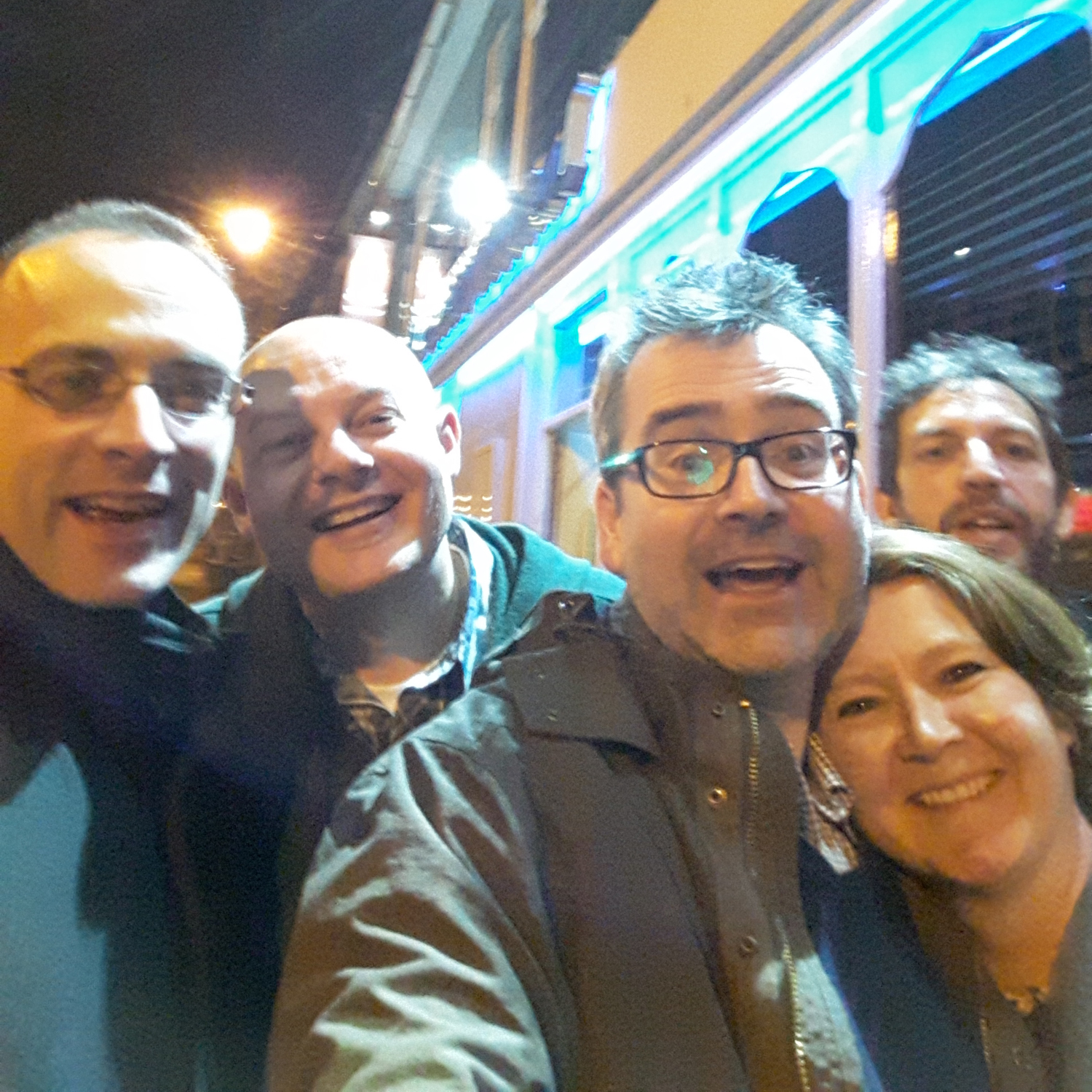 Indie legends MJ Hibbett & The Validators are back with a new album ‘Still Valid’, which lead singer MJ Hibbett describes as “A Greatest Hits of what we’ve been up to for the past four years!“

Opening track ” – a raucous rant about enjoying yourself whatever age you are – first appeared in ‘Hey Hey 16K‘, a rock opera MJ took to last year’s Edinburgh Fringe and recently released on DVD.

While in Leicester with this May, I couldn’t help notice that the city was unusually abuzz from the underdogs heroic championship win. Born out this modern day tale of David and Goliath, the love for LCFC had spread worldwide which was made apparent to me when the band I was with (Otoboke Beaver) from Kyoto, Japan asked if they could get a Leicester City football cap/shirt and managed to as there was actually lots of people wondering the streets selling them.

Mark Hibbett, although Peterborough born was very much part of the Leicester scene from the ’90’s onwards and could often be found drinking in the Durham Ox pub, owned by Dave Dixey who ran the ‘Sorted Records‘ label which championed many Leicester/Midlands bands. 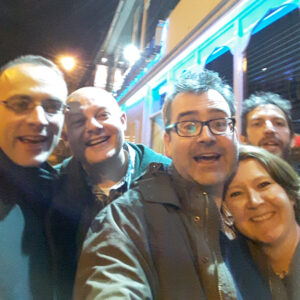 Mark would be sat imbibing with members of Prolapse, Cornershop and Lazarus Clamp as Leicester back then had a small but exciting genre varied scene, encompassing post punk, math rock, indie, twee, pop, comedy/experimental, reggae and ska. Much less uniform than some neighboring cities which to the untrained eye seemed entirely populated by people in post-rock bands and delay pedals. Sean Fortuna Pop! would sometimes venture over from Nottingham, Ian Magic Teapot would be promoting gigs, bringing in karate, COME his mates Leatherface and shows from the first Smog, Cat Power, Dirty Three, Jeffrey Lewis tours of the UK.

I’d actually left London to study in Leicester because John Peel had said Demontfort University Student Union was his favourite UK venue. Leicester back then had most of the big touring acts flowing through the two University student unions, while smaller groundbreaking acts played the legendary Princess Charlotte and local acts honed their chops at the very cool Anarchist/left-wing ‘Magazine’ and it was at the tiny upstairs room of this sadly long demolished hostilery that I stumbled across a young, beauteous Mark Hibbett majestically romping with a Bass guitar in Voon, back in the autumn of 1993.

Musically promiscuous the self confessed ‘hopeless tart’ was a member of Voon, The Council, Cha Cha 2000, The Fabians, The K-Stars but also had a prolific solo output (on tapes back then) and it was this that steadily grew a following and has now out-lived and out-performed (in streams/number of gigs rather than sales) almost every other Leicester band of those hallowed times.

I think it’s it fair to say Mark took inspiration from Billy Bragg’s political and DIY work ethic mixed with a hint of The Wedding Present’s upbeat catchy arrangements and Half Man Half Biscuit’s satirical humour. His acoustic solo act was jubilantly padded out into a full band from 1999 when Tim the drummer from Prolapse, Tom the violinist from Lazarus Clamp, Frankie Machine the bassist in White Town plus Emma Pattison (married to Tim) joined MJ Hibbett as ‘The Validators’. Since then they’ve performed live on Radio One, had a Record Of The Year in Rolling Stone, an Album Of The Day on 6Music, released one of the first ever viral videos, and toured the UK and Europe.

Fast forward to 2016 and MJ Hibbett & The Validators’ sixth studio album ‘Still Valid’ is released this 4 July and ’20 Things to do before you’re 30′ is the single.

It’s an astute and typically wry swipe at social media bucket-listicles in which Mark sagely asserts it’s the character forming mistakes in life that are most important as you learn from them rather than a stream of first world purchasable Instagramable goals. All set to a stonking fuzzy indie-pop topped off with some lovely violining from Tom and Emma’s brilliant backing vocals.

“learn another a language, do a bungee jump, sort out your pension and love like nobody’s ever loved

Swim with dolphins, have a business of your own, write a novel – climb Kilimanjaro.

If your under 30, lucky you but I suggest your times best spent not trying to improve-

With 20 things to do before your 30, what a crock of shit, here’s a better bucket list:

Smoke bananas, Fall asleep on a train, get so drunk that you hallucinate.

Go out with someone awful, be friends with gits, die your hair, shave your head go for lunch and come back pissed.

Are they still Valid? YES, and just like LCFC’s hard work and persistence saw them beat astronomical 5000 to 1 odds to win the cup, I’m rooting for MJ Hibbett and the Validators to clear up in the charts this year and see off heavy hitting industry backed pop-opposition.

‘Still Valid’ will be released via marks own label ‘Artists Against Success‘ on iTunes, Amazon and all digital download services on Monday 4 July 2016, with a limited edition CD version available exclusively from the band via their website, www.mjhibbett.co.uk.

MJ Hibbett & The Validators can be found online here:  https://www.mjhibbett.co.uk/index.php They are also on Facebook and Twitter