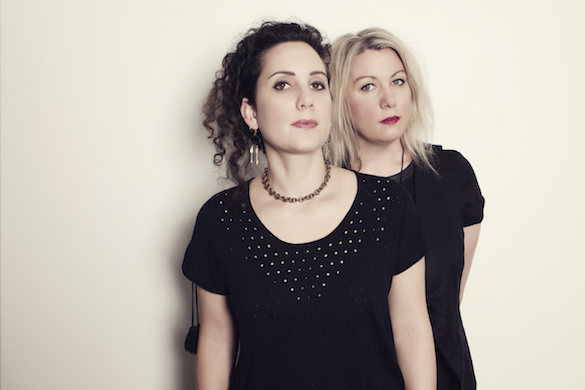 Love Like Hate are indie duo Heather Cheketri and Sonja Ter Horst who hail from Brisbane, Australia. They’ve been making quite a name for themselves in their home country and we think it’s about time the UK became more familiar with them – and their beautiful, dark and intense brand of pop. So needless to say when we were offered a chance to premiere their new video, the lead track from brand new EP Unnoticed, we jumped at the opportunity.

It seems we’re not the only people in the UK thinking it’s about time Love Like Hate were better known in the UK as, on the back of their Unnoticed EP, the band have just signed with independent music giant Rough Trade.

The 5-track Unnoticed EP follows on from the duos celebrated debut, Rabbit Hole. To quote from the press release:

“There is a beautiful dark intensity to the way the band approaches pop. It’s the music you want on the radio on a dark and stormy night. Beautifully erratic and sometimes intense, there is a romantically sadistic appeal to their sound. Think upbeat music perfectly framing darker lyrical content. “

The music video we’re premiering for you today is the title track of their latest EP and it was filmed during their recent European tour.

Find out more about the band – including where to buy music by the pair – from their website: lovelikehate.com.au.