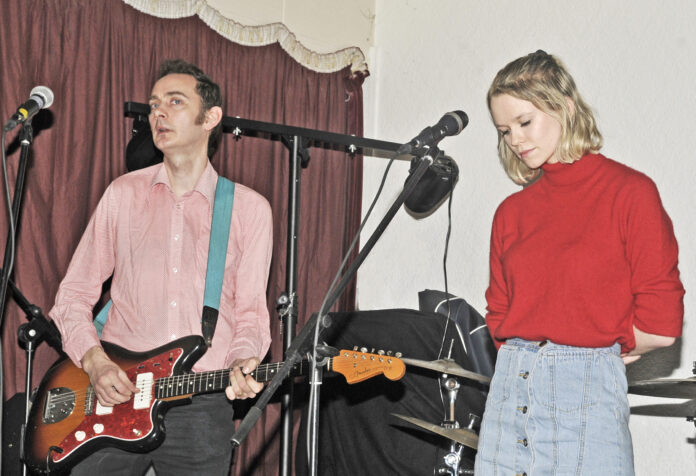 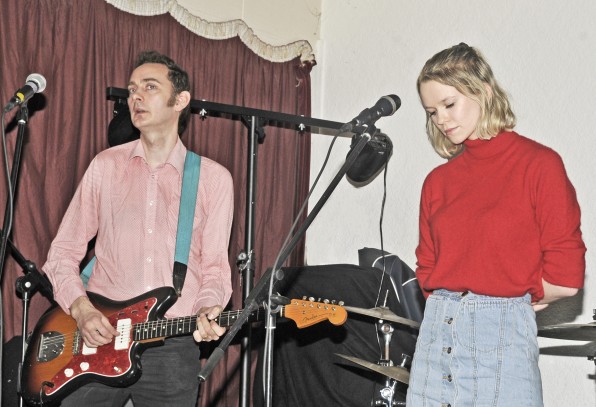 Milky Wimpshake return in April with a brand new album of their brilliant, melodic punk indie-pop. The album features several duets between the band’s Pete Dale and Sophie Evans and she’s definitely to the fore in the video that we’re chuffed to be able to premiere for you today. It, along with more info about the album, can be found below.

Newcastle-upon-Tyne’s Milky Wimpshake have been going for over 20 years now, having formed all the way back on 1993. Those were different times then, but Milky Wimpshake have remained pretty much the same at core; an utterly enjoyable blend of indie with a foot in both the “punk” and “folk” camps and lyrics that are at the same time witty, political and romantic.

The new album is due out on 6 April via the ever brilliant Fortuna POP! (with whom they’ve been for 15 years now) and is titled Encore, un Effort! It sees the band make a return to “political” (as opposed to purely romantic) concerns and also sees Pete Dale duetting with Sophie Evans, who wasn’t even born when the band played their first gig, on over half the songs.

The band are heading off out on tour in April to support the album’s release. They’ll be playing with the brilliant Martha (that’s a band, not a person) who also from Newcastle and we strongly recommend you catch a date or two on it.

And so to the premiere. It’s for the track  ‘Le Revolution Politique’ and is one of the aforementioned “political” songs. It’s also Pete’s first ever song written in French and its subject matter is a call for political revolution. It’s a sweet little song, on the face of it quite simple (which is, of course, Milky Wimpshake’s “Je ne sais quoi”) but it’s guaranteed to get you tapping you toes and nodding your head along to it. By the second time round we’re pretty sure you’ll be mouthing along to the words as well, irrespective of whether you parle the french or not.

Those live dates with Martha:

Milky Wimpshake can be found online here: microsofa.net. They don’t appear to do the socials but Martha do – Facebook and twitter: @marthadiy.