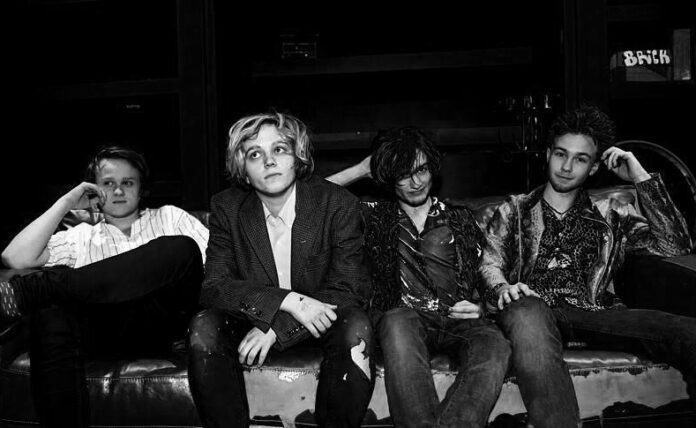 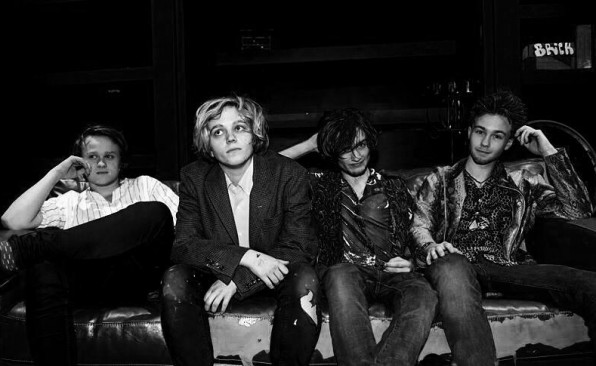 The Jacques are a prime example of British indie music at its best, and a poke in the eye to all those twerps telling you guitar bands are dead. So we’re thrilled to be able to premiere for you today the new video, Weekends, by a young band who we’re pretty sure are going to be a household name before the year’s out.

To say The Jacques catchy and exuberant singalong songs marry the best of The Beatles with the best of The Clash may sound like hyperbole to some of you, but not to us. That’s because we’ve been returning to their debut EP, Pretty DJ, so many times in the last few months that we know how irresistible their tunes are. And that their music has all the hooks of the best pop music married with just enough chaos and vim to keep those of us who like something a bit edgy happy.

Back when we introduced you to Jacques in November last year, we also suggested they were like a happy marriage of The Libertines and Pixies – especially the former – and that their songwriting was self-assured and brilliant. We stand by all that still and add that they might also remind you of Arctic Monkeys and The Strokes as well. Basically, in fact, they may remind you of all the best guitar bands you’ve ever heard. And that’s despite their all being aged aged 16-21 and only having formed in January 2014 in Bristol.

Live, The Jacques have developed an incendiary set of songs, as Keith Goldhanger confirmed when he saw them last month. Their debut was at Hyde Park in London in June 2014 where Gary Powell -The Libertines drummer- signed them on the spot to his label.

On Monday 23rd February The Jacques release a new single, titled Weekends / Baby, Turn The Light Off. It’s taken from that acclaimed debut, Pretty DJ EP, and it’s a video for the former track which we can premiere for you today.

The band also have a handful of live dates lined up, which you can find below the video for Weekends along with some links to the band online.