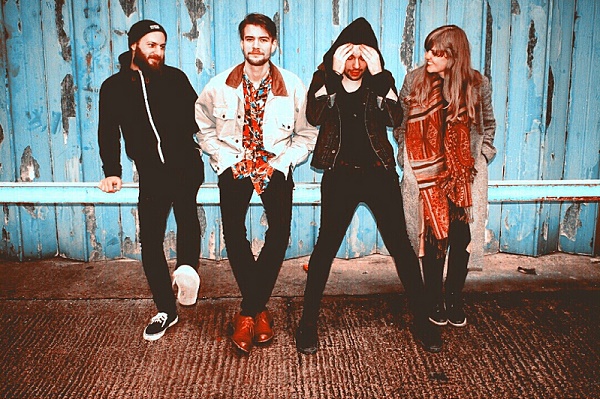 Manchester-based four-piece Glass Tides leave behind the folk aesthetics of their earlier releases in favour of something much more hard-hitting.

Much like the maritime ebb and flow from which half their name is taken, Manchester’s Glass Tides are a band with masses of sonic propulsion; pulling listeners in, then assaulting them with the sheer force of their blues-fuelled garage rock. Opting to leave behind the matured, contemporary folk of their debut EP might come as a shock for those who were familiar with earlier work, but it really does feel like a natural progression for the band, who’ve managed to maintain the refined edges of their previous output, whilst upholding a sound that’s far heavier and much more urgent.

Indeed, whilst their self-titled debut EP offered up rich and emotive narratives underpinned by a sincere and undeniable pop-sensibility, in turn magnified by the sleek production, the band’s new single Black Knight Satellite encompasses a traditional rock aesthetic, channelling the sounds of the early 70s in favour of the more contemporary folk fancies of their debut.

With their release party at Manchester’s Guillivers having fallen yesterday, we’re hyped to be able to exclusively première Black Knight Satellite here at Louder Than War.