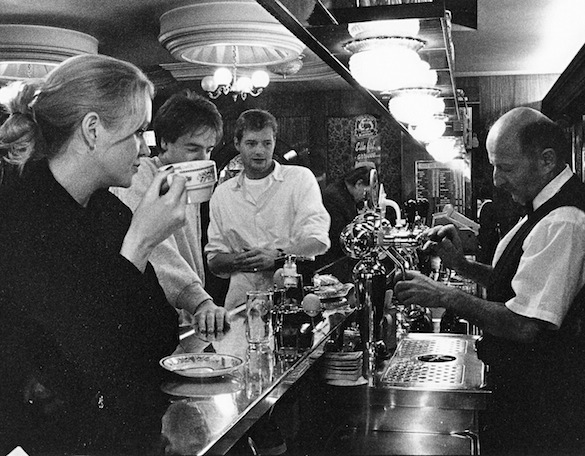 On September 22nd Peel favourites and cult favourites R.O.C. reissue their critically-acclaimed, eponymous, groundbreaking debut album on Metal Postcard records. This remastered re-release precedes brand new material from the band in the form of an EP some time later in the year. To get the “excitement” juices flowing we’ve got a premiere of a demo version of track two from the album which was first released in 1996.

“You never know what you’re gonna get next from this lot and I’m all in favour of that” – John Peel, BBC Radio 1

Old Peel listeners will be very familiar with electronica artists R.O.C. The band were founded by Fred Browning and Patrick Nicholson in London and were later joined by Karen Sheridan 1993. They’ve put out three albums in total but it’s their debut that perhaps caused most of a stir and it’s that album which is soon to be re-released by Metal Postcard records.

For writers of a certain vintage ‘R.O.C’ will mark the welcome return of a best kept secret, and for a new generation of scribes and fans alike, R.O.C will wow. It has stood the test of time, sounding freshly inspirational – standing up against its peers’ records from back then and recent releases in equal measures.

It’s a daring, tantalising album which never lets the listener settle as it darts about with surprises coming, as Peel intimated in the quote above, at ever corner.

The album was widely-praised on release:

If daring and experimental dance / guitar hybrids at their best float that form an “eventful aural ride across changing landscapes” float your boat this could well be what you’ve been waiting for.