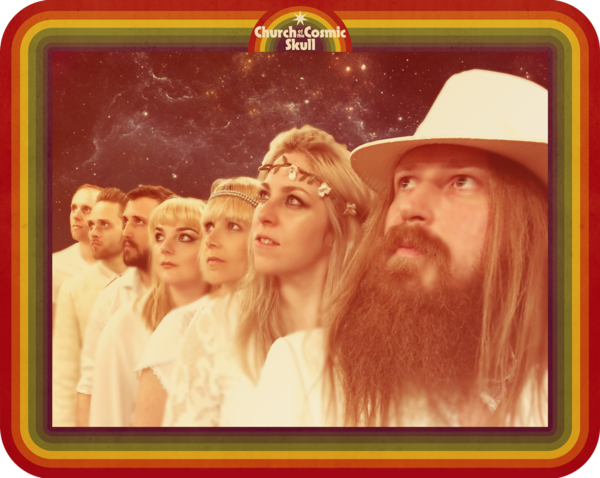 We premiere the video for Black Slug from Church of the Cosmic Skull – the seven-piece supergroup from Nottingham preparing to unleash their debut album in September.

Describing themselves as a new religious movement that “seeks to free mankind from their material possessions and unify all living beings into a singular cosmic whole” the band are making some huge and wonderful prog and psych infused rock.

Black Slug is taken from the forthcoming debut album, Is Satan Real?, out on Bilocation Records on 16 September 2016 on CD and download. A heavyweight vinyl will follow later in the year.

The band launch the album with a headline gig at Nottingham’s Rescue Rooms on 16 September 2016.