Home Music Bands Premiere and Interview: Fawn Spots – listen to a track off the... 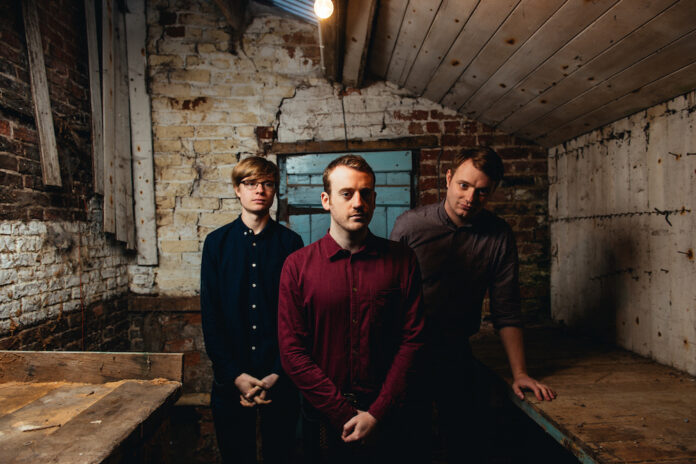 The brilliant York-based punk trio Fawn Spots, previously signed to Louder Than War Records, have a new album out in March and from what we’ve heard of it so far it totally rips, further pushing the boundaries of how far a band can go blending melodic, hook laden tunes with a furious appreciation of bands like Black Flag and Minor Threat. We’ve been given a new track off the album to share with you – check it out below along with the result of a quick chat we had with Jonathan and Oliver about the new album.

Titled From Safer Place, this the debut long-player from the band, due out on Critical Heights on 9th / 10th March. The band formed with the intent to push just how much noise two people could make but they’ve mellowed a tad since then – though without ever losing a sense of why they formed. Based around Jonathan Meager and Oliver Grabowski on vocals and guitars and with the recent addition Paddy Carley on drums, we put a few questions to the guys about the album, starting with us asking why they’ve deemed now the right time to release it…

“It just felt like something we needed to do.” says Jonathan. “We’d released a few EPs of material over the first years, but the challenge and concept of an album seemed new and exciting. We had started getting a bunch of songs that worked together more coherently and had a more comparable sound between them.” 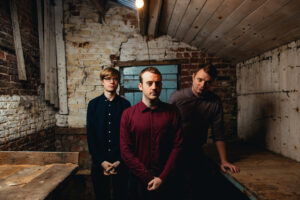 The band’s love of the afore-mentioned old school US bands would be obvious even if the album’s press release didn’t drop such names as Rites of Spring and Husker Du – for instance our own John Robb spotted a similarity with “early SST bands” when he wrote about them for us back in 2013 – but would the band themselves consider such to be the main influence on their sound?

“Certainly Dischord and SST were the apex of what we referenced on this record,” says Jonathan, “…but the importance of Joy Division / Warsaw and Factory Records shouldn’t be underestimated. We love all different kinds of music, from techno through jazz, but the likes of Rites of Spring, Mission of Burma etc… were all ‘light bulb’ moments for this record.”

Oliver continues… “There are so many other influences on the album that were picked up during the writing and recording process, however it’s the ones mentioned in the press release that remained the most consistent. We still go through periods completely fixated on their music and find new things we like about each song all the time, but we are also constantly looking for new bands to obsess over.”

An entirely normal hobby we say! The album’s title captures the band’s existential angst and was borne out of the idea that growing older distances oneself from a place of security, propelling oneself into a position of ambivalence. This bittersweet transition – simultaneously daunting yet thrilling – is revealed musically throughout the album: just as becoming aware of oneself feels as if being ‘thrown’ into the world, From Safer Place thrusts you headfirst into its roaring surge. It was recorded in what the press release describes as “sheds located in an abandoned Georgian garden, just outside of York” which piqued our curiosity, so we asked more about how that came about. Said Jonathan…

“York doesn’t have an industrial heritage like places like Sheffield or Manchester, and consequently there aren’t really any empty industrial areas we can use. A friend put us in touch with a guy who owns a lot of property round here who lives in this grand manor house (in the traditional sense of a country manor) in the countryside out towards the Wolds. In the tiny village where he lives, there’s a short drive with a wall at the bottom – behind there are some sheds that, at the time, were unused. It was quite literally the closest space to our house we could find. It’s perfect though – completely isolated, no phone or internet signal.” 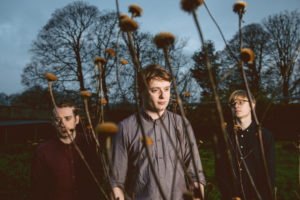 Oliver continues… “Before we built the studio we were paying for practice spaces every week – for the amount of money we were spending on a generic room every week and carting our gear around / setting up and down every time we just figured it would be much better and potentially cheaper to have our own space. The Garden Centre itself is amazing, however it was run into the ground and never revived, we just turned a set of outbuildings into a studio with a live room. We sometimes rent it out – it would be great to get a couple of bands in there but as of yet it hasn’t been too consistent.”

London based label Critical Heights are a label who are just starting to make a name for themselves – not unlike Fawn Spots in fact. Like most of the best labels they gave the band a lot of freedom – we wondered if this was one of the reasons that Fawn Spots, a band who seem to have a pretty strong idea of which direction they want to go in, decided to sign with them?

“We sent them some of our songs and they seemed in to them…” says Jonathan, before continuing… “They came and watched a few shows and we chatted about what we wanted to achieve and what they did, and it all seemed to align.

“The freedom has been great – they support us when we need it and let us just do our own thing other times. We basically sent them the album when it was finished and they were happy with it.”

Oliver confirms… “Their stance was that they wanted us to produce an album we would all be happy with as opposed to just telling us we have a deadline to work to. This allowed us the opportunity to really labour over getting every part as good as it can be. To one extent it has meant that it has taken longer to deliver the album, but better that than to have rushed everything.”

Fans are notoriously wary of songs they don’t know when played live. With the band having just finished a short tour with Seattle’s Naomi Punk we wondered if they bit the bullet and played any of the new stuff – and if so, how did it go down?

“People seemed to enjoy the shows and when we chatted afterwards got what we are aiming for…” says Jonathan. “Naomi Punk Are such great guys and an amazing band live, so it was awesome to see them 7 times in a row. Plus we got to visit a few different places – I’d never have visited Ramsgate otherwise.”

Oliver chips in with… “It is great that everywhere we go people seem to enjoy different songs in the set. We haven’t really had a negative response from anyone so far.”

Which, of course, is how it should be!

Now check out the track Black Water, below which you can find details regarding how to pre-order the album and where you can see them live in March.

The album can be pre-ordered from Critical Heights Bandcamp.