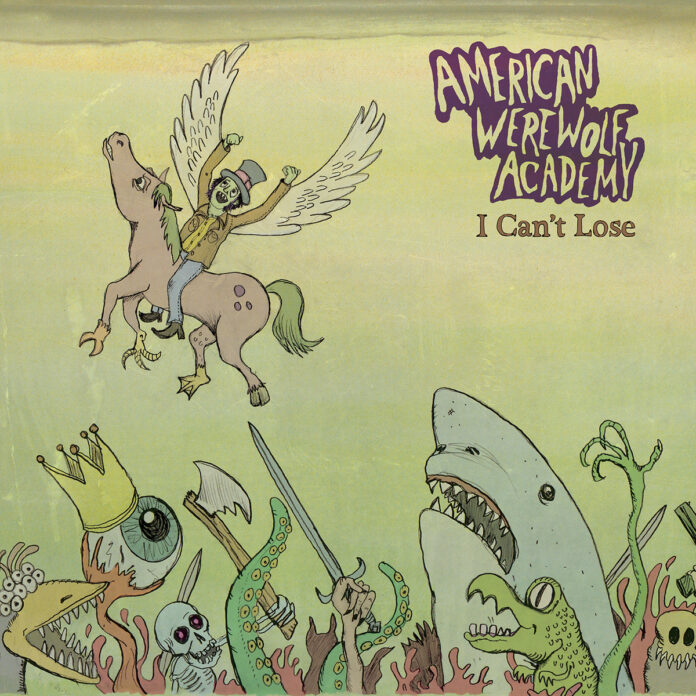 Today we’re celebrating the return of the Texan alt-powerpop types American Werewolf Academy who have a new seven inch single out at the end of June on Damnably Records. Here we giving you the first look at the video for one of the tracks (above) on the 7″ and the first listen to another (the b-side – below). Joe Whyte does the honours…

I reviewed AMA’s second album here for Louder Than War and am happy to say that their new single is another slice of crystalline wonder. Chiming, chugging guitars, sweet-as-honey melodies and that slightly off-kilter pop that they’ve been weaving for a few years now.

As with the “Out Of Place” album, there are shades of The Cars and Cheap Trick as well as everyone’s favourite musical genius boozehounds, The Replacements.

Aaron Thedford’s vocal is a verging-on-cracked delight throughout the song and he lends a maturity and roadworn quality to the song that’s pretty much been coming for some time now as the band have developed.

The B-side (do those still exist? Well this is an actual record, so yeah!) is the wonderfully titled Fast, Loose and Fucked Up (stream below) and basically that title says what we love about AMA better than I ever could.