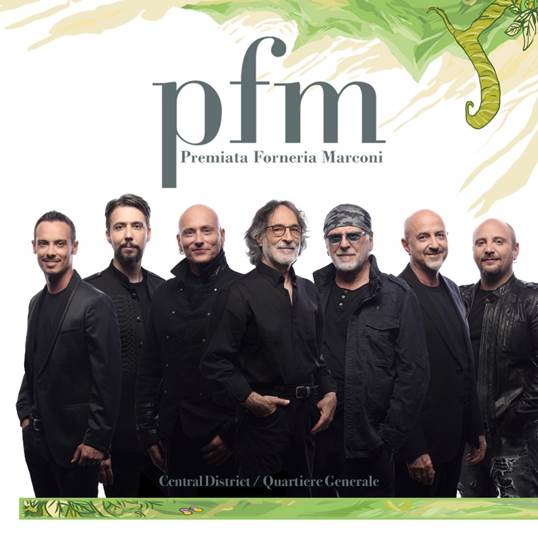 Central District is the first single by Italian progressive legends PREMIATA FORNERIA MARCONI (PFM). The song has been released simultaneously in its English and Italian version (Quartiere Generale), and marks the first brand new track after 14 years. It comes from the new album Emotional Tattoos, which will be released worldwide via InsideOutMusic on October 27, 2017 as English and Italian version.

The different language versions offer completely different lyrics, making the track even more accessible for an international and Italian audience.

You can listen to both tracks here:

Emotional Tattoos is an album that looks towards the future as the artwork clearly shows. Created by Stefano and Mattia Bonora with art direction by ArtKademy and concept by Aereostella, it was revealed as an impressive mural painting in Milan, Italy. The band explains:

“On the album cover we can see a spaceship headed by Franz and Patrick, which leads the fans in unexplored territory: The new PFM’s world where music has not only one identity but embraces many different musical genres. Emotional Tattoos is an album which will print feelings on your skin.” 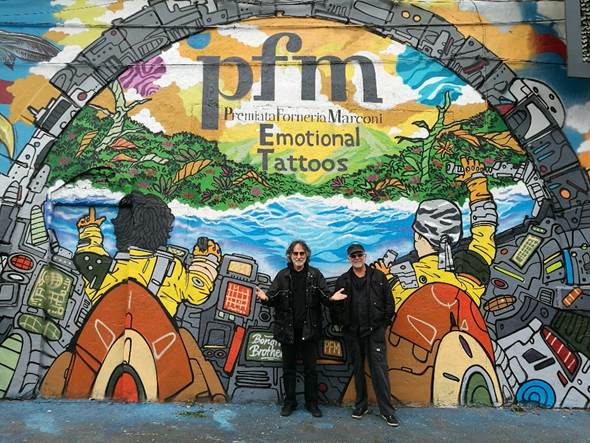 Formed in 1971 and celebrating its live debut in the same year opening for Yes in Milano, PFM is a very eclectic and exuberant band with a distinctive style that combines the powerful expression of rock, progressive and classical music into one fascinating entity. The band quickly gained a prominent place on the international scene by making it to the Billboard charts (for 1973’s Photos Of Ghosts), winning a Gold record in Japan while constantly ruling the charts in their home country up until today. Recently, PFM was honoured with position #50 in the “UK Classic Rock Hall of Fame” of the 100 most important artists in the world.