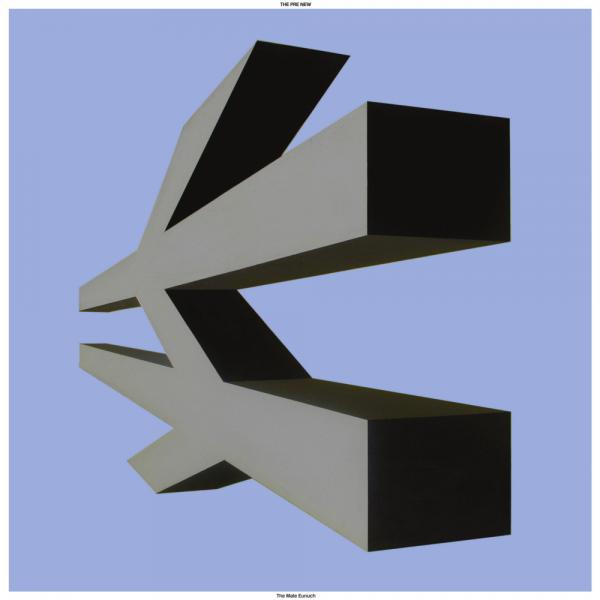 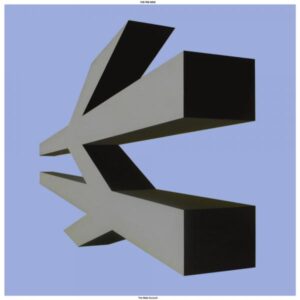 The Pre New return with their second full-length critique of social ills.

Music for People Who Hate Themselves (2012) did not appear to be an album that would engender a sequel. It was concise, humorous and self-contained. The observational lyrics that were intrinsic to its sustainability, suggested that in spite of the contemporary nature of the themes perused by the Pre New, those themes simply did not have a shelf-life beyond the immediate now. Having said this, however, it is obvious that the present is still very much with us and, politically speaking, not much has changed in the last few years. Many of us are still drinking Prosecco out of jam jars, voting Conservative and taking out extortionate mortgages on ridiculously expensive property.

It seems the Pre New had suspected that nothing would change, which is why there is an overwhelming sense of iconoclastic fervour prevalent on The Male Eunuch. The title of the new album is a play on Germain Greer’s feminist treatise, The Female Eunuch (1970). In the introduction to 1980’s Panther Edition, Greer states that the concept of female castration is central to the book: “Women’s sexuality has been repressed because it served no social or domestic function. Whole women would have been restless, aggressive, unpredictable […]”. Bearing in mind the Pre New’s tendency for critiquing the status quo, does this then suggest that the male eunuch achieves impotence through overindulgent self-importance?

The first song to address this question is ‘Psychedelic Lies’. It is a disorientating tour through towering mazes of discarded cultural detritus; stockpiles of everything the 21st century holds dear. The snarling refrain, “We are stronger now / Psychedelic lies”, suggests that the liberated frontier promised by the hippies will never come to fruition. Instead, we are imprisoned by flickering screens and astronomical advances in algorithmic technologies that serve to exploit our purchasing habits and crippling self-esteem issues. Other songs on the album also poke fun at our social quirks. ‘Janet vs John’ compiles a collage of patronising messages from evangelical misogynists, while ‘MRI Classics’ berates Sir William Elgar’s ‘Land of Hope and Glory‘ with grating mechanisations from an MRI scanner. as if the machine had suddenly found new employ – on a zero-hour contract, of course – as the erroneous game show buzzer on University Challenge. ‘Europa Superstar’ wouldn’t feel out of place as a Rob Zombie remix on the ‘Party Monster‘ soundtrack and ‘100% Beef’ takes a stab at overconfident debt-led society with the opening gambit: “Your wife is beautiful, you’ve always had perfect taste / With thirty years worth of overdraft, you’re back at your dad’s place”.

The Male Eunuch presents us with a world that no longer deems it necessary to dramatise its inefficiency under dubious PR slogans like ‘The Big Society‘. Instead, it shows us a society that lives in public and loves it. The Male Eunuch points towards nations that adopt Pharrell Williams’s ‘Happy’ as their national anthem. It also parades, in front of our ears, governments that no longer fear criticism or subversion. In short, The Male Eunuch directs our attention to a dire reflection of a world that eerily resembles our own — a ‘post-world’ of snide bigotry and mediocre art — and asks if this is a world we want to inhabit.

When popular music dispenses with credible work that adds value or dimension to the cultural landscape, it inadvertently lends itself to be exploited by those with a talent for satire. (Even though we’re talking about the ‘alternative’ end of the popular music spectrum, we’re still dealing with popular music per se.) The Pre New is a band who revel in revealing the distinguishing chasms between us and them. They are not averse to irony, but do feel that content without meaning is something that should invite ridicule. Exploring politics within popular music is decidedly uncouth, but like it or not, the Pre New are political. Furthermore, they’re satirical and funny. They may not want to admit it, but their tunes are loaded with insightful lyricism. William Burroughs once said that “when you cut up the present the future leaks out,” and perhaps this is the most prescient point one can make about the album: by dissecting the present the Pre New add currency to our cultural future. There may not be much future left, what with all that desperate scrambling that western imperialism invites us to engage in as part of its vain-glorious decline, but at least we have the Pre New to thank for this tumultuous soundtrack for the end of days.

All words by Ilia Rogatchevski. More writing by Ilia can be found at his author’s archive. Ilia tweets as @rogatchevski.