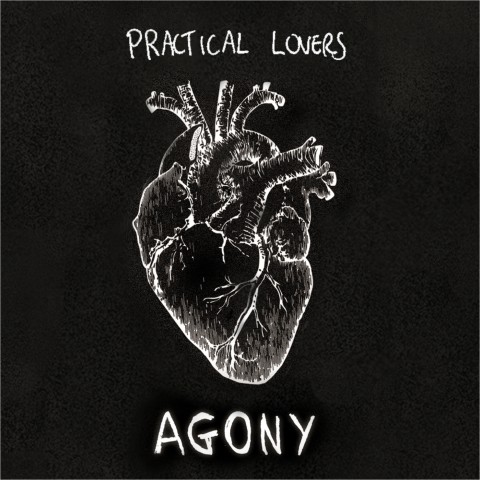 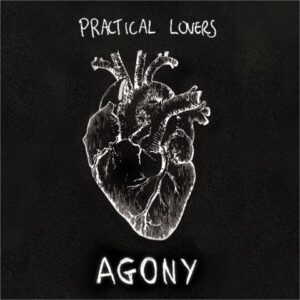 (I’m Not From London)

Agony is the debut album from Nottingam-based synth pop duo Practical Lovers. Louder Than War’s Stephen Murphy has a listen.

Like the roboticized bastard offspring of Gary Numan, a mini herd of electro-pop bands and synthesiser-duos have sprung up in Nottingham over the last few years. This explosion in electronic music, hasn’t quite reached the critical mass to call it a ‘scene’, but is yet another reason why Notts is one of the most vibrant and diverse cities for music in the UK.

Practical Lovers are one of the bands who make up this loose, nameless collective, which also includes the dark and moody I Am Lono, the sky-scrapingly epic April Towers, the downright bastard mental Revenge of Calculon, and the gloriously technicolor Cantaloupe – all of who between them, are producing electro-synth-pop as joyous and life affirming as anything produced in the genre’s late 70s/early 80s heyday.

Whilst their electric comrades Cantaloupe, were first to release an album earlier this year, the man-on-man combo of Practical Lovers are next in line to offer up a full length musical outing in the form of their debut LP – Agony.

With a smattering of well received singles under their belts already, the big question for the Practical Lovers duo of Jack Wiles and Mark Connell is, can Agony possibly live up to the promise made by their initial releases?

From the get go, and the opening keyboard blasts of Put It Bluntly, you know the answer in all probability is going to be a big fat fucking yes!

With a grunting, snuffling bass line, and some underlying cinematic synth wibbleing that John Carpenter would be envious of, Put It Bluntly is topped off by Jack Wiles nasal passage-led vocals, that make him sound half like a man on the edge of romantic despair, and half like a man in the grip of a really nasty cold. With the most distinctive vocal stylings I’ve heard in a long time, I suspect Wiles’s adenoidal crooning will horrify those who like their singers bland and mid-Atlantic sounding, but will delight those, who like me, love to hear strong, not-the-norm regional accents coming out of their speakers.

If Put It Bluntly’s tale of love going wrong brings a lump to your throat, then Inside Job and Full of You will leave you weeping on the floor. Both are so beautifully heartbreaking, that you’d have to be a stone-hearted shit not to have some kind of empathetic connection with Practical Lovers mix of bleak, doomed lyrics, and gloriously uplifting music. Full of You’s opening gambit of “I’m not sleeping well these days/my head keeps grinding on and on/my head’s all full of you” will in-particular, have you dabbing your eyes like a chastised toddler.

On an album of memorable songs, perhaps the most glorious moment on Agony is the aforementioned Textbook Romance. Over a prickly bass line that’s part New Order/part early Wedding Present, Jack Wiles sings about how he’s going to plan his next amorous endeavour down to the last detail. This can be read as either a song about a hopeless romantic who’s determined to do things better next time, or a chilling, crazed stalker’s charter. Either way, it’s a song that anyone who’s loved, lost, gone a bit mad, then tried again can relate to, and is guaranteed to make to make you dance, even if it is with crazed, thousand-yard-stare expression on your face.

With Agony, Practical Lovers have created an album that works on two levels. Not only is it full of tunes that will ease the boredom of the daily commute, or sooth the feeling of ennui that comes from having to do the fucking washing up – it’s also a record to listen to on those long nights of the soul, where hearing someone else’s misery and heartache is the only thing that’ll ease your own pain. It’s a bold claim, but I suspect that over Agony’s 40 or so minutes, Jack Wiles has produced some of the best lyrics about relationship fuckupery since the glory days of a certain David Gedge.

Agony is an absolute triumph, and deserves to place Practical Lovers into the hearts and minds of all doomed romantics everywhere, and certainly cements the band’s place in the hierarchy of Nottingham based synth-pop exponents. Purchase it now, and prepare your tear ducts for action.

The album launch party takes place at Spanky Van Dykes in Nottingham on 27/11/15.

Agony can be pre-ordered from here.