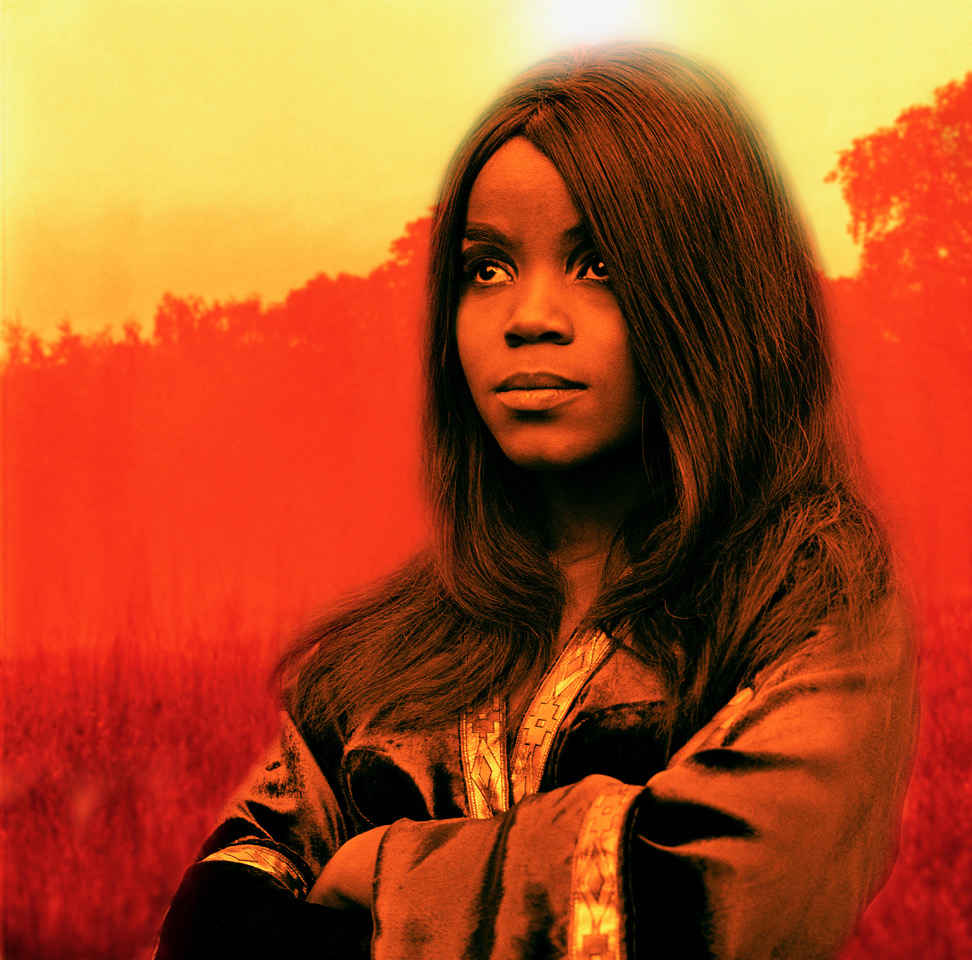 Unreleased late 60s album from the former Ikette, recorded in the aftermath of her successful stint at Immediate Records. Big names guest producers Eric Clapton and Barry Gibb are on hand for a treasure trove for PP watchers……Ian Canty almost explodes with anticipation of one of the great Soul voices’ rarest grooves…..

PP Arnold’s story is one of a rare talent built on a never say die attitude. Displaying a precocious flair for song from a very early age, she got a start professionally in 1964 as an Ikette. There she took part in what must have been one of the most exciting stage shows ever to grace the boards with Ike and Tina Turner (must have been incredible to see them play with two such great performers on show), working hard on their gruelling tour schedule.

Two years later Arnold quit and decided to stay in the UK to try her luck with a solo career. Vital support came from the unlikely direction of Mick Jagger and this brought her into the orbit of top 60s chancer Andrew Loog Oldham. Penning a deal with his recently launched Immediate label, she also fell in with the Small Faces, at the time on the form of their lives. PP became a backing vocalist for the Mini Mods and also the arrangement worked vice versa on The First Lady Of Immediate, her debut album.

Unfortunately the dare-devil scamming of Loog Oldham meant the label couldn’t last and Immediate folded soon after her second album Kafunta. Determined to push on with her own efforts, she was spotted by Robert Stigwood’s right hand man Jim Morris who encouraged Bee Gee Barry Gibb to work with her (which I believe could be termed “landing on one’s feet”!). Two singles resulted but the album, which was finished off by Eric Clapton after seeing her perform with her live band, stayed in the vaults (Elton John’s guitarist Caleb Quaye also helmed two tracks). This recording, even though it was littered with great players and big names, has remained unreleased. Until now.

Finally that long player is what we have here and bearing in mind all the considerable talent involved we shouldn’t be overly shocked that the end product is pretty darn good. But perhaps the key name for at least the Gibb-produced tracks set to tape was Bill Shepherd, Barry’s right hand man and plainly a very talented bloke who came up with the wonderful arrangements presented here. They’re the ideal setting for PP’s voice, sympathetically providing the stage for her and fitting the compositions to a T.

For such a high quality album it seems a little churlish to hunt around for highlights – there are great little touches everywhere, like the wigged-out guitar on Born or the shivering strings that provide perfect sparse accompaniment to PP on the moving High And Windy. The genius of The Turning Tide is in the unselfish, pared down musicianship and that one of a kind voice that always perfectly meets each individual song’s content and demands – more than just someone running through a bunch of lyrics, you feel PP Arnold lived them.

Title track The Turning Tide is exquisitely put together, with strings eventually joining the guitar and voice. This slowly produces a gorgeous setting for Arnold’s heart-breaking vocals. We slip back to her Gospel roots in Give A Hand and Bury Me Down By The River or fast forward to her time in with the Stones on tour with You Can’t Always Get What You Want. Children Of The Last War with its sweet message of hope musically reflects the R&B power that she defined her work (and lived through with the Turner show). This record is basically her life story up to this point set perfectly to music, touching, inspiring and damn real.

The Turning Tide, if it had come out at the time, would not only have been one of the top albums of the year and also gone down in history as a classic. The near 50 years that have elapsed since recording mean only that its passage to that status has been delayed. It doesn’t sound dated at all either as the quality on show of the songs, music and the vocal performances from Arnold herself render it timeless. Quite frankly to die for, a simply superb recording.