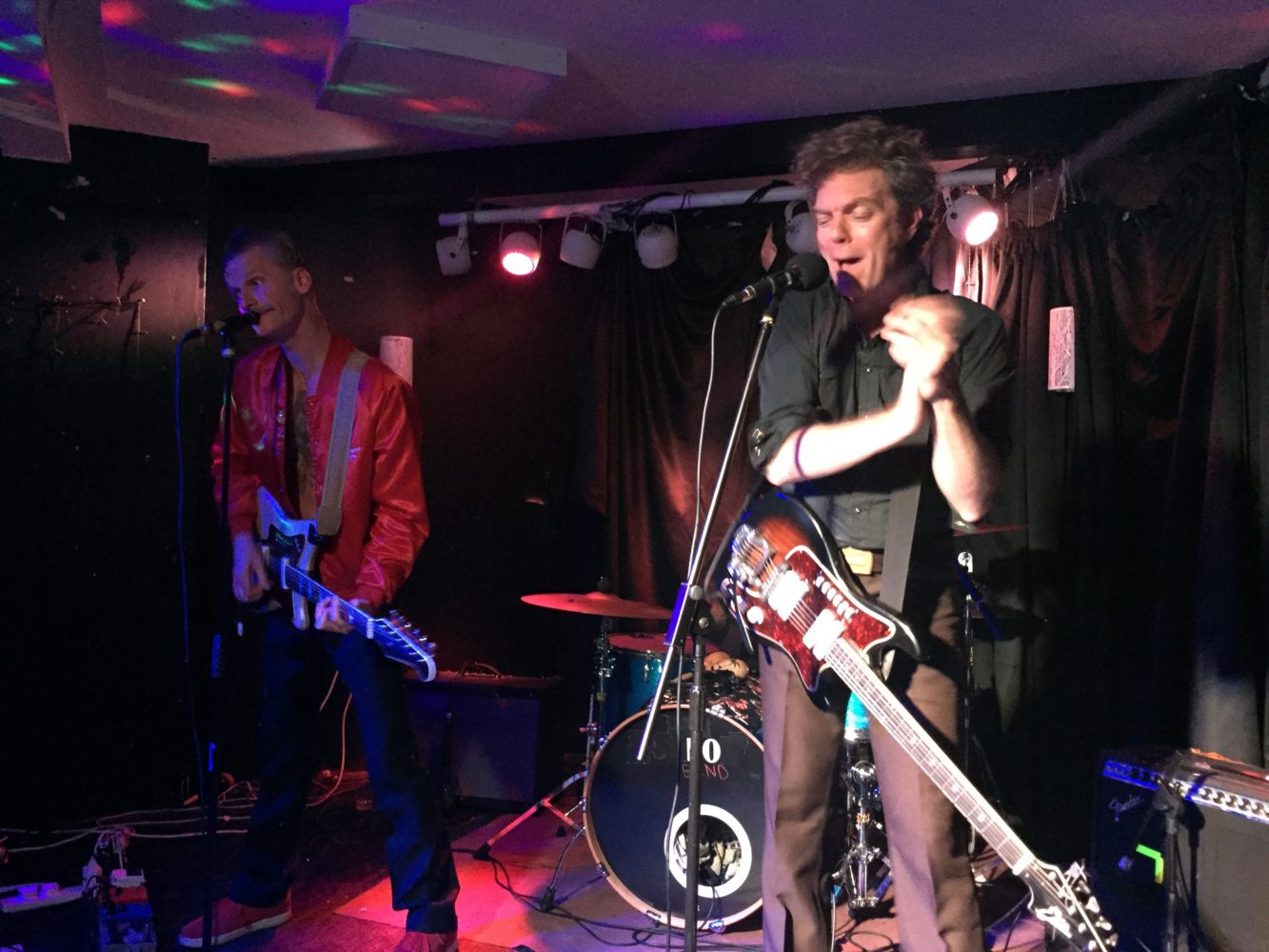 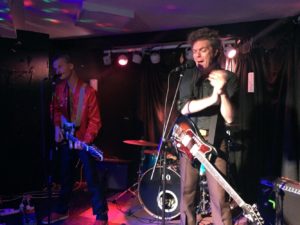 A reconfigured PowerSolo took to the subterranean low stage of Manchester’s Peer Hat; fronted by founder Kim Kix dressed in an open fronted vivid red satin jacket which revealed an enormous chest tattoo, before guiding PowerSolo through a wilfully off-kilter set that drew upon previous albums ‘The Real Sound’, ‘Egg’, BloodSkinBones’ and featured material from current release ‘Bo-Peep’ the first album since the departure of the Atomic Child… as ever the question remains; “Can You Dig It?” 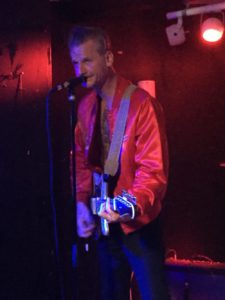 Kim Kix is channelling Hasil Adkins, both Lux and Ivy, and the southern surreal of Col J.D Wilkes, the sound, when the power remains on is powerful and expansive, an ultra-solid drum maintains a course whilst Kim whoops and hollers into the microphone, which for reasons only know to Kim he leaves in the stand which is held an inch off the ground – a swinging metronome; the set is joyously shambolic; Kim leaves the stage joining, and chatting to his audience whilst the mayhem of ‘Baby, You Ain’t Looking Right’ never seemed more appropriate, Kim returns to declare a ‘Messerschmidt’ his favourite aircraft, despite being devoid of the studio keyboards this one is particuarly gnarly, the swing being replaced with twang as Kim spits out the repeated refrain ‘Messerschmidt’ before ‘Boom Badda Do Ba Dabba’ takes on a life of its own, nonsensical lyrics, warped guitar thrashings, the creation of a mind dripped in mescaline leading into ‘Tornado’ from ‘Bo-Peep’ and I think أنا بحبك but with a title like that who would ever know!

PowerSolo are like no other band, the perfect melange of burnt guitars, pummelling beats and genuinely warped vocals; defiantly ‘Born Bad’ trash, and for that we should all be thankful!