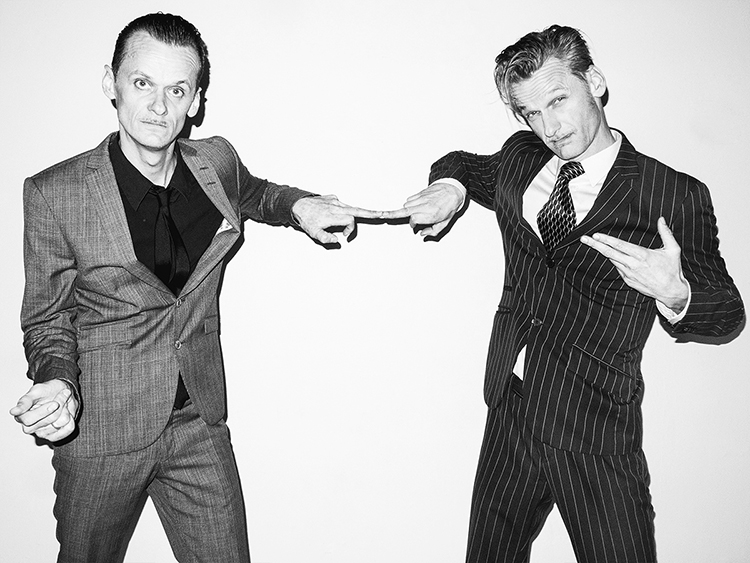 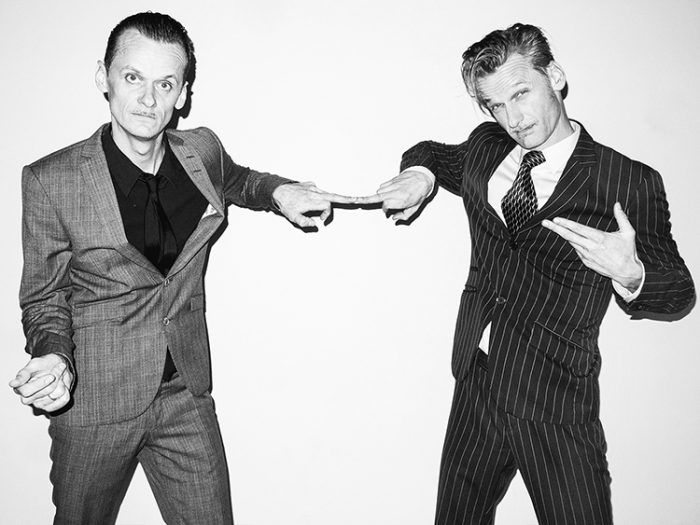 Danish odd-balls PowerSolo have announced a short run of UK dates; this will be a rare opportunity to witness the moustachioed, warped, crack infused mayhem that is occasionally referred to a “donkey blues”..

PowerSolo are the sort of outfit that will in years from now feature on future ‘Born Bad’ compilations, disturbingly off-kilter rock that reaches back to the 50’s, and 60’s to the sort of trash-rock psychobilly last demonstrated by the likes of Hasil Adkins, and The Legendary Stardust Cowboy but then injected with a mind-expanding, dare I say the word…prog outlook – nothing is sacred for theses two elegantly attired rail thin brothers from the future lost in our past who go by the monikers Mr Kix and Atomic Child.

To date they have been the masterminds behind five albums, the most recent ‘Real Sound’ being released via Crunchy Frog Records, a soundtrack, a 10”-split with Heavy Trash, two 7”-singles and several contributions to compilations.

They rarely play in the UK and demand for tickets is high – Adavance tickets for all dates are on sale now.