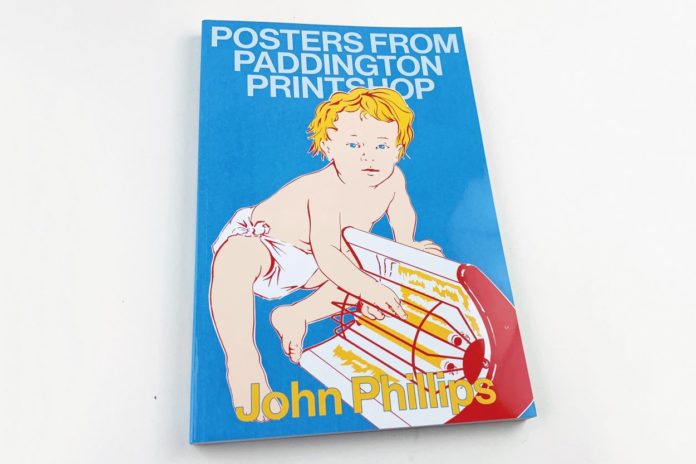 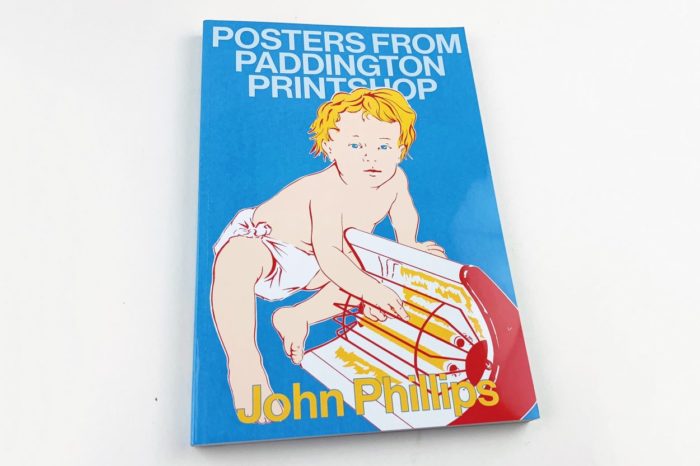 In the mid 1970’s a disused taxi meter factory, a group of artists and designers camped up, opening Paddington Printshop. Specialising in making posters for local campaigns it quickly became a hybrid of activity bringing together a wide range of eye catching memorable images for local causes. Basically if anyone had a good idea they would consider it, nothing sexist, racist or commercial. 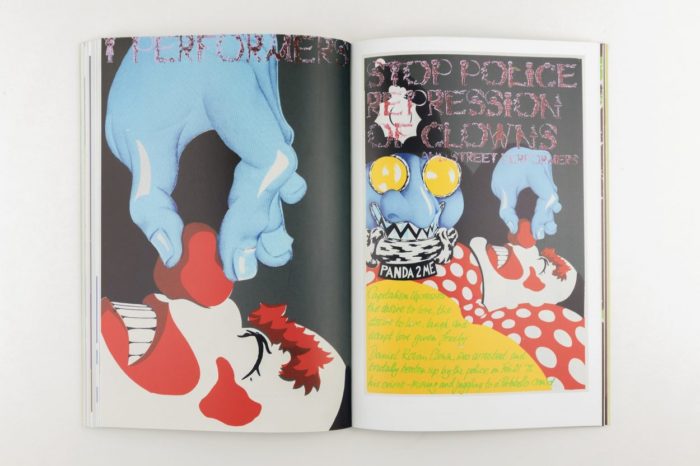 Focusing on housing rights, neighbourhood initiatives plus gigs and festivals the local community was well served through the expertly colourful crafted images, making the ideas of the people vividly stand out. There are similarities to the work of Peter Blake, Andy Warhol and David Hockey, with the use of thick block lettering, bright colours with words and phrases like Stop and Another Empty Home the idea is to catch the attention of the viewer, as is with any advertising campaign, the difference here is there is a touch of archaic class touching the easel.

This large format book houses a bunch of these iconic posters, the best of the bunch include a mock Cape apple and Outspan orange adverts with a background symbolising South African anti-apartheid protests. A stark Paddington Against Racism poster features a black and white silhouette that looks similar to Angle Of The North. Further delights include Roy Lichtenstein pop art similarities plus political reminders of the wealthy versus the poor. How times haven’t changed. 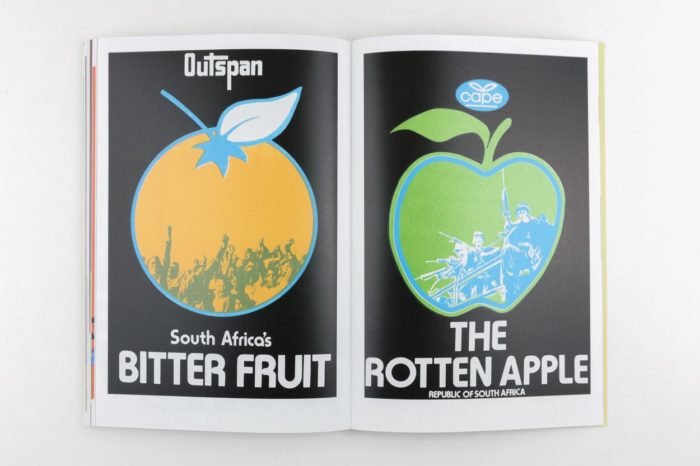 You can purchase the book from the Four Corners website.

All words by Matt Mead. Further Articles by Matt can be found via the Louder Than War author archive pages.