Home Blogs Postcards From Jeff – the latest release on Louder Than War record... 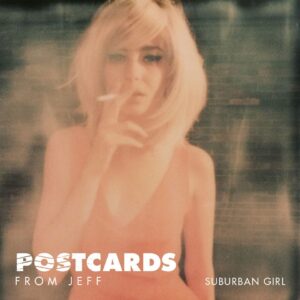 The latest release from Louder Than War records is a download single from Postcards From Jeff.

Conceived in the heart of rural Yorkshire within a recording studio between producer duties for other artists, Joss Worthington (aka Postcards From Jeff) plays, records, and mixes everything himself. Postcards From Jeff is heavily textured and cinematic, yet retains the charm of a far more simple stream of consciousness. Underpinned by a Lost In Translation-style isolation or a self-proclaimed “perennial yearning for pastures new and greener grass,” elements of far flung folk, electronica, country, krautrock and pop are seamlessly brought together in a worldlier embrace.

The former mill towns between Manchester and Leeds are a fascinating ribbon of slate towns hugging onto the rivers in the valleys between two of the major cities in the north. Tugged one way or the other by the major cities they have their own curious culture that somehow in untainted by the big cultural centres.

Joss Worthington is typical of this idiosyncratic streak. he built his own studio (Distant City where we recorded the membranes album – fantastic live room and in Joss a great engineer). In this isolated environment he creates his own world and it’s a fascinating world that the music allows you a glimpse of.

Video for the track A House…

Postcards From Jeff EP is out now.

Listen to their music on Spotify.

Life in the sticks can be seriously strange. From Myxomatosis stricken rabbits to agoraphobic house parties, the self-titled debut EP of melodic explorer Postcards From Jeff offers a new perspective of looking out from within the windswept valleys towards the bright lights of neighbouring cities.

A dreamy ride that gets inside of you in a good way. This is a new type of dreampop, folks. Get on board, take a journey In Your Speakers

Taking vast almost cinematic synth beds and layering them with indie melodies and a gentle and somewhat understated vocal, this is dreampop with expansiveness. I Love Pie