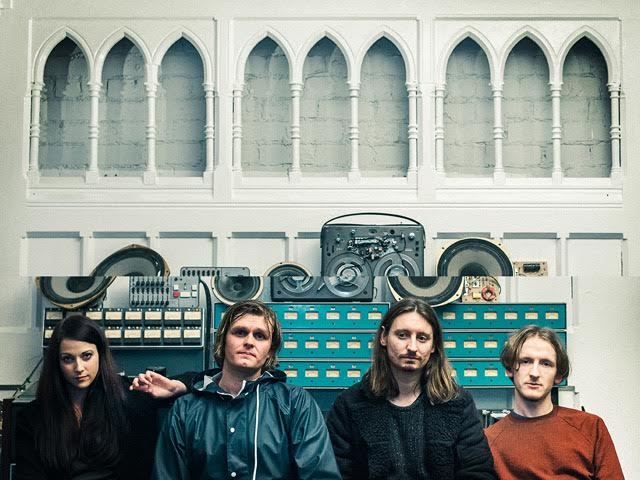 Post War Glamour Girls are celebrating the release of their third album ‘Swan Songs’ with a hometown gig at Brudenell Social Club.

The hotly tipped post-punk quartet ‘s new album will be released on Hide & Seek Records on April 17 and officially launched four days later at the Brudenell who have backed their career from the start.

Tackling themes of stress, anxiety, depression, the class system, religion, war and government, the four band members decamped to the remote village of Skerray on the North Coast of Scotland. Once they were in the middle of nowhere they got to work with producers Jamie Lockhart and Lee Smith from Greenmount Studios to disconnect from the world and place themselves entirely in the album recording.

Frontman and lyricist James Smith explains: “We decided with this album that we wanted to get lost during the recording process. To let it consume us entirely throughout. No distractions from our day to day lives. No dashing mid-take to get to work on time. No phone calls from our landlords. No other commitments. Just two solid weeks of living it.”

With no phone signal, no Wifi and not a lot of anything else to do, the band spent their days playing music for hours on end and their nights sitting round a table cooking for each other, drinking local whiskey and setting the world to rights.

This closeness and bond can be felt throughout the album, as James says “This record is the product of the band’s dependence on each other in isolation. It is a record of peace, love and understanding.”

The band will also be performing at Outlines Festival in Sheffield on March 4th and then heading out for a major UK tour at:

All words by Paul Clarke. You can find more from Paul in his Louder Than War author archive.