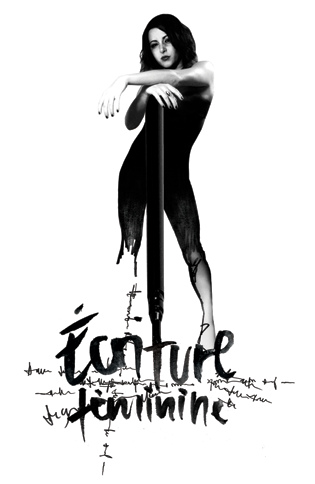 Last month, one day saw the wonderful sight of my social media news feed filled with the spiky post-punk stylings of the band Delta 5. The reason for this, the sad death of their drummer Kelvin Knight, was tragic, but it was also heartening to see that a band I’d always considered somewhat underrated clearly had a wider fanbase than I first thought.

The feminist Leeds quintet were part of a small wave of bands who took the concept of feminine ecriture, Helene Cixous’ theory of the female body linking female “differentation” in text, and made it musical in a way that showed women could do their own style of sexual demystifiction just as well as their male counterparts such as Gang of Four. So, here is 3 of my examples of demystifying feminine ecriture in post-punk, the musical era which mirrored the critical era in which much of this theory was being published.

1. DELTA 5- YOU. The inspiration for this feature tops this list for the sheer bluntness of it.Nine years after the publication of the The Female Eunuch, the idea that women expecting the best out of sex was a part of feminism in its itself was entrenched in theory, which is what makes Julz Sales disparaging vocals all the more relevant – and whats more, all the funnier. “Who likes sex/only on sundays/You, you , you!” she yelps over the funk-edged sound in a fashion which has set a prescedent for many a savvy frontwoman

2. AU PAIRS – COME AGAIN. Not a million miles away from “You”, with its bass-driven sound and demystifying lyrics on an exasperating sex life, this brims with an intelligent humour very much of the era. Sex and feminism was a minefield of ideology , and this coloured the postpunk landscape, with textbook feminists like the Raincoats and blatantly sexual figures like Throbbing Gristle’s Cosey Fanni Tutti, a former porn-as-art model, making a range of interesting music and art which could all fall under “the feminine ecriture” banner, either aurally evocative of the female body or directly inspired by it. “Come Again,” however, is probably one of the high points of cutting through it all to give a voice to the sexually frustrated female trying to get the best out of a sex life – possibly fuelled by politcal correctness – with tries to get some kind of equal balance, when in fact it serves only to drive to lovemakers long past the point of orgasmic saeity. The twinned vocal of Lesley Woods and Paul Foad make it sound like a potential relationship duet, but Woods strident lead and sarcastic edge elevate both her vocal and her role. “Is your finger aching/I can feel you hesitating” she sings in a distinctly female fashion before the two of them decide it was nice and they will do it again, before going to sleep. The post-punk era may well have opened the door for future frontwomen to sing about sexual dissatisifaction – (the Yeah Yeah Yeah’s “Bang” , Elastica’s “Stutter”), but the not-bad sex jus flawed, plus socio-sexual element of the bulk of the Au Pairs debut album, “Playing With A Different Sex” still makes them a truly reflective voice, using a distinctly feminine voice to “demystify” in a way which has become (unfairly) much more associated with male acts.

3. THE SLITS – TYPICAL GIRLS An obvious to the point of predictable choice, I simply couldn’t write this piece without mentioning The Slits. I’ve opted for this not just because of its firm feminist lyrics, which, even more crucially, certainly makes use of the female body “Typical girls/Worry about spots and fat” sings Ari Up in a snide takedown of media and societys expectations) and the way it takes a Lacanian, marketing-viewpoint slant beloved by many of the feminine ecriture critics (“Who invented the typical girl?/Whose bringing out the new improved model/ Its all just another marketing ploy…), but because it is one of their most representative songs in terms of Viv Albertine’s distinct, looping, non-demonstrative guitar sound, the kind that she has constantly said in interviews was borne of her wanting to play “like a girl”, and their is something quite distinct about it. The idea of feminine ecriture, then, can go beyond words themselves, and its initial impact of the music of its era has no doubt created a reverb right through to the female voice of today.