Home Blogs post punk and the concept of ‘total football rock’ – a top... 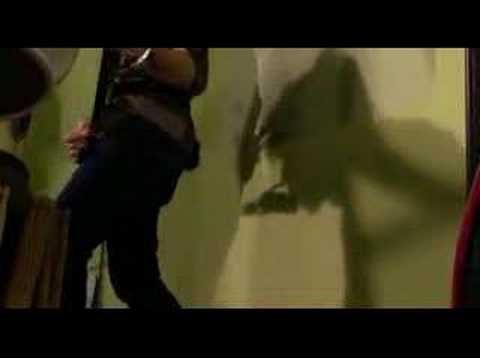 It was walking through Amsterdam airport that did it.

The perfect airport, where everything was in place and makes sense with an ergonomic ease- and it turns out that it was built with the concept of the thrilling and flowing Dutch football of the seventies in mind- that Johann Cruyff inspired model of total football and it took about thirty seconds to connect this theory of the perfect fluid machine where everyone plays lead at the same time and the people running off the ball are as important with the person with the ball to realise that this model applied perfectly to music as well. You know, that whole notion of each instrument playing lead but complementing everyone else.

It’s that idea that when you crank the bass up to play lead lines with its own often distorted monster groove and the guitars slashed around it and the drums played patterns that were not just 4/4 with the vocals just another part of the sound that the whole concept of rock as total football makes complete sense.

Steve Albini turned the art of gutteral bass, scratching guitar and fractured lead drums into a perfect science with his band. The perfect trio, they stripped the whole thing down to the bare bones but lost non of the complexity and the tension. A three piece is the perfect examination of this form – there are no passengers – everyone has to work their space but it’s not too few people that you lose all your tension and dynamic. Shellac have taken total football rock to its logical inclusion which is no bad thing for a bunch of baseball and poker fans who would have little interest in, ahem, ‘soccer’.

As we often point out the Stranglers are far too often written out the musical narative but their late seventies bass driven brilliance probablly pioneered this idea of total football rock where each member is playing a lead line at the same time and quite often in very different directions. Somehow the band made this into a sort of pop music by adding on a classic melodic touch.

The Total football rock band who are beloved by the media for their innovative releases. The Gang Of Four merged punk and funk and cranked the bass and drums and shrapnel guitar into a whole new blend that has come to typify post punk although was not the whole story of that strange and re written period.

The whole theory and idea describing this kind of music as total football rock started as an off kilter conversation with the Membranes. The key idea of the underground music in the eighties was this all playing lead thing and this remains true with the band who took this to a noisy extreme and especially now with their first album for twenty years where they still hook around the bass and each instrument plays its own key part in the make up and the tension and the dynamics of the song- the trad rock idea of tucking the bass into the background as an easy listening hum does not apply here.

At their best The Fall were a beast of band with Steve Hanley’s cranked bass providing a rattling rib cage of sound around Marc Riley and Craig Scanlon’s spindly guitars- mark Smith has recently said that it could be him and your granny and it would still be the Fall and there is an element of truth to this but the classic fall line up created the idiosyncratic sound for the band.