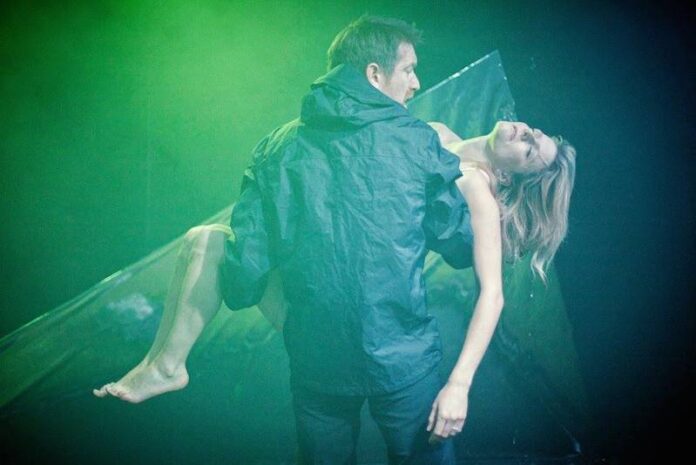 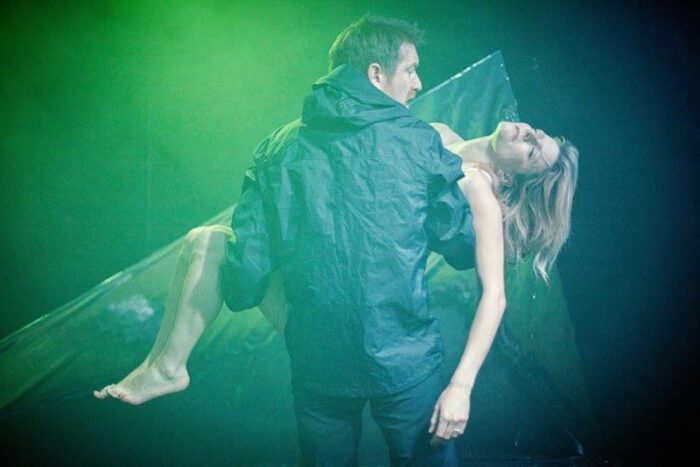 The first UK production of Portia Coughlin since 1996 runs in Islington until the 23rd of May 2015. A rare opportunity to see Marina Carr’s visceral evocation of tormented love, longing and loss.

Marina Carr is a playwright who does not shy from truth telling and tackling life’s challenges head on. Commissioned in 2003 by the Dublin’s National Maternity Hospital, as part of their centenary celebrations, Carr chose to create a poignant portrayal of a woman unable to love her children and disconnected from her own mother. Portia is a troubled protagonist who perhaps ought to inspire disapproval, yet compels all around her to express a protective love, concern and fear; though none can reach her or halt the path she is set on.

On one level, Portia Coughlan is the story of a woman in small town Ireland, deeply frustrated, trapped in a marriage she regrets, and unable to rebound from her twin brother’s death at the age of 15. On another Marina Carr’s tragic heroine, challenges expectations of womanhood, the hypocrisies of tradition, the mysteries and fascinations of twins, and the very difficult issue of suicide for those who take their life and those left behind. At London’s Old Red Lion Theatre, the first UK production since a run at The Royal Court in 1996, gritty subject matter is couched in dark humour and seamlessly performed by an eleven-strong cast, in director Bronagh Lagan’s moving interpretation. Nik Corrall’s evocative set, with clever sound and lighting design (Derek Anderson and Eamonn O’Dwyer), serve as Portia’s home, the local pub, and the riverside she visits daily. The audience is quickly drawn into a compelling hour and half long performance.

We meet Portia on her 30th birthday, surrounded by love yet beyond the reach of those who seek to engage her in the present day. Her drinking, her infidelities and rejection of her family are all part of the armour she has constructed to prevent connectivity, seduced by an ever-stronger pull from the River Belmont where her twin brother lost his life.

Susan Stanley as ‘Portia’ ignites the production with her destructive yet intoxicating passion. Although she shows disdain for wealthy and loyal husband ‘Raphael’ the sense of a marital bond is convincing. Playing ‘Raphael’, Ben Mulhern, (returning to the role he first played at The New Theatre Dublin in 2009) strikes the balance between frustration and concern. In a measured portrayal he delivers powerfully understated emotion. He perhaps endows his character with sensitivity that might not be found on the page by lesser actors.

Karen Cogan gives a touching performance as Portia’s stoical friend ‘Stacia’, who has lost one eye and is cruelly referred to in the town as the ‘Cyclops of Coolinarney’. Her character gently engages whilst expressing her fearfulness of the emotional torment that overwhelms ‘Portia’. As to the male admirers Allan Devally is the smouldering, willing lover ‘Damus’, frustrated by ‘Portia’s’ fading attentions, and Conan Sweeny gives a colourful delivery as ‘Fintan Goolan’, the hopeful cowboy- booted barman who ‘Portia’ toys with.

Whilst her parents ‘Marianne’ and ‘Sly’ played respectively  by Susan Cummins and Christopher Dunne, urge Portia towards pragmatism, having had to settle for their lot in life (wherein an unexpected twist emerges), Carr’s dialogue gifts all the characters with true to life dark humour. ‘Maggie May’, a gentle soul who’s lived a former life as a prostitute, (played by Veronica Quilligan with lightness and flair) says of her loyal, yet simple husband: ‘Senchil wasn’t born – he was knitted on a wet Sunday afternoon”. Digestive biscuit munching ‘Senchil’ is brought to life in an affectionate characterisation by James Holmes. Portia’s wheelchair bound grandmother ‘Blaize’, the cruel matriarch of the family, delivers some post funereal tension breaking: “From here-on-in it’s only bitterness and gums.”

It would be remiss not to mention Keith Ramsa, playing the ghost of Portia’s brother ‘Gabriel’ whose lingering presence so dominates her actions.

The structure of the play offers the audience not just tragedy but insight into the layers of complexity within the destructive behaviours and inevitable outcomes. Bronagh Lagan’s direction includes a powerfully choreographed evocation of ‘Portia’s’ departure, before the drama progresses to the backstory of the characters, offering the audience hindsight and reflection.

All words by Bryony Hegarty. More writing by Bryony on Louder Than War can be found at her author’s archive.