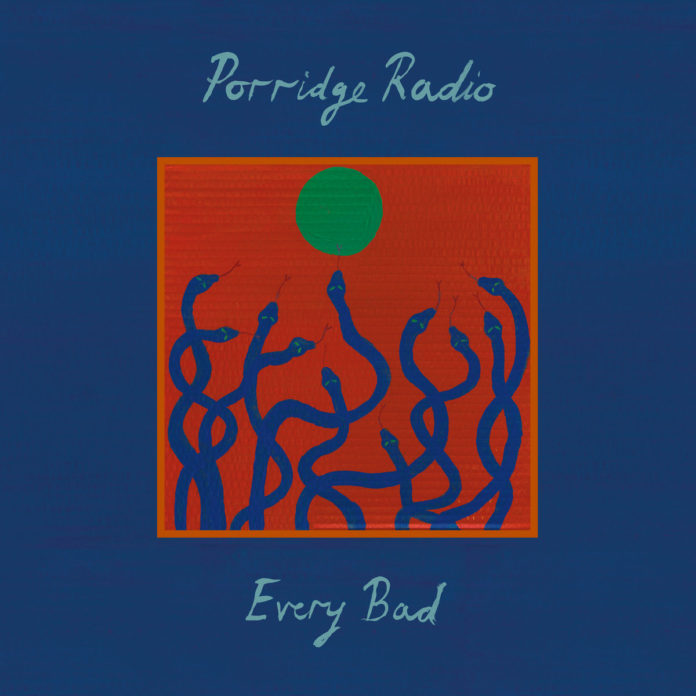 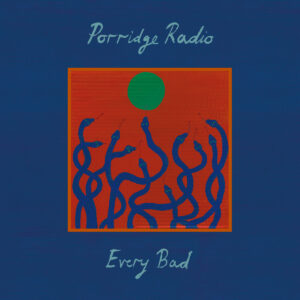 On Every Bad, Porridge Radio prove themselves to be one of the UK’s most exciting rising acts. It’s an album full of explosive anthems and raw emotion. Elliott Simpson reviews.

Porridge Radio has been bubbling under the surface of the UK music scene for a long time now. Conceived in 2015 as a DIY solo project by singer and guitarist Dana Margolin, it quickly grew out into a four-piece band. Now, with their first album for beloved indie label Secretly Canadian, it feels like they’re ready for their time in the spotlight.

Every Bad feels like a reset of sorts; the perfect entry point for anyone intimidated by the size of Porridge Radio’s vast Bandcamp back catalogue. It’s also their boldest and most cohesive project as well. Margolin’s songwriting has never been stronger, and the band’s sound more adventurous.

Opener Born Confused does a good job of encapsulating what Porridge Radio is about. Over a restless guitar, Margolin reflects on a recent break-up, trying to work out whether she’s better off by herself. “Thank you for leaving me, thank you for making me happy,” she chants over and over again like a mantra. By the end of the song, the rest of the band have fallen away and all that’s left is Margolin screaming and madly strumming her guitar.

Raw emotion runs through the veins of Every Bad. Margolin offers her struggles up to the listener uncensored – whether it’s her trying to find her place in the world or struggling with depression – and invites us to find ourselves in her lyrics.

Many of the album’s best songs are direct in their focus, such as the stunning Give/Take. Perhaps the poppiest moment on the album, it sees Margolin flip between worrying that she takes too much in a relationship, and worrying that she’s giving away too much. There’s an underlying tension to the song that erupts in its final moments when the instruments swell and the calmness in her voice bleeds away.

Margolin’s lyrics can also be much more oblique in places, and the sea, in particular, is a recurring image throughout the album. Nephews has an almost fairytale-like quality to it, with Margolin singing about two nephews living under the sea, while Homecoming Song sees her describe herself as “a sinking ship with nothing inside.” Even when Margolin is at her most cryptic, her lyrics are still easy to connect with. Her voice is raw and expressive, and you can always grasp the emotions she’s trying to get across.

Musically, most of the songs on Every Bad stick to the standard indie rock template of guitar, bass, drums, and keyboard. There’s a certain post-punk flavour to the band’s overall sound that calls to mind classic acts such as Joy Division and The Cure. While it’s a well-traversed sound at this stage, Porridge Radio does it well.

On a few tracks, the band even takes some unexpected sonic detours. The most exciting of these is (Something), which is led by autotuned vocals that call to mind modern pop acts like Charli XCX. On the other end of the scale is the dramatic Lilac, which features lush, swelling strings that lend Margolin’s lyrics an extra touch of gravitas. It helps prevent the album from feeling one-note and hints at what directions the band might move in on future releases.

Trading off the lo-fi aesthetic of Porridge Radio’s earlier releases for a richer sound, Every Bad feels like the band’s most definitive statement yet. It’s thrilling, expressive, and full of anthems that are ready to set fire to the hearts of a new legion of fans.

All words by Elliott Simpson. More writing by Elliott for Louder Than can be found at his author’s archive and other work on his portfolio.