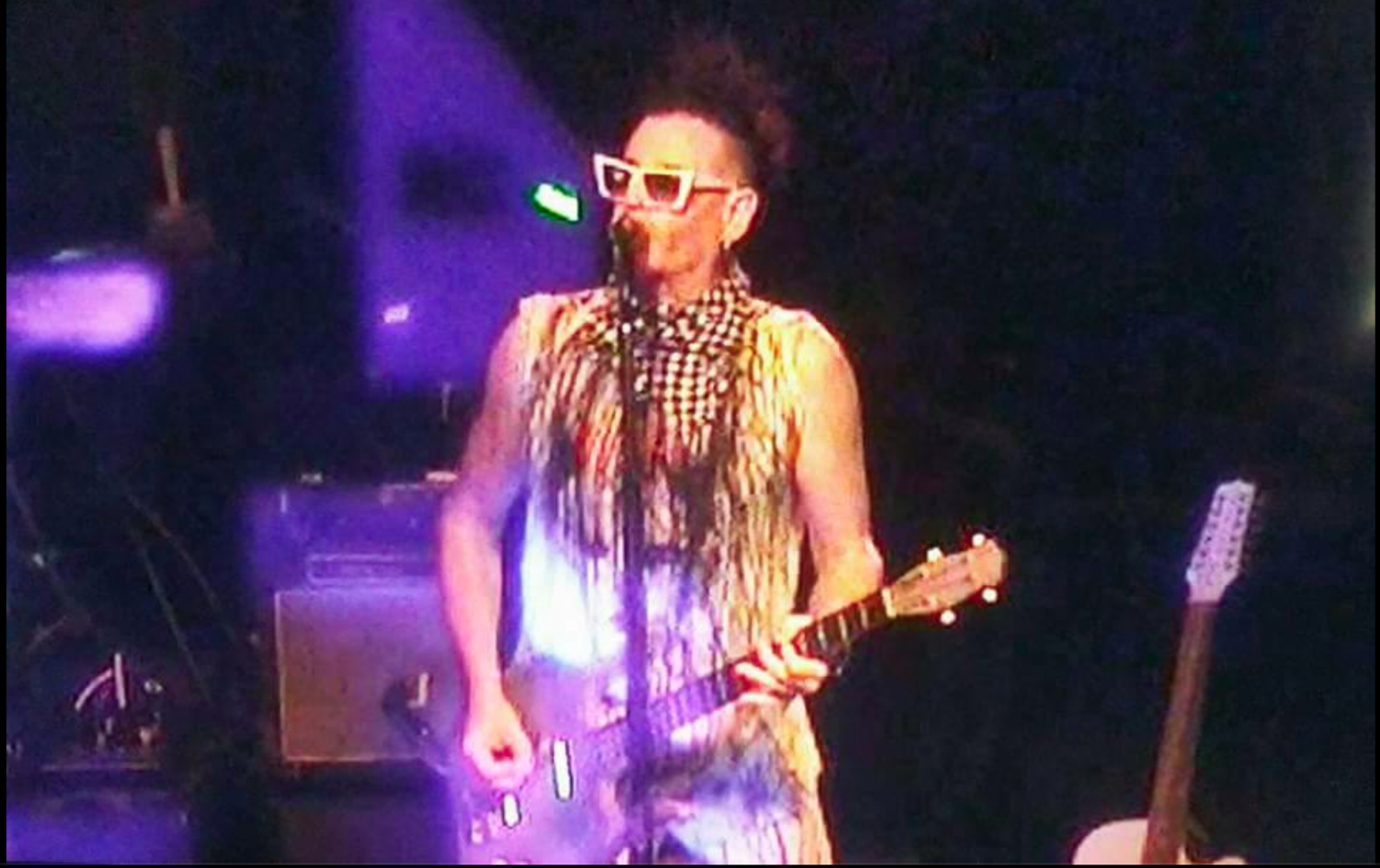 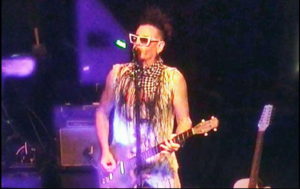 Live Review
Daniel Ash and Kevin Haskins, formerly of Bauhaus, hit the road with their new project playing mainly the songs of their great underground band Tones On Tail. Vincent Damien Forrest flew 8000 miles to see what it was like..and was blown away. (full interview with Daniel Ash here)

For those not in the know yet POPTONE are 50% of that majestic art rock band that started the genre known as “Goth rock” – Bauhaus and their fabulous offshoot acts, the other worldly Tones On Tail and also the USA chart hitting Love & Rockets.
Now after a gap of almost a decade of playing any live shows namely Daniel Ash/Kevin Haskins have returned with this power trio that now includes Haskins daughter Diva Dompe on bass/keyboards and what a show they bring folk’s!
It’s one that’s full of fire and right on the money going through tracks that in some cases haven’t actually seen the light of day on a stage since 1984 no less.
Starting with the slow burning number I Feel Speed, Mirror People, Movement Of Fear, Christian Says, Go!, Lions and many more as well as covering many Rockets classics as well as Tones tunes. It’s a set that takes you back to their mid 80s birth and seeing them performed with a cool 21st century makeover that leaves the audience totally wanting more.
Rumour has it that they’re bound for a UK/European tour later in 2018 and this only adds to the suspense for the fans. Ash simply oozes coolness onstage, as does the songs he attacks them with gusto and a skill with total passion in the only way he knows best…..the rest if the band are right there with him giving a performance that can only be described as awesomeness guaranteed!!
10/10 and not one dull moment over 2 nights of musical bliss that this author simply had to travel to to witness with the naked eye…and an 8000 mile round journey that was well worth the pilgrimage indeed.