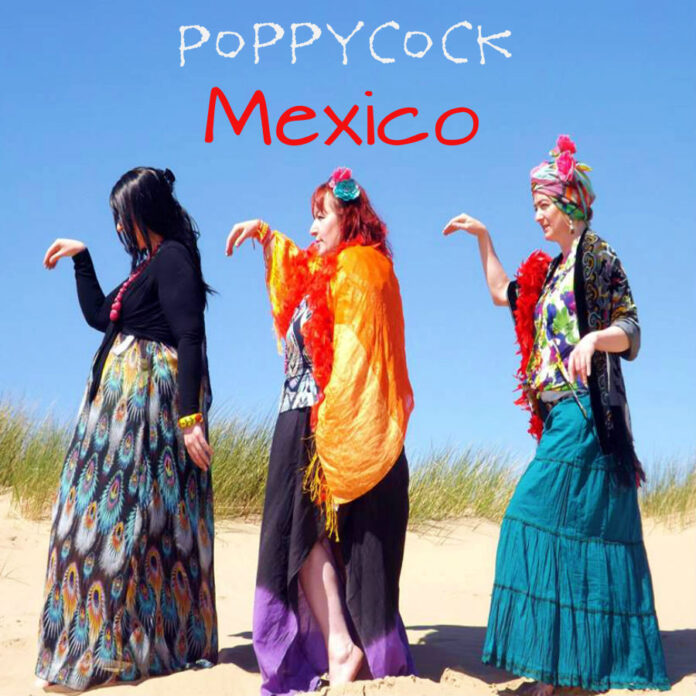 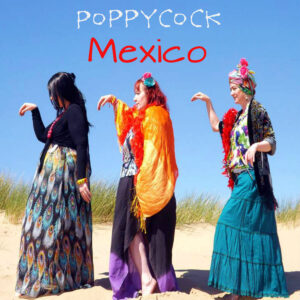 Keyboard player with the ‘Bingo Masters Breakout’ line up of the Fall and later the brilliant Blue Orchids, Una Baines is one of the original heroes of the Salford, Manchester Musick Scene-ah.  She is currently a member of Poppycock, who release their debut single.

We don’t tend to do reviews of that old-fashioned format ‘the single’ on LTW, except when they are a bit special, like this one.

Poppycock are a mainly female collective of young and old-er ‘conscious’ artists who make music for fun and for arts sake on minimal budget with maximum love. Una Baines is one of them.  She was the Falls equivalent to Mo Tucker, sort of, in their early years. Except she played keyboards in as distinctive and untutored a way as Maureen played the drums in the Velvets.

Running parallel to the formation of Poppycock in 2012 was an acclaimed archive re-release on an album she was involved with by a band called the Fates  (which I recommend that you read about in a beautiful review at the Quietus here and an interview here.) There is more info on Poppycock on Bob Osbornes weblog here and the video to one of the tracks on Poppycocks debut single on German Shepherd is below.  It’s a bit amateur-dramatics but looked like a fun day-out at the beach!

Musically it’s got something of the charm of the early Raincoats about it.  Feminist fun and frolics with fire in its belly and a nice way with a tune.  Totally out-of-kilter with business-orientated rock in 2015 and therefore worthy of your attention.

‘Cleaning Woman’ is wonderful too. Sounding like a Manc Shangri-la’s re-writing ‘Cool Jerk’ for their sisters who are tired of tidying up after slobby males. Being a democratic collective though even Henry the Hoover is credited, despite his part in shackling the sisterhood to domesticity.

A cool single. Lets hope there is more to come.

Buy the two tracks here. They have another song on this Salford Streets Homelessness Charity album here – which in itself acts as a great introduction to the strange world of German Shepherd records.

Practically once a week German Shepherd release a bizare, haphazard, mutant disco, agit-prop un-pop bit of Salford electro weirdness. Its probably the most prolific label in the counrty – and OK the quality might range from the sublime to the ridiculous but its never dull!

German Shepherds website and full back catalogue is here.