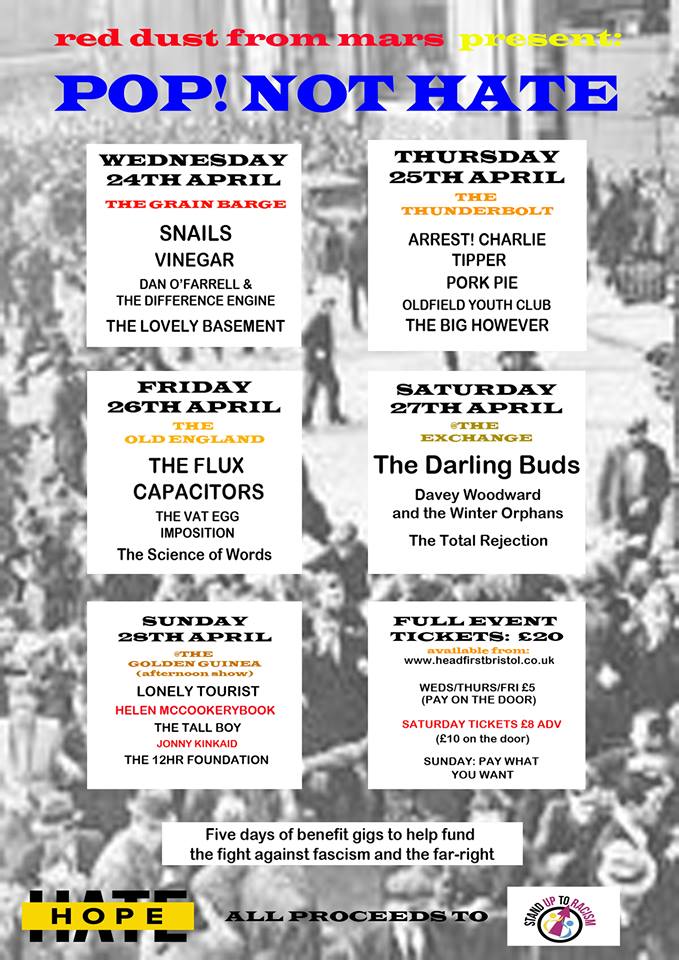 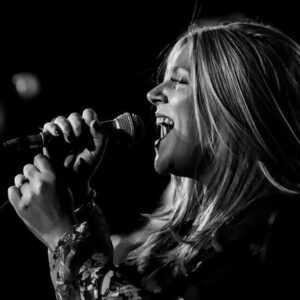 POP! NOT HATE  – Bristol Indie-Pop Festival over Five Days, various venues, headlined by Darling Buds in aid of Hope Not Hate and Stand Up to Racism.

It stood in opposition to the greed and Yuppie credo of the times. The bands were left-leaning, if not old-school Socialists.  Thirty-three years on, a bunch of Bristol indie musicians decided its time to make a stand against the rise of intolerance…

Pop! Not Hate is a series of gigs being organised to raise money for two organisations who are working tirelessly to oppose the rise of the far-right in this country – Hope Not Hate and Stand Up to Racism. Think of it as a modern version of Rock Against Racism if you will, but with indie music at its heart.

Andrew from the Total Rejection said, “We’re all deeply saddened and depressed by the way the world has been taken over by people who’ve learnt nothing from history!”

Jon Kent (Bristol based musician, photographer and author) added, ‘When I first started getting into music there was The Jam, Billy Bragg and The Tom Robinson Band. There was Rock against Racism and Red Wedge. Not only was I introduced to great music but it introduced me to politics as well and opening up my eyes as to what was going on in the world.’

Starting with a festival in Bristol, featuring five gigs in five days at five different venues, with all proceeds after venue costs going directly to the organisations mentioned above.

Full details of bands, venues etc on the poster below. Followed by a few great examples of the kind of music to expect – not just Indie Jangle. -Garage Rock,  Erudite Protest, Surf-Blues… Bristols finest underground Pop! 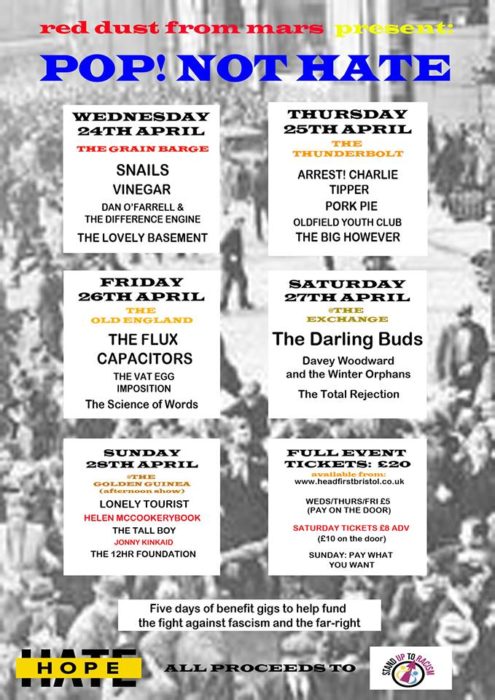 Tim Rippington and members of the Charlie Tipper band are among the festival organisers and this brand new track is then at their best.

…with guests from Southampton – Dan O ‘Farrell was previously front man for post C86 pop band Accrington Stanley.  One of the UK’s most under-rated songwriters.

Top of the bill on the Saturday at the Exchange –  the Darling Buds! Nuff Said.

Friday headliner at the Old English the mighty Flux Capacitors – a Top Ten entry in LTW’s albums of the year 2018 – a former Blue Aeroplane and her Boy Friday.  (Not jangly by the way – they rock.)

If you are in or near Bristol give these gigs your support.  Pop! Not Hate!  Protest you can dance to.

There is also a major London gig taking place at The Lexington in May, with The Band of Holy Joy in the headline slot.  Outside of Bristol there’s are these dates as well:
BATH (The Royal Oak) – 10th May
LEEDS (Hyde Park Book Club) – 11th May
LIVERPOOL (81 Renshaw) – 12th May
LONDON (The Lexington) – 26th May
SOUTHAMPTON (The Alex) – 31st May TBC
NEWPORT (Le Pub) – 11th July
SHEFFIELD – 12th July (TBC)