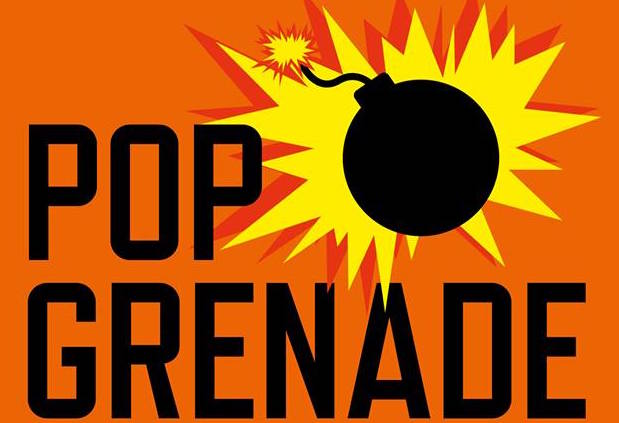 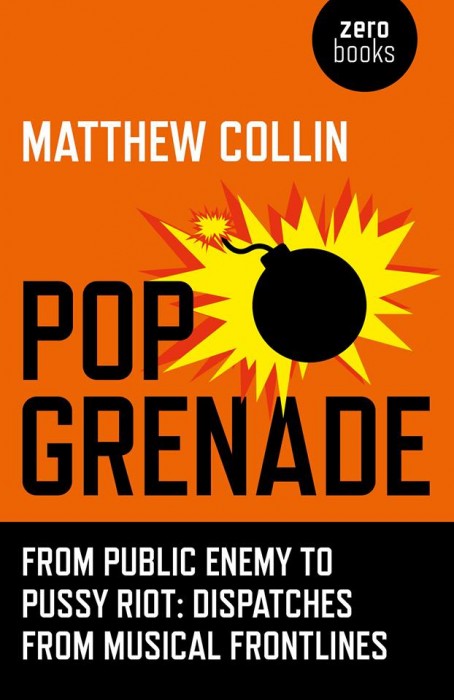 Milica Mancic reviews the new book about music and politics by Matthew Collin, which has been described by Irvine Welsh as “an amazing collection of tales of inspirational courage and madness from the front line of popular culture”.

The story begins in the desert expanses of Tunisia, crosses four continents and ends up in the prison colonies of Russia. Sounds like a thriller? That’s not far from the truth.

But Matthew Collin’s ‘Pop Grenade’ is more than that: it’s a dizzying journey through a contemporary soundtrack of rebellion, social changes and war, imbued with personal experience, lyrical descriptions of diverse landscapes and colourful portraits of some of the most important figures in contemporary global culture, politics, music and society in general.

‘Pop Grenade’ is a series of highly personal reports from the front lines of contemporary culture – the story of the writer’s personal relationships with various musicians who have left a mark on their times, from hip-hop stars through techno DJs to bizarre pop singers from tiny countries and world-famous punk super-heroines. Hence the subtitle, ‘From Public Enemy to Pussy Riot: Dispatches from Musical Frontlines’.

Collin is a journalist with experience in music magazines as well as having been a foreign correspondent for international media like the BBC and Al Jazeera. His career and adventurous spirit have taken him to various parts of the world at their most interesting moments, and his narrative skills also gave us the books ‘Altered State’, a guide to the history of the rave scene, ‘This is Serbia Calling’ and ‘The Time of the Rebels’.

‘Pop Grenade’ is something completely different, however. In the book, Collin combines autobiographical moments with the events of the recent past enhanced with descriptions from his notes, newspaper articles, books, conversations and television reports. All these fragments have been integrated to convey a sense of these musical events and their creators.

These include the rap music that accompanied the Arab Spring and its precursors, hip-hop ‘prophets’ Public Enemy and their musical and political struggles, through the Love Parade in Berlin after the fall of the Berlin Wall and then the commercialisation of this unique techno phenomenon. Then there are stories about the European Teknival sound-system scene that read like a thriller set amid the war in Bosnia whose main character exists in a trance induced by electronic beats and various substances, romantic descriptions of Istanbul during the struggle for the preservation of the city’s urban culture, and tragic stories of the darkness that lies behind modern Russian expansionist politics as personified by Vladimir Putin.

The book is rich in description and skilfully painted landscapes, but these are by no means the grand total of Collin’s style – his storytelling is also dynamic and at times very witty, but it’s always entertaining along this vertiginous journey from one end of the musical world to another.

More information on ‘Pop Grenade’ can be found here: zero-books.net/books/pop-grenade.