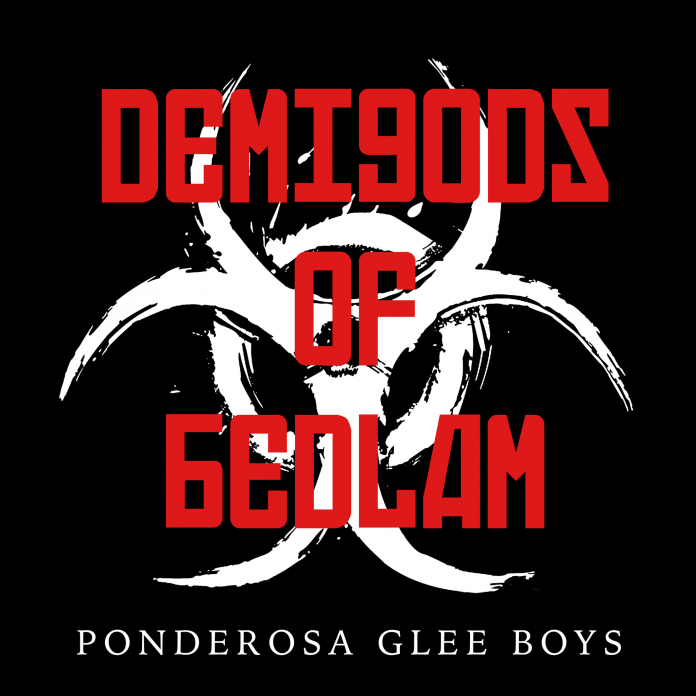 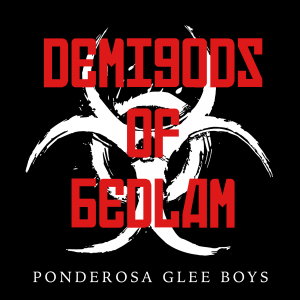 The story of the Ponderosa Glee Boys is a strange one. It involves catching the initial flame of punk, a brief run into the light, a hasty retreat and a long-overdue return. It is a tale of disappointment, let downs and, ultimately, redemption. And as with all good stories, there are lessons to be learned along the way.

The Ponderosa Glee Boys sprang out of the late 70’s Eric’s crowd, along with the likes of Echo and the Bunnymen, Wah and The Teardrop Explodes. Encouraged to start a band by none other than scenester and tastemaker Jayne Casey, Ponderosa Glee Boys plied a fine line of post-punk, influenced more by the likes of Public Image Ltd rather than the New York/Velvet Underground school followed by many of the Liverpool bands at the time.

The Glee Boys quickly stood out and they became a recognised name. John Peel was an early fan and the band recorded a session for his show in 1981. For a while, things went well. Managed by the inestimable Doreen Allen, gigs at Eric’s, Brady’s, the Royal Court and 1981’s Futurama Festival helped build their reputation, as did signing to Inevitable Records

Their good luck came to an end when Inevitable went bust before any of their records could be released, though some high profile gigs and a lack of recorded material proved to be a potent mix for creating a mystique that kept the band in the minds of those involved in Liverpool’s music scene at the time.

Fast forwarding to 2017, somewhere, somehow, the idea that the band had some unfinished business was still swirling around. Carl was asked to reform the band for one last time to perform at a charity benefit to raise money for the homeless in Liverpool. The trouble was he had emigrated to Australia, putting over 10,000 miles between the man and his legend.

A plan was hatched where they would get together, play one gig then disappear to the winds once more. The new lineup included not only Eaton and guitarist Dave Banks, but also the mercurial talents of Mike Mooney, a Liverpool guitarist who can include Echo & the Bunnymen, Psychedelic Furs, Spiritualized and Massive Attack on his CV.

Rather than rehash past glories, the Glee Boys decided that an entirely new set would be written. Once the sleeping creativity had been reawakened, the desire to carry on came with it. Eaton himself said “we carried on because music got its claws back in us and the buzz around the Ponderosa Glee Boys thing was back again, still waiting for us in Liverpool, the place it all started. We had such a short time together for the reunion and we were developing musically together again and the Ideas for new songs just kept coming.”

The result of this was a second December visit in 2018 to Liverpool, this time to promote Awake, a debut album that was 41 years in the making. Awake was an album that delivered on all of the band’s early promise, an updating of their post-punk attack, Eaton again: “AWAKE was a monster in that the songs were all written only ever to be heard once, live at the District in Liverpool. The new songs had to have the Glee Boys make up, but also be relevant in 2018. We were then supposed to fade back out into normality. The idea of an album surfaced and we thought it would be a solid document of the band’s existence by finally recording something.”

The upshot of all this is that, after a four-decade-long wait, momentum was again building up for the Glee Boys, but then along came a global pandemic that kept Carl and the rest of the band on different continents. Carl decided to continue writing and recording in Australia. The result of these labours is second album, Demigods of Bedlam.

If nothing else, you have to admire the determination and resolve that this album represents. As is to be expected, the sound of the music has changed as Carl, shorn of his band wrote and recorded the songs on his own and used additional local guest musicians to add to the sound.

The resulting album is dense, tense and epic. The title track is up first and starts things of in a suitably eerie manner. A reverb-soaked drum beat starts off, slow and heavy, before a nursery rhyme like riff floats to the surface. Eaton’s voice comes in, sounding like it is being sung from far away, chanting “Welcome to the freak show, welcome to the crazy house” The overall effect is similar to watching the opening sequence of a horror film and we could be forgiven for wondering just what we have let ourselves in for.

The state of the world is still very much on Eaton’s mind and this song is his response, with its almost industrial layers of sound and air of paranoia. There is an air of hope in the gloom as Eaton singing “waiting for the sun to shine” is as close to a chorus as we’re going to get.

Second track Walls Keep Falling is a more straightforward rock song that puts me in mind of Louder Than War favourites Inca Babies. When the Ponderosa Glee Boys put their minds to it they can rock out with the best of them. Waiting For The Sun carries on from here with a fast-paced motorik drum beat and rapid-fire vocals creating what would undoubtedly be a live favourite as soon as the band are able to return to the stage.

Asylum brings back the dense layers that started the album and somehow manages to combine this with the feel of an epic rock song with gothic undertones, conjuring images of the band shrouded in dry ice. Time Flies dials up the epicness to 11 and is not the only song on the album to do so. For a record that was written and recorded almost solo, there is a strong live, crowd-friendly vibe to a lot of the songs it contains.

Next song Wait occupies the ground between The Chameleons and House of Love. Not for the first time in my life I come to the conclusion that the difference between a hugely successful band and a relatively unknown one is luck and not talent. It is easy to feel that with the right breaks, Ponderosa Glee Boys would command a sizeable following and would be occupying slots towards the top of the bill at festivals. Life can be cruel sometimes and realising that the cream does not necessarily rise to the top can be a hard part of growing up.

Stay is a mid-paced brooder of a song that looks to Psychedelic Furs for its influences and features minimal but effective piano as a counterpoint to its moody guitar and bass foundations. Too Late Tomorrow returns to epic pastures and, to my mind, is the album’s highlight. It is big and bold to the point of being almost grandiose. It is such a widescreen epic that it could be the first post-punk Bond theme. In fact, it is more than that. I can imagine the likes of Shirley Bassey and a full orchestra taking this song to its natural conclusion. Oh please let that happen!

After the peaks of Too Late Tomorrow, Is It Real provides us with a soft landing, with the percussion quite muted and a pillow-soft melody for Eaton to sing over. His voice has never sounded better, his basso profundo bringing gravitas to the songs. Give Me Some Peace is another full-on soon-to-be live stormer complete with a singalong la-la-la chorus. Even with its echoes of Magazine, this is an up to date sound that bands half the age of Ponderosa Glee Boys would give their effects pedals for.

Final track Up In Smoke takes us back to the creepy atmospherics of the opening track, with Eaton sounding like he is using a megaphone rather than a mic to get his lyrics across as he sings “Well fuck religion, they’ve got you down on your knees, they’ve got their hands in your pocket” They may have their hands in your pockets, but Carl Eaton wears his heart on his sleeve, and thank fuck for that.

The Ponderosa Glee Boys have progressed from their post-punk roots and have created a new vision that is hard to pin down or pigeonhole apart from saying that they exist on the leftfield side of the arena.

Their progress has been dogged and delayed by bad luck and bad timing but they are nonetheless building up momentum once again. Now that gigs have restarted, it would be good to think that Ponderosa Glee Boys can again take to the stage and bring these songs to life on stage.

Their story may well be strange, but it is not yet over.

All words by Banjo. Find his author’s archive here.