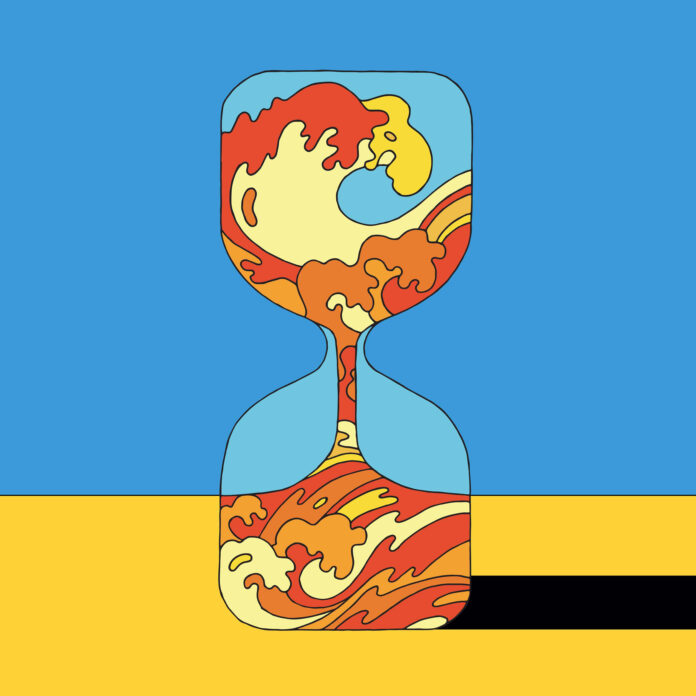 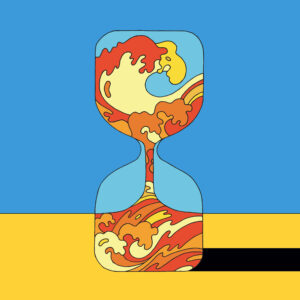 Cyclorama is a dream pop wet dream. Yes, you read that right. However, although the main focus appears to be a dream pop electronic vibe, stand-out Ani-Kuni differs from this providing waves of balearic beats making it a perfect summer house track. Although the duo is French and sometimes sing in French, a lot of the tracks are either instrumental or sung in English.

Speaking about the thematic impetus behind the album, Alexandre & Paul note; “Cyclorama is a musical odyssey through the steps of human existence from birth to adulthood to death… and transcendence. After our first journey in space with Caravelle, we can’t wait to take you on a hedonistic excursion through time with Cyclorama.”

The opening track Côme sets the tone for the album with a heartbeat starting slow and picking back up again; sort of like life in reverse. The use of woodland instruments throughout the album adds a fairytale aspect, it lightens and softens the tracks in which they are used. When the track kicks in it reminds me of a song you would hear on a Nintendo game, or a soundtrack you would hear on a children’s cartoon film.

The following track is the single release Ani-Kuni, which is most definitely the album stand-out. It brings about a joyous atmosphere with a solid Ibiza groove and balearic beats radiating a real summer euphoria feeling. The closest you get to Ani-Kuni on the album is probably Melody, and Jiminy. The rest of the tracks are very heavily dream-pop based.

Magic is sampled from the iconic 1974 track Magic by Scottish rock band Pilot. Although a fan of a sample, I thought the song felt a bit lost without it, and the track came back to life when the sample appeared again towards the end.

Attrape-rêve translated to ‘Dream Catcher’ is a tantalising scenic track with a speakeasy vibe, the lyrics speak of a dream which etches on reality. Oasis also carries a scenic image creating some sort of hippie-punjabi infused wonderland, as does Artemis a track admiring the daughter of Zeus, warrior, and goddess of wild animals, the hunt, and vegetation and of chastity and childbirth. The recurring theme throughout is, life and death, and the wonderful and beautiful things (les jolies choses) life and beyond has to offer.

To seal off the album is Peter Pan, which is also on Polo & Pan’s Feel Good EP. Retreating back to childhood is the closing track, where the duo reference Tarzan and Mary Jane as well as Captain Hook, and of course Peter Pan and Tinkerbell. The use of Peter Pan and Neverland refers to not growing up, but on the contrary the album talks of the cycle of life and death and adulthood is just that – forever being on the cusp of wanting to be a child for all of eternity but adapting to life and the future as it is.

Polo & Pan really do tell a beautiful cinematic story throughout with the use of woodland instruments being incorporated and the lyrics being told, but I felt as though the album fell flat in some parts such as sampled track Magic, Bilboquet (Sirba), and Les Jolies Choses – there was just something missing. The use of woodland instruments creates a rather innocent mood, but what about trying brass instruments that would do the opposite? The album just needs a bit more versatility in order to have it thoroughly mastered. The direction the album was heading with second track Ani Kuni, I would’ve liked to have seen been taken all of the way but nonetheless Cyclorama remains in traditional Polo & Pan style.