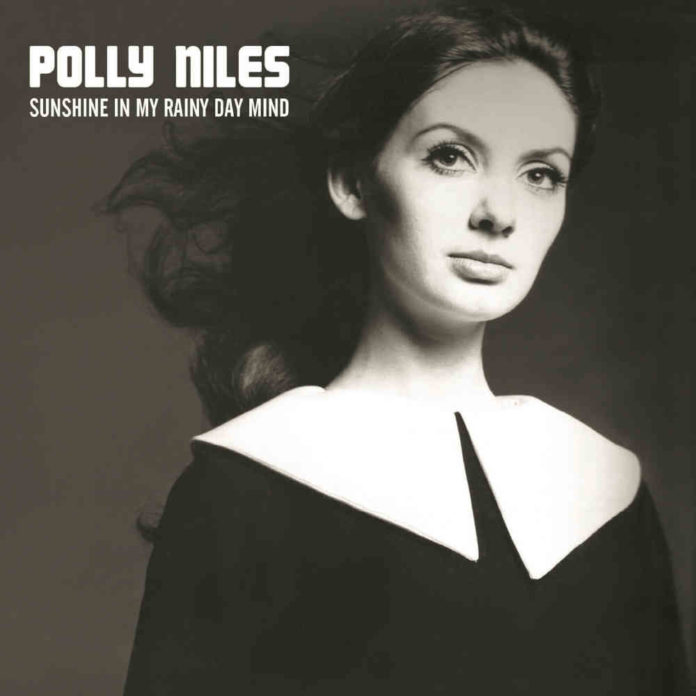 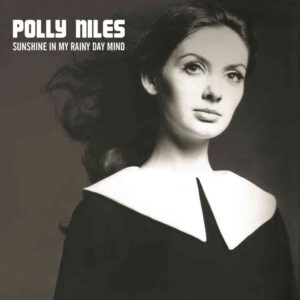 Hailing from Staten Island New York, Polly Niles (nee Grannis) had more than one string to her bow. She modelled extensively, acted (she had a role in 1972 Blaxploitation flick Superfly), played guitar and also sang. To achieve these ends she spent a year studying at the American Academy Of Performing Arts in Manhattan. After receiving further acting training at the Wynn Hardman School Of Acting she subsequently did television advertising work in front of the camera and also some voiceovers. This in turn led to more work on the google box, appearing in sketches on the Tonight Show.

Whilst working onstage in Boston in a production of the farce Charley’s Aunt she met Elliot Charles Adnopoz, otherwise known as folk music legend Ramblin’ Jack Elliott. They married and had a child named Maggie, but their relationship was brief. It did however bring Niles into the orbit of a great many well known US folk singers and she began her own music career in earnest as a result. In the late 60s she somehow made a connection with notoriously faddy cash-in label Ember Records and their mainman Jeff Kruger, who brought her over to London to record a LP.

The album itself is a fair orchestrated folk record that dips regularly into soul and R&B. There’s no doubt that Polly was a versatile singer, but this proved to be her Achilles heel here as she moves from one vocal style to another, not settling into any one mode long enough for this listener to see her talents blossom. This at times gives the record a somewhat disjointed feel, with Ember’s orchestra poking in a lot of times when it wasn’t really needed. Sometimes they work well together, like on the nice funk/soul of If I Let You, but on others they threaten to smother her voice.

Also the musical frills feel a bit “bolted on” in places, not really suiting the material. The worst offender here is the cover of Johnny Cash’s I Walk The Line where the strings are just horrible! Way, way too chintzy and jokey sounding. The song was not really a good fit for Polly even without these frankly shoddy accoutrements. The version of For What It’s Worth by Stephen Stills suffers a little from these queasy violins too.

But there is also much to enjoy too on Sunshine In My Rainy Day Mind. Polly herself performs very well on the whole and her take on Neil Young’s I Am A Child is lovely, with a stomping ersatz-Motown beat. The following and funky East Virginia and Bang Bang (nothing to do with B.A. Robertson or Squeeze!) help to give the album a good momentum, which is frittered away by an iffy mid-section. Only If I Let You emerges with real credit and it’s not until Since I Lost You Baby (an aborted single for Ember, with The Milk Of The Tree as the flipside) that thing really get back on track.

For What It’s Worth just about survives those heinous strings and the title track is a true gem, lovely late psychedelic pop/soul. Get High On Jesus ends Sunshine In My Rainy Mind on a good note. It has a fine rocking musical landscape that for once doesn’t threaten to sink the song itself and a gospel choir, with Polly gently taking the rise out of the spiritual side in a charming style. The last two tracks were also readied as a single, but suffered the same fate as Since I Lost You Baby

After the album on this disc we get the Since I Lost You Baby/The Milk Of The Tree single, one that got as far as the acetate stage before being dropped from the Ember’s release schedule. The a-side could have easily made the charts, a high-production values piece of sparkling MOR pop with real hit potential. It was a rum decision by the record company not to give this record a try even if they didn’t want to issue the album it was from. The Milk Of The Tree is very pretty folk pop and together the pair do make for a great single. The remaining bonuses on this disc are mono versions of album tracks.

The bonus second disc starts with really cracking takes of Sunshine In My Rainy Day Mind and East Virginia. By just using guitar, tambourine, harmonica and gentle percussion, these versions give Polly’s voice the chance to shine and boy does it. Then come six “final” mixes, which seem to be demos for the album proper. While a bit more intricate than the above, they are still far less cluttered than the album versions and really just much better. It really becomes Polly’s record on these tracks and not just a swamp of unwanted strings. I can’t help but wish that the whole LP had been produced with this kind of restraint. Perhaps presented in this way with The Milk Of The Tree substituting for I Walk The Line, we would be talking about something very special.

Then we have some 2019 mixes of the album tracks, which are pretty good and clear sounding, but those damn strings are strings are still detectable on I Walk The Line! Four more mono versions finish off this collection. For me, the second disc is a real bonus as the tracks heard here are far better than the unreleased album takes.

Ember decided to not issue the album and it has remained in the can ever since. Those two singles were readied for production only to be scraped and the only track to be released at the time was Sunshine In My Rainy Mind, on a Ember various artists collection “Future Star Explosion”.

As the 70s wore on Polly retreated from the spotlight and now lives quietly in Florida. Whilst not quite a “lost classic” Sunshine In My Rainy Day Mind could have been a very good and successful LP if it was actually released and if Ember had given their orchestra a day off. The subtler, simpler versions on disc two gave the performer and songs a chance to breath and as a result are enchanting. The LP takes tend to clutter things up and add unnecessary stuff. Taken as a whole though, Sunshine In My Rainy Day Mind is worthy of attention.

All words by Ian Canty – see his author profile here</strong>